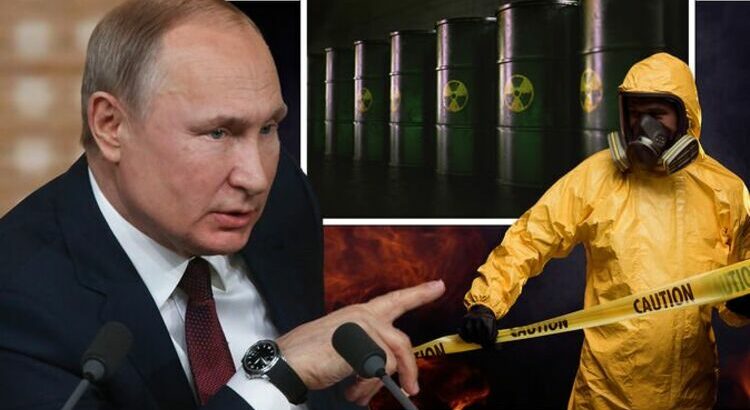 The US President confirmed Russia has used its new generation hypersonic missiles in Ukraine, saying it’s the “only thing” that can get through Ukraine’s air defences with “absolute certainty”.

As Russian forces continue to be met with fierce Ukrainian resistance, Biden warned that the missiles are “almost impossible to stop” before issuing the warning on biological and chemical weapons saying we “should be careful about what’s to come”.

Asked if their use would be a war crime, business minister Paul Scully said “undoubtedly”.

Iryna Vereshchuk did not announce any new agreements with Russia to allow safe passage for residents adding “we are focusing on evacuations from Mariupol”.

On Monday, 3,000 people managed to escape Mariupol but heavy shelling was also reported along a humanitarian corridor near Zaporizhzhia.

In its latest update, the MoD said dispute heavy fighting, Russia is yet to seize the southern city, which has come under heavy shelling in the past few weeks.

The update added that Russia suffered “yet another day of limited progress” as forces are “stalled in places”.

However, it added: “Several Ukrainian cities continue to suffer heavy Russia air and artillery bombardment with the UN reporting that more than ten million Ukrainians are now internally displaced”.

Good morning I’m Francesca Edwards, I’ll be bringing you all the latest developments on Russia and Ukraine for the next eight hours. Please feel free to get in touch with me as I work if you have a story or tips to share! Your thoughts are always welcome.