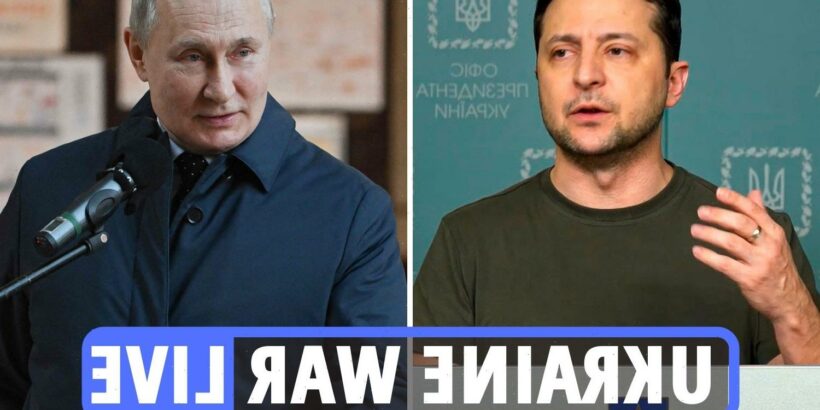 UKRAINIAN President Volodymyr Zelensky urged NATO to impose a no-fly zone over his country or see its member states attacked by Russia.

Speaking in a video released shortly after midnight, Zelensky said: “If you don’t close our sky, it is only a matter of time before Russian rockets fall on your territory, on NATO territory."

NATO will respond with "full force" if Russian attacks stray into member countries, the US national security adviser warned on Sunday.

It comes as Russian airstrikes killed at least 35 people at a military base near the border of NATO member Poland on Sunday.

The base is where foreign instructors were helping Ukrainians, however it is not known whether they were there at the time.

Foreign military instructors have worked at the Yavoriv International Center for Peacekeeping and Security.

Russian forces fired more than 30 cruise missiles at the Yavoriv military base near Lviv, injuring 57 people, according to Ukrainian authorities as Kyiv warns Vladimir Putin could start "provoking" Nato countries.