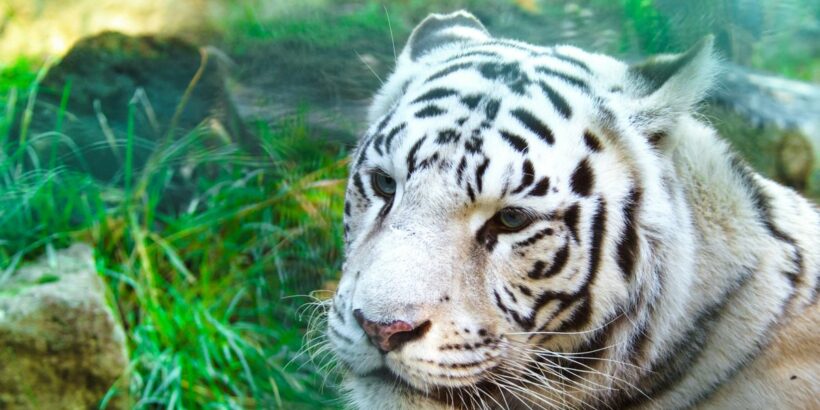 A Ukraine zoo owner is set to make the heartbreaking decision to put all of the attraction's 6,000 animals to sleep after an onslaught of Russian missiles.

Oleksandr Feldman said devastating attacks by Vladimir Putin's troops had destroyed the animals' homes, but miraculously, many creatures, including lions and tigers, had survived.

However, with the buildings uninhabitable and big challenges around moving or evacuating the animals, he believes he will have to put them to sleep.

The zoo's website states that it is the oldest of its kind in Ukraine, having opened in 1895 in the heart of the city in next to Park Schevchenko.

It is home to some 6,810 animals, including endangered species and has played a vital role in conservation for more than 100 years.

Mr Feldman, who is also an MP, shared the heartbreaking news, telling how shelling had destroyed the park and that he had little hope of a rescue.

In a video appeal, he said: "There is no more Ecopark. After yesterday's shelling, I can say that the park has been almost completely destroyed.

"Their cages have been badly damaged, and they can go outside at any moment."

With a lack of medical supplies, food and adequate housing for dangerous and deadly animals, Mr Feldman is faced with a heartbreaking decision.

Holding back tears, he explained how the bears' building is especially uninhabitable, saying: "We have until the evening to decide either to kill each one, put them to sleep, or to move them."

He continued by saying that the large animals were impossible to evacuate or transport to safer living conditions, which forces a horrible decision – "kill them, put them to sleep or move them."

Mr Feldman hopes to save some of the younger big cats, but was almost certain that most of the adult animals "are likely to be put down".