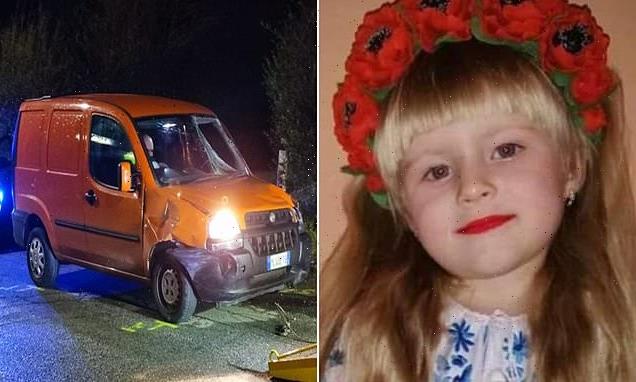 Ukrainian girl, five, who fled war and moved to Italy is mown down and killed ‘by 18-year-old who deliberately ploughed in to boy, 16, who was carrying her’

A young Ukrainian girl who fled Vladimir Putin’s invasion has been struck and killed by a car driven by an 18-year-old who deliberately ploughed into another teenager who was carrying her, according to local reports.

Taia, five, arrived in Crotone with her mother Luda a month ago to escape Russia’s imminent assault on their homeland.

However, she was killed when the 18-year-old driver struck a 16-year-old boy who was carrying her in a town near the southern Italian city. 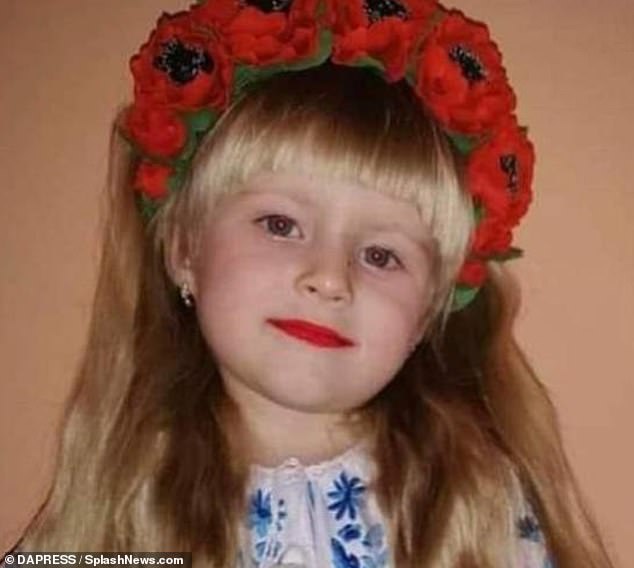 Taia, five, arrived in Crotone with her mother Luda a month ago to escape Russia’s imminent assault on their homeland. She was tragically killed when the 16-year-old boy carrying her on Sunday was struck from behind by a car

The teenage boy – who was walking with his Ukrainian girlfriend, said to be Taia’s cousin – survived, but suffered several injuries.

The driver of the orange Fiat Doblo was arrested on Wednesday under orders from a local judge, and has been charged with aggravated road homicide.

Investigators are looking into whether the 18-year-old drove into the boy on purpose in a personal dispute, according to Italian news outlet Corriere.

It has been suggested that the 18-year-old knew the boy and his girlfriend, who was also 16. Police are looking at whether a personal dispute was involved.

Police said the fatal collision occurred on Sunday in the town of Cantorato. The two 16-year-olds left a farmhouse – where Luda’s sister works and where the Ukrainian family is being hosted – for an evening stroll, carrying Taia with them.

It was as the group walked single file down a road that they were spotted by the 18-year-old driver at around 18:30 that evening. 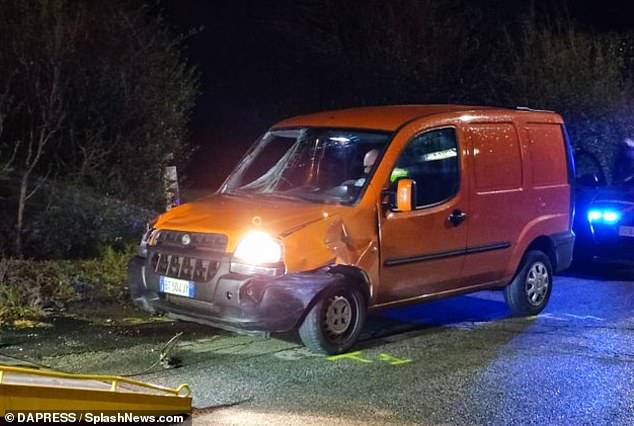 The driver of the orange Fiat Doblo (pictured) was arrested on Wednesday under orders from a local judge, and has been charged with aggravated road homicide

With his father in the passenger seat, he drove the car past them and performed a U-turn, and accelerated towards the group.

He struck the 16-year-old boy from behind as he was walking in the opposite direction, causing him to fly up onto the windshield of the car.

Five-year-old Taia was thrown from his arms and crashed down onto the ground, banging her head. She died instantly, reports said.

The 16-year-old boy suffered a cranial injury and various fractures, according to the Italian news outlet, while his 16-year-old girlfriend suffered no injuries.

The driver’s father reportedly called the ambulance and attempted to take responsibility for the alleged attack, saying it was an accident.

However, the police were quick to understand the dynamics of the incident, the group of people involved, and who was really responsible, Corriere reported.

Investigators have said there was no sign of braking on the road.

The driver of the Doblo had twice been reported for driving without a license, in March and August 2020. 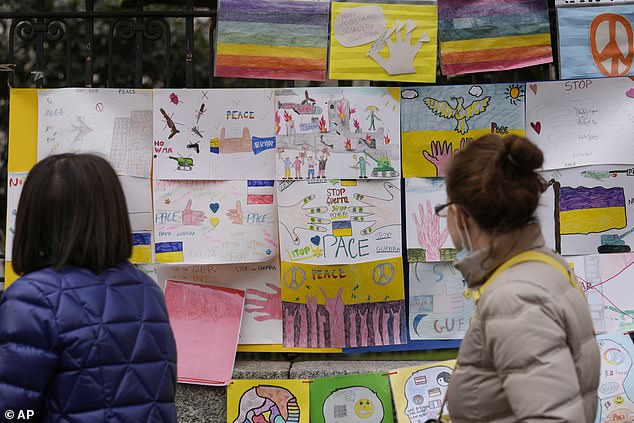 Like all countries in Europe, Italy has been housing Ukrainian refugees fleeing their homeland that has been turned into a war-zone by Vladimir Putin’s forces. Pictured: Two women looks at peace sheets of papers drown by kids outside a school in Milan, Italy, Friday, March 18, 2022

Like all countries in Europe, Italy has been housing Ukrainian refugees fleeing their homeland that has been turned into a war-zone by Vladimir Putin’s forces.

The Italian government has allocated funds to help with housing and integration programs for those who have fled.

As the invasion has entered its fourth week, nearly 3.5 million refugees have left Ukraine – more than 50,000 of which have settled in Italy – including over 20,000 children.