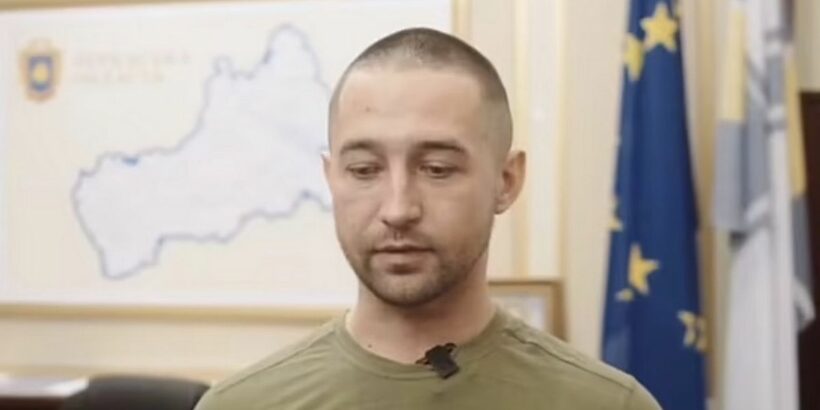 A Ukrainian border guard who hit headlines after he told a Russian warship to "go f** yourself" has been recognised for his bravery after being released in a prisoner exchange.

Roman Hrybov has been awarded for his services after he refused to surrender while covering the Snake Island in the Black Sea alongside 13 other troops.

The fearless guard continued to defend the tiny island despite being outnumbered while being attacked by sea and air by Putin's soldiers.

Hrybov and his team were told to lay down their weapons or be “bombed" which is when he hurled back the defiant threat.

Initially, it was feared that the soldiers had died as the radio recording suddenly cut out but it was later revealed that some had survived and were taken prisoner.

President Volodymyr Zelensky said at first that all the soldiers would be given posthumous medals, reports The Mirror.

He later said in an interview that “some of the soldiers died, some were taken prisoner”.

Now Hrybov, from the city of Cherkasy, has been returned in exchange for sailors on a Russian ship that was captured on March 25 by Ukrainian forces.

A video by Cherkasy’s Regional State Administration has shown him being given an award from the head of of the regional administration Igor Taburets.

Hrybov said: "I want to say a big thank you to the Ukrainian people for such support. We strongly feel this support, it inspires us."

Also, Taburets said that the border guard was "an example" to other Ukrainians.

"The most important thing is that he survived, in spite of moral pressure, in spite of everything, and he will be an example for our Ukrainians and the people of Cherkasy."