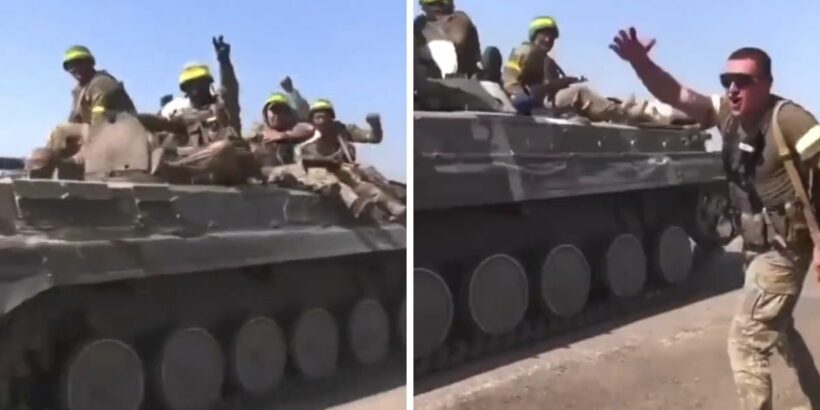 Ukraine: Soldier cheers on comrades during advance in Kherson

Video footage from Ukraine has captured evidence of high morale among fighting troops, with soldiers seen cheering and smiling as they move in on Russian-occupied Kherson. Comparatively, Russian forces are said to be suffering from extremely low morale amid failures of military leadership, insufficient supplies of equipment, and issues surrounding soldier pay. The news comes as President Zelensky’s forces continue their counter-offensive operation in the south of Ukraine, targeted at reclaiming territories under the Kremlin’s control.

The video published by news organisation Visegrad 24 has offered an uplifting insight into the determination of Ukrainian troops.

As a trail of military personnel carriers travels along a road understood to be near the Kherson region, a Ukrainian soldier is seen on the side of the track eagerly waving troops onwards.

At points in the clip, the soldier smiles, jumping up and down, as floods of troops drive past waving and cheering in response.

Soldiers sat atop the vehicles grinning as they steam ahead, prepared to engage with Russian invaders. 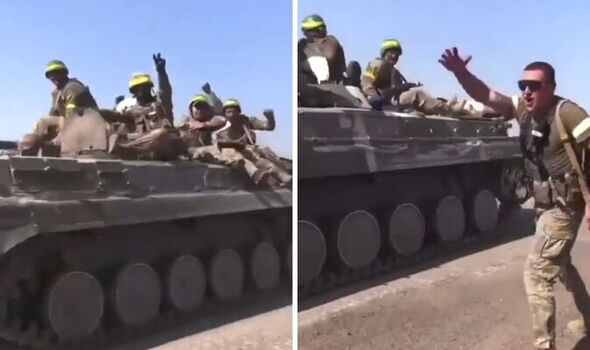 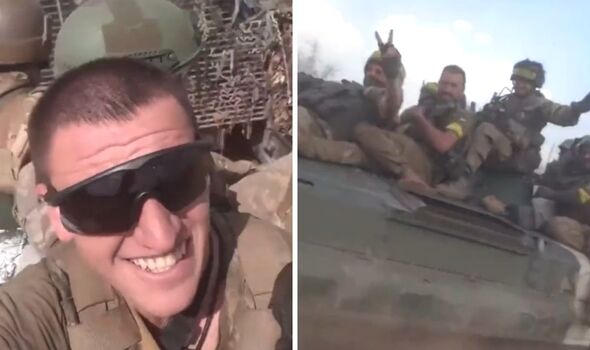 In a caption accompanying the clip, Visegrad 24 reported: “A Ukrainian soldier is very happy to be advancing against the Russians in the Kherson region.

An update from the Ministry of Defence following the posting of the video confirmed heavy fighting had taken place in the Kherson area.

In a speech ahead of the anticipated counter-offensive, President Zelensky declared: “Our defenders will not stop until they liberate everything that belongs to Ukraine.” 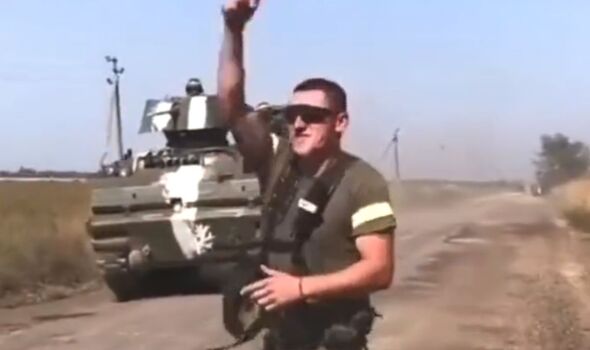 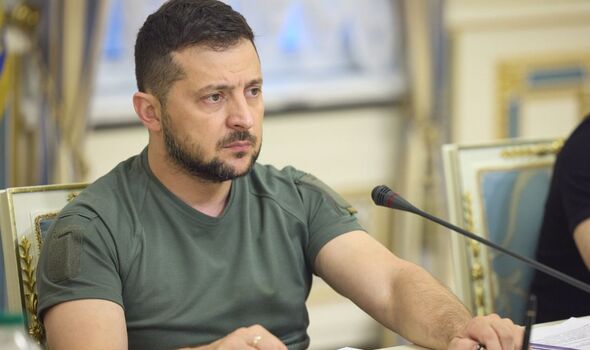 Intelligence information from the frontline has exposed a contrast between the opposing forces as Russian troops are reportedly experiencing a severe drought of morale.

The Ministry of Defence said: “Russian forces continue to suffer from morale and discipline issues in Ukraine.”

The intelligence report continued: “The Russian military have consistently failed to provide basic entitlements to troops deployed in Ukraine, including appropriate uniform, arms, and rations, as well as pay.

“This has almost certainly contributed to the continued fragile morale of much of the force.” 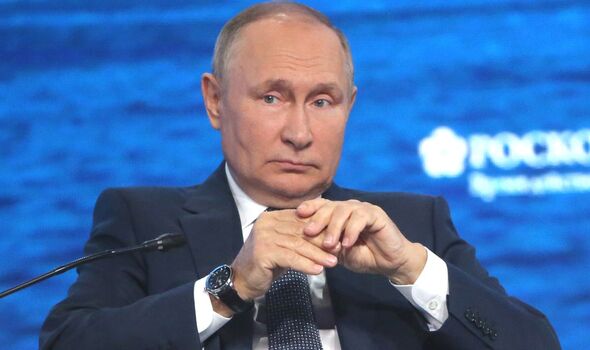 Heavy fighting has also been reported in the north of Ukraine, near Kharkiv, and in the eastern Donbas region.

This development has forced Russian military commanders to address the dilemma of whether to divert additional troops to Kherson or to the conflict in the Donbas region, where the Kremlin hopes to expand its control.

The test of coordination has strained Russian military leadership which is already reported to be underprovisioned and operating with forces that lack adequate training.

Occupying authorities in Kherson have passed the decision to postpone a so-called referendum on joining Russia amid what the Kremlin administration described as the unfolding “security situation”.