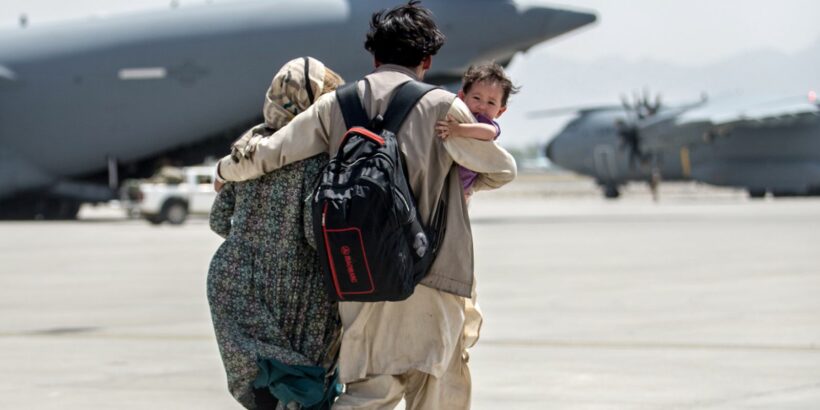 The UK government will provide a £30m aid package to help provide shelters and sanitation facilities for those who have fled Afghanistan following the country’s takeover by the Taliban.

Foreign Secretary Dominic Raab said the “life-saving supplies” will help Afghans “who have left everything behind” after fleeing Afghanistan.

It is believed £10m will be made available to humanitarian organisations such as the United Nations High Commissioner for Refugees (UNHCR) immediately so that supplies can be quickly despatched to the Afghan borders. It is expected those countries predicted to receive a large influx in refugees because of the situation in Afghanistan will also receive £20m to help both with processing new arrivals and providing essential services and supplies.

These include Pakistan, Tajikistan, Iran, Uzbekistan and Turkmenistan.

Mr Raab, who is currently visiting the region, said: “It is vital that we help those fleeing Afghanistan and do not allow the crisis there to undermine regional stability.

“That’s why these life-saving supplies are so important.

“They will provide Afghans who have left everything behind with essential kit offering shelter and basic sanitation as they seek to pick up the pieces of their lives.

“This aid demonstrates the UK’s commitment to shoulder our humanitarian responsibility and support those countries who will face the greatest demands for those displaced.”

Speaking on Thursday, Prime Minister Boris Johnson said the UK government “did what we could” to get as many people out of Afghanistan as possible.

“I think the whole government has been working continuously to make sure that we did what we could to extract people from Kabul,” he told reporters.

“I think everybody who has taken part – I’m talking about the armed forces – in the Kabul airlift, and they’ve seen some pretty harrowing things and they’ve been exposed to people in the extremity of anxiety, of fear for their lives, and they’ve acquitted themselves incredibly well.

“I think they should be very, very proud of what they’ve done.”

The PM last month announced an increase in aid to Afghanistan to £286m, amid a policy to cut spending on overseas assistance.