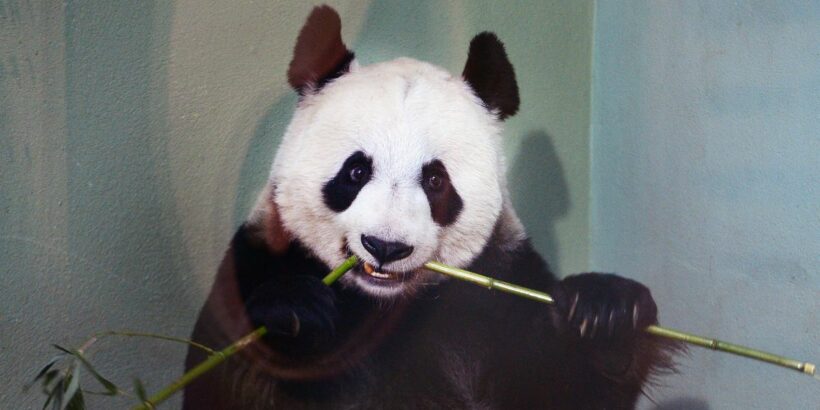 Edinburgh Zoo’s two giant pandas may have to be sent back to China next year after the coronavirus pandemic devastated earnings at the animal sanctuary.

The pandas themselves coast an estimated £1 million a year to lease from China – and there are fears the zoo can no longer afford to keep the couple; named Tian Tian and Yang Guang.

The Royal Zoological Society of Scotland, which runs both Edinburgh Zoo and the Highland Wildlife Park in Kingussie, is now unsure if they can afford to keep on the pandas once their 10-year contract to stay at the zoo expires.

The business is said to have lost approximately £2 million after being forced to close the gates during the Covid-19 pandemic lockdown – with Scottish First Minister Nicola Sturgeon refusing to allow Edinburgh Zoo to reopen once lockdowns began to lift last June while other animal reserves around the UK did.

Chief executive of the Royal Zoological Society of Scotland, David Field, warns: "The closure of Edinburgh Zoo and Highland Wildlife Park for three months due to Covid-19 has had a huge financial impact on our charity because most of our income comes from our visitors.

"Although our parks are open again, we lost around £2 million last year and it seems certain that restrictions, social distancing and limits on our visitor numbers will continue for some time, which will also reduce our income.

"We have done all we can to protect our charity by taking a government loan, furloughing staff where possible, making redundancies where necessary and launching a fundraising appeal.

"The support we have received from our members and animal lovers has helped to keep our doors open and we are incredibly grateful."

Edinburgh Zoo lost out on a government grant for zoos – as the funds were reserved for smaller institutions, leading the business with the tough choice of whether or not to keep Tian Tian and Yang Guang beyond their contract.

Mr Field said: ”We have to seriously consider every potential saving and this includes assessing our giant panda contract and the cost of their daily care.

"At this stage, it is too soon to say what the outcome will be. We will be discussing next steps with our colleagues in China over the coming months."

He added: "Yang Guang and Tian Tian have made a tremendous impression on our visitors over the last nine years, helping millions of people connect to nature and inspiring them to take an interest in wildlife conservation.

"I would love for them to be able to stay for a few more years with us and that is certainly my current aim."

Tian Tian and Yang Guano arrived in Edinburgh to much fanfare back in December 2011.

Scientists attempted to artificially inseminate Tian Tian multiple times during the course of her stay at the zoo – but all five attempts to see the giant panda impregnated failed.

Reports have suggested scientists are attempting to discover how to successfully clone the panda instead.

It is believed there are just 1,864 pandas left alive in the wild – while there are a further 600 currently in zoos around the world.