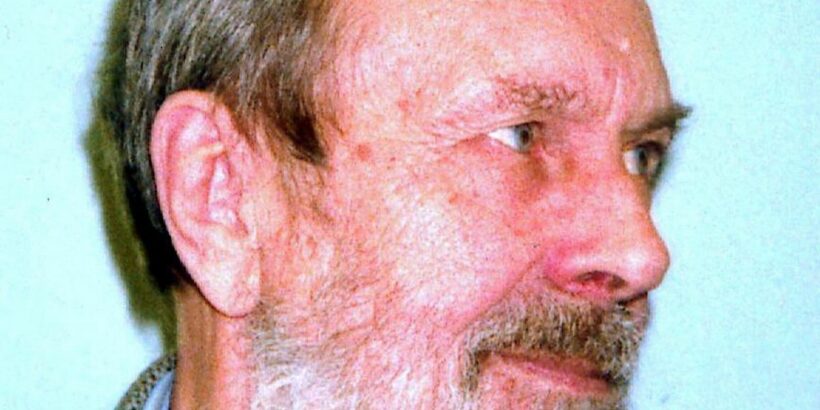 A man dubbed "the UK's most notorious paedophile" has had his parole bid rejected for the 10th time, this time at the age of 94.

In 1999 he was ordered to serve at least five years in Wakefield prison and has been behind bars ever since.

Earlier this month he made another attempt at getting parole, but that has been refused after being deemed a risk to the public.

"Just because he is 94, does not mean he is no longer a danger to the public. You can still pose a risk regardless of age," a source told the Daily Mirror.

As Cooke's case is considered for review every two years because of his life sentence, he won't be due another parole hearing until he's 96.

The 94-year-old is part of the 'Dirty Dozen gang', who have been linked to a worrying number of unsolved crimes, with police saying the gang could be involved in 17 other murders and abductions.

In 2017 David Bright, retired detective, said he feared children were hidden in graves "around the country" due to their actions.

He described Cooke as "an evil, evil man."

The parole's board decision summary said: "His behaviour in prison had been mixed and had provoked concerns and even allegations over the years.

"None of the key report writers could recommend that Mr Cooke could be safely released on parole licence or transferred to open conditions at this point."

The parole board went on to say that it could not be satisfied that Cooke was no longer a danger to the public.

Its conclusion went on: "Given that key areas are to be addressed, the panel considered that Mr Cooke was appropriately located in custody where outstanding levels of risk could be addressed.

"The benefits of a move to open conditions at this time were considered by the panel to be limited and to be outweighed by the remaining risks that MrCooke represents.

"He will be eligible for another parole review in due course. "