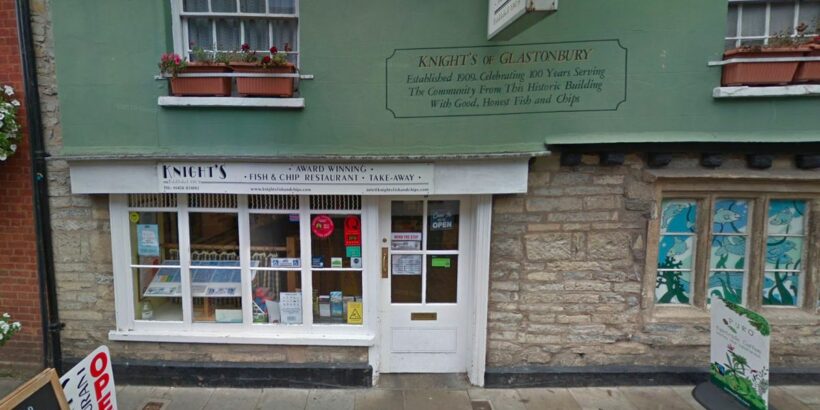 One of the oldest chippies in the UK is battling to survive after eye-watering cost increases caused by the Russian invasion of Ukraine.

Knight’s Fish Restaurant in Glastonbury, Somerset, says it hasn’t had a crisis as big as this since WW2.

The fish and chip shop, which has been owned by the Morey family for an impressive 113 years, has been hit by a huge spike in the price of sunflower oil and its alternatives, reports the Metro.

Vladimir Putin’s invasion has triggered the industry chaos as Ukraine makes the most sunflower oil in the world and alongside Russia accounts for a whopping 60% of the market.

Manager George Morey 29, is the fifth generation of his family to run the chippy.

He said: “We’ve already been through a three-round boxing match with the lockdowns and now this.

“The cost of vegetable and sunflower oil is worrying because ultimately it’s not the stuff we are selling, it’s the stuff we need to cook those products in.”

Vegetable fat was priced at around £15.70 per block last year but has spiked dramatically and now costs up to £35 a block, he explained.

The 29-year-old added: “It’s a hell of an increase within the space of a year. Stay up to date with all the latest Daily Star news by signing up to our free newsletter here.

“There has also been a big impact on fish. This time last year we were buying in packs for about £179, but this year it’s over £200 sometimes. The forecast predicts it could rise to over £300 per case.

“With the Russians dominating the market, all the tariffs and sanctions could well mean that the £300 a case figure could become a reality.”

And devastatingly the award-winning chippy isn’t the only one struggling to stay afloat – the industry is enduring the most turbulent times of its history and around one in three could close by the end of the year.