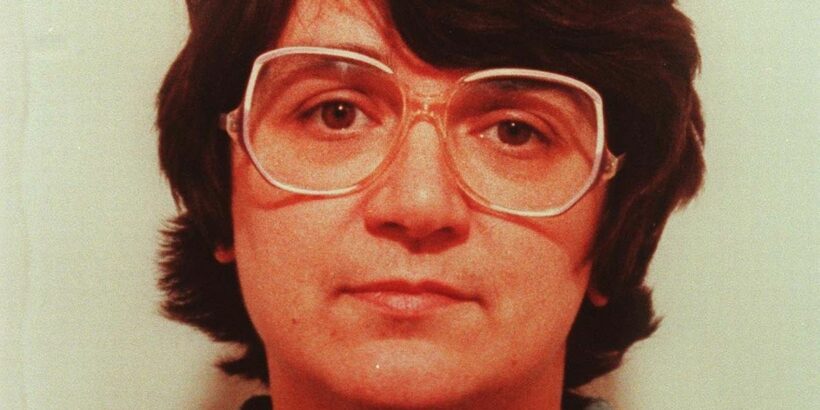 Female killers may be rare, but some murders by women rank alongside the worst of any crimes.

Throughout history, there have been a variety of female serial killers who have left a dark mark on the country.

Here Daily Star takes a look at some of the most notorious cases to help us get inside the mind of women who kill.

Mary Ann is often given the title of Britain's first serial killer after she was accused of poisoning 21 people, including her own mother, children and four husbands.

It is reported that she did so becauseshe was after their insurance policies.

Her preferred method of killing was poisoning with arsenic, with the effects of arsenic poisoning — vomiting diarrhoea, and abdominal pain — similar to common medical conditions such as gastroenteritis or dysentery, and had been undetectable.

Mary Ann’s trial at Durham Crown Court lasted three days, and she was found guilty of Charles’ murder and responsible for the deaths by poisoning of 11 of her children, three husbands, one lover, and her mother.

The court heard how she lived off her husbands before eventually claiming their estates.

She was hanged in a botched execution by William Calcraft, who was known to be a “notoriously clumsy hangman”.

The trap door was not positioned high enough to break her neck, forcing him to press down on her shoulders. She died three minutes later in Durham Jail on March 24, 1873, in front of 50 observers.

Serial killer couple Fred West and Rose West's monstrous relationship led them to carry out a string of heinous crimes together.

The twisted couple are known for their sickening acts in which they killed Rose's stepdaughter Charmaine, eight, and daughter Heather, 16, and hid their bodies at their family home, dubbed the House of Horrors.

Fred murdered 12 young women and it's been claimed he may have previously killed more and buried them at an allotment in Scotland.

Rose helped her husband with the murders, abducting, torturing and raping her victims before burying them under the floorboards of their home at 25 Cromwell Street, Gloucester.

She was found guilty of 10 murders, including her stepdaughter, Charmaine, and daughter Heather. Rose claimed she had also been victimised by Fred and had tried to stop one of the sexual assaults but in 1996 the Court of Appeal refused to consider her application for appeal.

The Cromwell Street house where the sick crimes were carried out was demolished in 1996.

Rose, now 68-years old, remains in prison to this day and Fred died by suicide in prison while awaiting trial in 1995.

Myra Hindley was a sadistic serial killer who carried out horrendous acts of sadistic violence.

Dubbed “the most evil woman in Britain”, she didn't work alone, as she had help from her lover Ian Brady, whose actions have haunted Britain for decades.

The duo, known as the Moors Murderers, killed five children in the 1960s and were both jailed for life in 1966.

Most of the victims' bodies were discovered buried on Saddleworth Moor, except that of 12-year-old Keith Bennett, whose location was never revealed by the evil pair.

Hindley spent much of her time in prison attempting to appeal her sentence, but she eventually died in hospital after spending 36 years behind bars.

ITV’s Crime and Punishment series, West and Hindley: The Untold Story with Trevor McDonald, explored the little-known affair between Rose and Myra during the years they spent together in prison.

Nicknamed "the baby farmer", it is believed that Amelia Dyer killed as many as 400 babies in 19th century Britain by strangling them and dumping them in the river.

A nurse, Amelia would advertise to take unwanted children in from struggling mothers in return for a fee and clothing for the child.

It is reported that she would take babies off the hands of struggling mothers and charge them between £10 and £80 – equivalent to thousands of pounds today – for her services.

Instead of providing these infants with a new life, Amelia pocketed the cash and killed the babies within days of receiving them, according to Thames Valley Police.

She would often strangle the infants before wrapping their bodies in paper bags and dumping them in rivers.

The 57-year-old was eventually executed on June 10, 1896, for the murder of a single child, even though it was believed she could have murdered as many as 400 babies in her lifetime.

Beverley Allitt is an English serial child killer, convicted of murdering four children and grievously injuring many others.

In 1991 and the age of 22, the former nurse at Grantham and Kesteven Hospital went on a deadly killing spree at a children’s ward.

Overall she attacked thirteen children, four fatally, over a 59-day period before she was brought up on charges for her crimes.

When alone, Beverley would commit the murders either by insulin or potassium overdose or injecting an air bubble into the bloodstream, which can cause lung collapse.

Despite being the only nurse on duty during every attack, she pleaded not guilty at trial.

Now 53, she is residing at Rampton Secure Hospital in Nottinghamshire.