LONDON (Reuters) – Voters go to the polls on Thursday in an election that will pave the way for Brexit under Prime Minister Boris Johnson or propel Britain toward another referendum that could ultimately reverse the decision to leave the European Union. 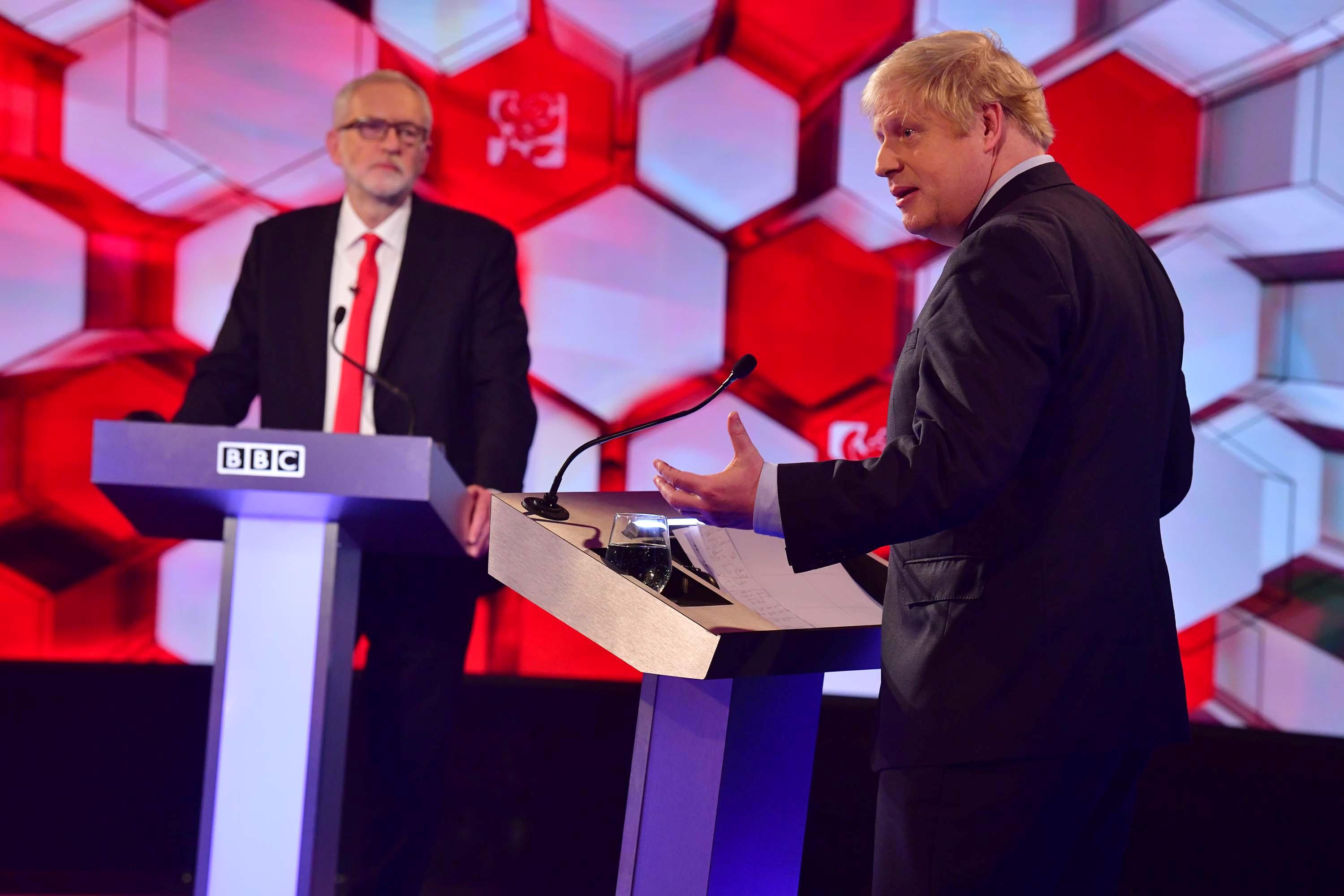 After failing to deliver Brexit by an Oct. 31 deadline, Johnson called the Dec. 12 election to break what he cast as political paralysis that had thwarted Britain’s departure and sapped confidence in the economy.

The face of the “Leave” campaign in the 2016 referendum, 55-year-old Johnson fought the election under the slogan of “Get Brexit Done”, promising to end the deadlock and spend more on health, education and the police.

All major opinion polls suggest Johnson will win, though pollsters got the 2016 referendum wrong and their models predict outcomes ranging from a hung parliament to the biggest Conservative landslide since the era of Margaret Thatcher.

“We could have a Conservative majority government which will get Brexit done and unleash Britain’s potential,” Johnson told campaigners. “This election is our chance to end the gridlock but the result is on a knife-edge.”

Corbyn said the Conservatives were the party of “billionaires” while Labour represented the many.

“You can vote for despair and vote for the dishonesty of this government, or you can vote Labour and get a government that can bring hope to the future,” he said.

Polls open at 0700 GMT and close at 2200 GMT when an exit poll will give the first indications of the result. Official results from the bulk of United Kingdom’s 650 different constituencies begin to come in from 2300 GMT to 0500 GMT.

While Brexit framed the United Kingdom’s first December election since 1923, the tortuous exit from the EU has variously fatigued, enthused and enraged voters while eroding loyalties to the two major parties.

A majority would allow Johnson to lead the country out of the club it first joined in 1973, but Brexit would still be far from over. He faces the daunting task of negotiating a trade agreement with the EU in a self-imposed deadline of 11 months.

After Jan. 31, Britain would enter a transition period during which it would negotiate a new relationship with the EU27. He has pledged to do that by the end of 2020.

Sterling markets are pricing in a Johnson win. But a five-year flurry of two historic referendums – on Scottish independence in 2014 and Brexit in 2016 – and two national elections in 2015 and 2017 have delivered often unexpected results that ushered in political crises.

The election pitches two of the most unconventional British politicians of recent years against each other. Both have been repeatedly written off by opponents and both offer starkly different visions for the world’s fifth largest economy.

Johnson’s pitch is Brexit but he shrank from anything more radical in a heavily choreographed campaign. Corbyn pitched what he calls a radical transformation for a country long wedded to free-market liberalism.

Johnson, the New York-born former mayor of London, won the top job in July. His predecessor, Theresa May, resigned after failing to get parliamentary backing for her Brexit deal with the EU and then losing her party’s majority in a snap election.

Johnson defied critics by striking a new deal with the EU but was unable to navigate the maze of a divided British parliament and was defeated by opponents whom he portrayed as traitors subverting the will of the people.

The United Kingdom voted by 52%-48% in 2016 to quit the EU. But parliament has been deadlocked since May’s failed bet on a 2017 snap election over how, when and even whether to leave.

Corbyn, once an opponent of the EU who now says he would remain neutral if he was a prime minister overseeing another referendum, was repeatedly grilled over his Brexit plans. He pledged to overthrow a “rigged system” he said was run by billionaires and tax dodgers.

Both made missteps during the campaign.

Johnson in one interview refused to look at a picture of a sick four-year-old boy forced to lie on the floor of a hospital and then inexplicably took the phone from a reporter and pocketed it. He later apologized.

Corbyn, a veteran campaigner for Palestinian rights, repeatedly avoided apologizing for what some party members, lawmakers and Jewish leaders say is his failure to tackle anti-Semitism from some elements within the party. He apologized eventually.

Johnson’s strategy was to breach Labour’s so called “Red Wall” of seats across the Brexit-supporting areas of the Midlands and northern England where he described his political opponents as the out-of-touch enemies of Brexit.

“If I’m honest with you, there’s no choice,” said voter Andrew Davis, from Kent in southern England. “I don’t like any of the main candidates, so I’m struggling.”