University Challenge was trending on Twitter as viewers rushed to make remarks about one of the team captains sparking other users to blast them for ‘sexism’.

Social media was set alight during Monday night’s episode of the popular quiz show where Pembroke-Oxford squared off with Downing-Cambridge.

But several were outraged over the ‘sexist and lewd’ comments directed at Ms Perry, slamming the ‘horrific treatment of female contestants’ who go on the show. 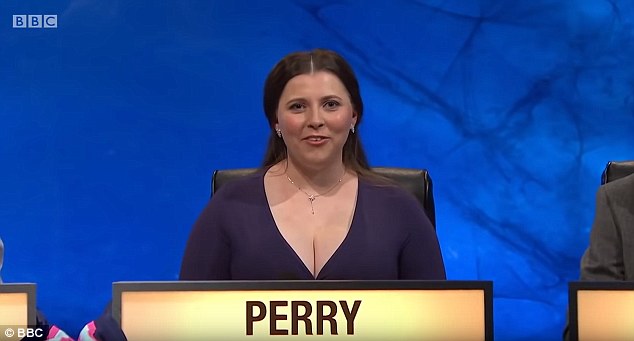 Wide-eyed University Challenge viewers struggled on Monday night to contain themselves over a contestant’s ‘attributes’, sparking others to slam them for the ‘sexist’ remarks 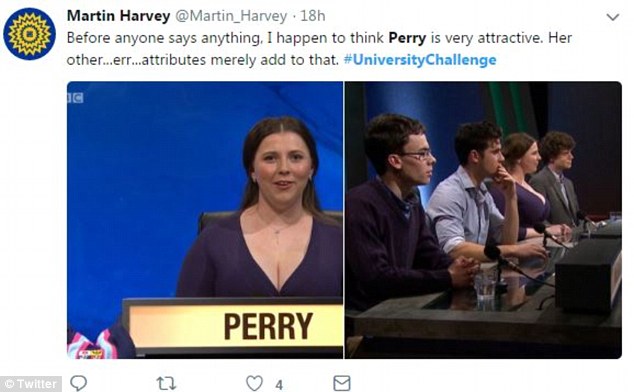 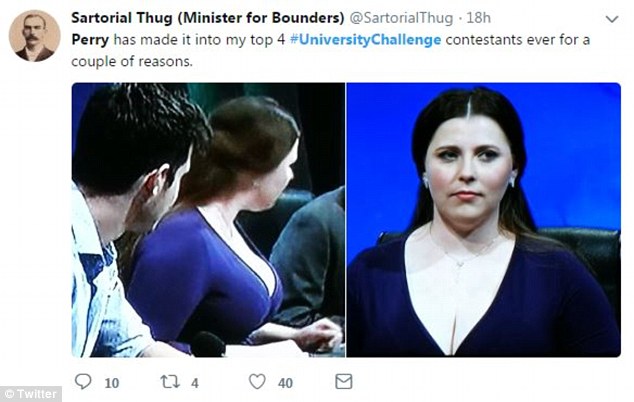 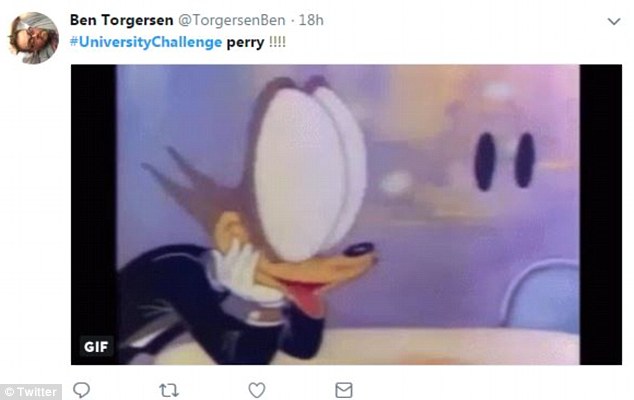 Twitter user SatorialThug wrote: ‘Perry has made it into my top 4 #UniversityChallenge contestants ever for a couple of reasons.’

Philip tweeted: ‘Anyone else notice those side shots of Perry? Wonder why?’

Another said: ‘Perry never stopped smiling all the way through even though her team got absolutely annihilated.’

One said: ‘Perry has big things in front of her.’

Another tweeted: ‘Poor old Perry. Waited all her life to show off knowledge on #UniversityChallenge and is compared to The Mitchell Brothers.’ 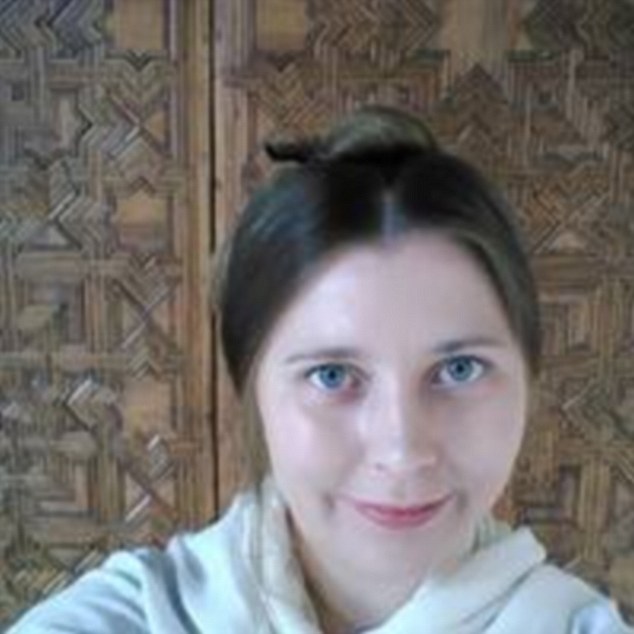 Several were outraged over the ‘sexist and lewd’ comments directed at Ms Perry, who is a theology graduate student from Birmingham 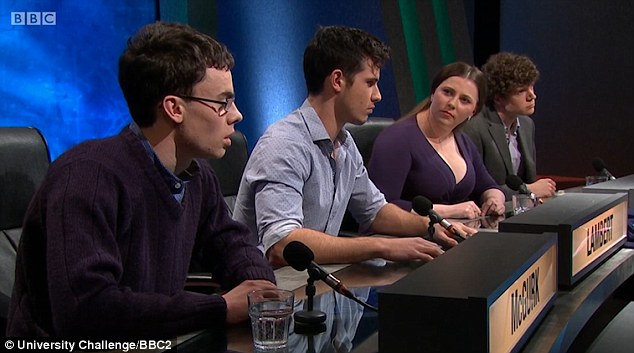 Many were quick to jump to Ms Perry’s defence, blasting the ‘lewd’ comments 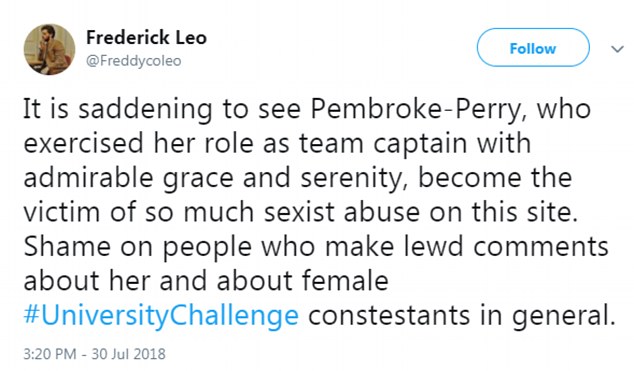 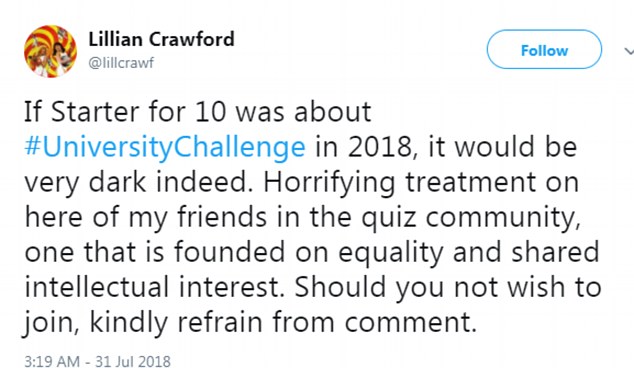 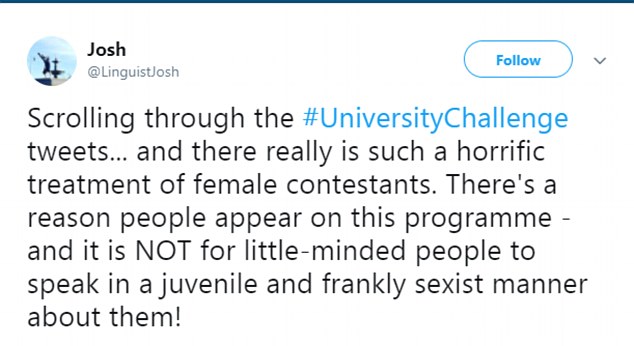 However, many were quick to jump to Ms Perry’s defence, blasting the comments.

Twitter user Amy wrote: ‘Why is everyone going on about Perry’s cleavage when she’s so obviously intelligent and seems like a lovely, supportive teammate – have some respect

Robert said: ‘A good 50% of the #UniversityChallenge Twitter stream is about a contestant’s cleavage… and they wonder why more women don’t take part.

Josh wrote: ‘Scrolling through the #UniversityChallenge tweets… and there really is such a horrific treatment of female contestants.

‘There’s a reason people appear on this programme – and it is NOT for little-minded people to speak in a juvenile and frankly sexist manner about them!’

Fredrick added: ‘It is saddening to see Pembroke-Perry, who exercised her role as team captain with admirable grace and serenity, become the victim of so much sexist abuse on this site.

‘Shame on people who make lewd comments about her and about female #UniveristyChallenge contestants in general.’

This isn’t the first time Twitter users have slammed the constants on University Challenge after a female student was scrutinized for her hair rather than her intellect.