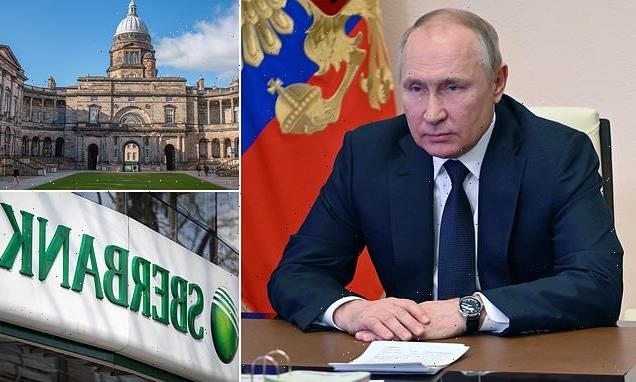 The University of Edinburgh has more than £1million worth of shares invested in Russia’s biggest bank Sberbank that was sanctioned after the invasion of Ukraine.

As of January, records show the university has £1,109,251 in Sberbank stock, held via fund manager Baillie Gifford – a firm based in the Scottish capital.

The lender has already caused tension within Scottish Parliament after it emerged last week that Holyrood’s pension scheme also has holdings worth around £300,000, with MSPs now calling for the investments to be removed.

With almost four times that figure, the university is now facing calls to divest after Vladimir Putin launched a full-scale invasion of Ukraine.

The institution has 98 Russian students, the largest of any in Scotland, as well as more than 5,000 students from China.

Financial records show the university has held stock in the bank since at least January 2016, though the firm had already been imposed with US and EU sanctions following Putin’s annexation of Crimea.

Sberbank, which accounts for 35% of all Russia’s bank assets, was prohibited from clearing sterling payments through the UK’s financial system as part of the latest sanctions introduced on Tuesday.

The US Treasury has also blocked the bank’s ability to process transactions in US dollars.

Scottish Liberal Democrat leader Alex Cole-Hamilton has joined calls for the university to pull out of its investment with the Russian bank. 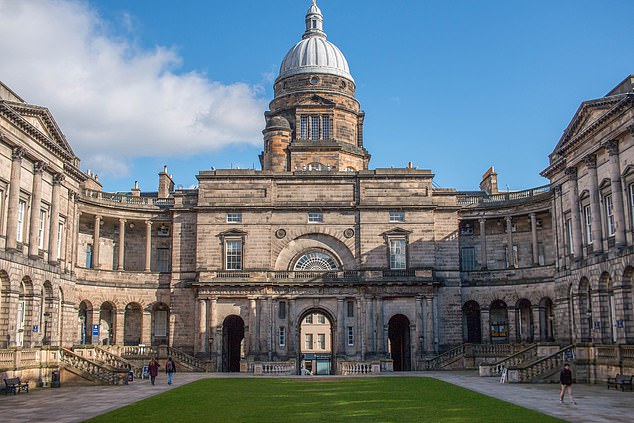 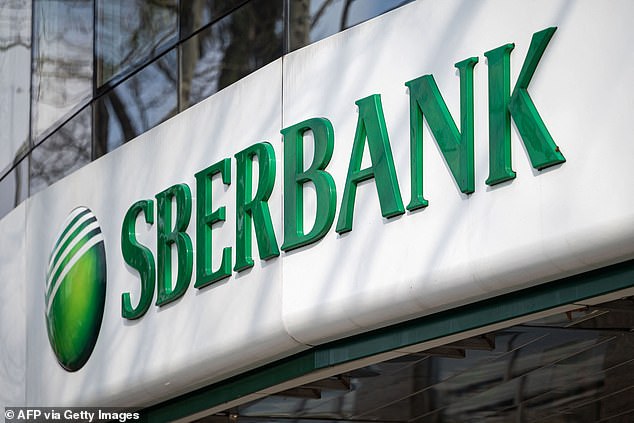 Sberbank is Russia’s biggest lender but, has come under pressure from Western sanctions

He said: ‘Scotland needs to play its part in putting the squeeze on Vladimir Putin and his regime, and that means using the financial leverage we have.

‘It is important to send a message that Putin’s behaviour in Ukraine will not be tolerated or supported.’

He tweeted: ‘He Russia shouldn’t profit from our world-class education system, nor hold cultural or educational influence.

‘I have written to all universities today asking them to conduct a full analysis of all of their investments, holdings, partnerships and contracts.’

His letter continued: ‘Scotland’s response to the unprovoked and brutal invasion of Ukraine must be unequivocal and immediate. Strangling the Russian economy can only be effective if financiers have no place to turn and funds have no place to be hidden.

‘Our Scottish universities know that they have a duty to the public good. This is not a time for equivocation or delay. It is not a time for fund managers to await a good price elsewhere for the relocation of investments. Stakes in Russian funds and banks must be dropped immediately.’

The university’s students today organised a rally in support of Ukraine in the city’s Bristo Square.

It comes as the pandemic has impacted on finances at the university, with its latest annual report, for the year to July 2021,  detailing how ‘certain key income streams have been very substantially reduced since March 2021’. 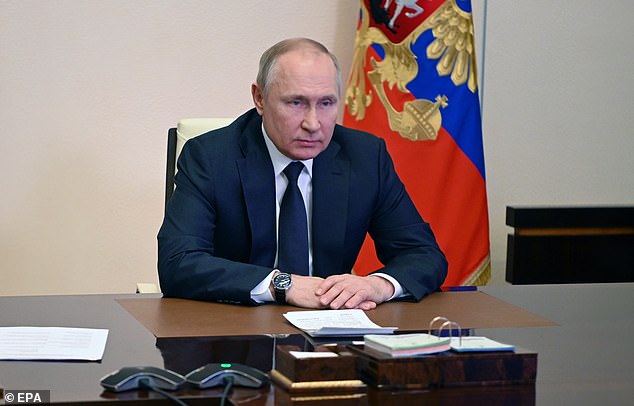 However, the university’s total income grew to £1.18 billion over the same period.

On Tuesday, the University of Edinburgh said it had suspended all affected exchange programmes in Russia following the invasion.

It added that Ukrainian and Russian students who have been impacted financially can apply for hardship funding.

A spokesman for the university said: “In view of recent events and the sanctions that the UK has implemented against the Russian state, we are reviewing our collaborations to take account of any potential security risks.

“We are reviewing the implications for our endowment portfolio, a small proportion of which includes indirect investments in Russian-related assets.

“Where these are held in pooled funds, we are engaging with fund managers as part of our review.”

Its Endowment and Investment Fund report shows that the university also has more than £1m shares in Netflix, more than £2m in Facebook and £5m in Microsoft.