An unlucky bird got a surprise shower after it accidentally flew in front of a spitting giraffe.

The giraffe soaked the Oxpecker after the tiny red-billed bird flew under it just as water spilled out of its mouth in Kruger National Park in South Africa.

The 41 year old said: ‘The bird was caught in the water spray and looked like it was taking a shower intentionally as it was a very hot day and some cooling off was in order.’ 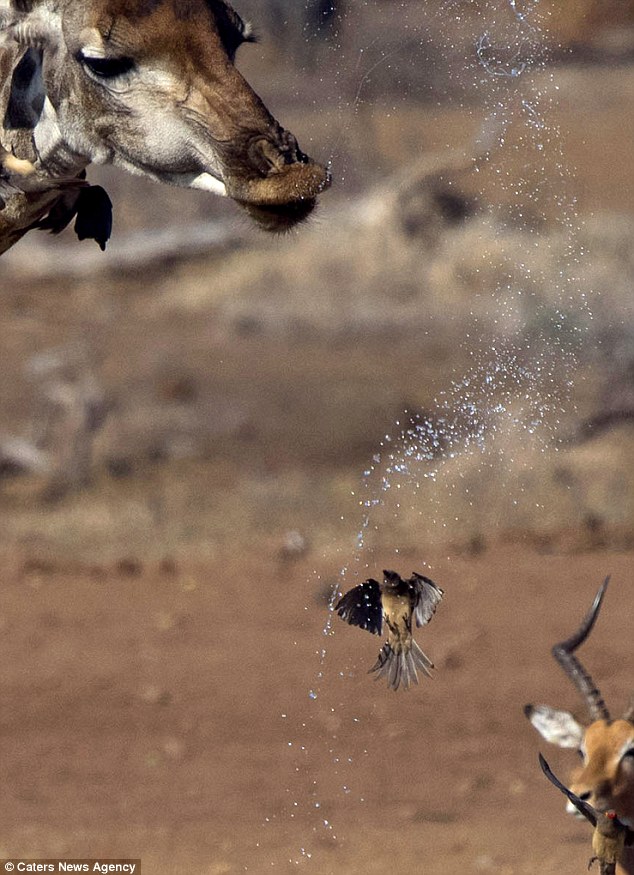 According to wildlife photographer Bernhard Bekker, the tiny red-billed bird looked like it flew into the stream on purpose in order to calm down

Oxpeckers are always found around large mammals such as giraffes as they feed on the ticks that are found on their bodies.

Mr Bekker added: ‘In this case the bird was just on the wrong place at the wrong time.

‘It was an amazing moment as you couldn’t just go out and duplicate this shot again. I have shot many giraffes drinking and never even seen this happen before.

‘With new camera equipment with high shutter rates these type of shots become more easy to take but you still you have to be in the right place at the right time.

‘I didn’t even see it in the field but only when I came back to the office and started to process some of the shots of the trip.

‘I saw this amazing shot and was quite surprised that it was captured at the right time.’ 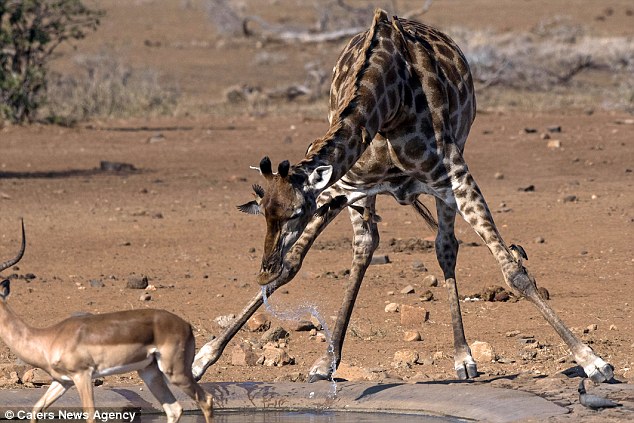