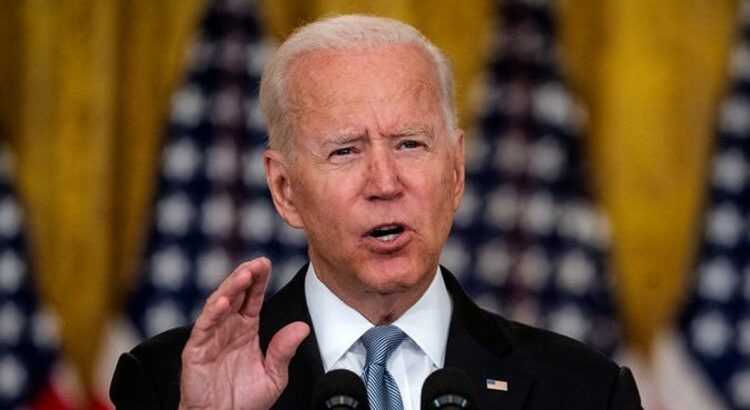 Afghanistan has been plunged into crisis after the withdrawal of US troops allowed the terrorist organisation the Taliban to take control of the country. Former US President Donald Trump reached a deal with the Taliban last year to withdraw US troops, a promise which current President Biden has now followed through on. But the move is a divisive one – with many UK MPs condemning the decision.

Tom Tugendhat, the Tory chairman of the foreign affairs committee, who fought alongside Afghans as a British soldier, branded Washington’s withdrawal “shameful.”

Mr Biden said earlier this week he “stood squarely” by the decision despite the chaotic scenes seen in the Afghan capital of Kabul.

In the papers was evidence of Bin Laden struggling to organise his soldiers, the US military said.

But there were also shocking notes indicating that the group would try and assassinate the US President at the time – Barack Obama.

However, as the BBC reported at the time, Bin Laden warned his network not to bother targeting Vice-President Biden because “Biden is totally unprepared for that post [of president], which will lead the US into a crisis.”

In Afghanistan the Taliban ruled between 1996 and 2001 before Western intervention – and the group which has now reclaimed the country has had close ties with Bin Laden’s al-Qaeda.

The Taliban gave support to al-Qaeda as they launched the devastating attack on the World Trade Center in New York on September 11, 2001.

UK Defence Secretary Ben Wallace said last week that he was was worried that “al-Qaeda will probably come back” in Afghanistan as a result of the withdrawal.

But the UN Security Council published a report in June that suggested al-Qaeda “is present in at least 15 Afghan provinces” and that its wing on the Indian Subcontinent “operates under Taliban protection from Kandahar, Helmand and Nimruz provinces”.

Prime Minister Boris Johnson has also come under pressure due to the situation in Afghanistan.

An overwhelming majority of Tories who spoke in the House of Commons yesterday condemned Britain’s failure to anticipate the Taliban takeover of Kabul.

Former Prime Minister Theresa May, former Defence Secretary Liam Fox, and former Foreign Secretary Jeremy Hunt were among those to criticise the Government.

DON’T MISS
Boris warned UK has ‘days not weeks’ to get everyone out of Kabul [INSIGHT]
Biden shamed in car-crash interview as he defends Kabul strategy [ANALYSIS]
Afghanistan: British veteran ‘thought about handing medal back’ [INSIGHT]

Ms May said: “Was our intelligence really so poor? Was our understanding of the Afghan government so weak? Was our knowledge on the ground so inadequate?

“Or did we just think we had to follow the United States and on a wing and a prayer it would be all right on the night?”

Owen Paterson, a former Northern Ireland secretary, called the situation in Afghanistan the “UK’s biggest humiliation since Suez”, and said the west was “now in a mess”.

He added: “China, Russia and Iran are hostile. What are we going to say to citizens in Taiwan, India, Pakistan and western Ukraine? They will all be worried.”