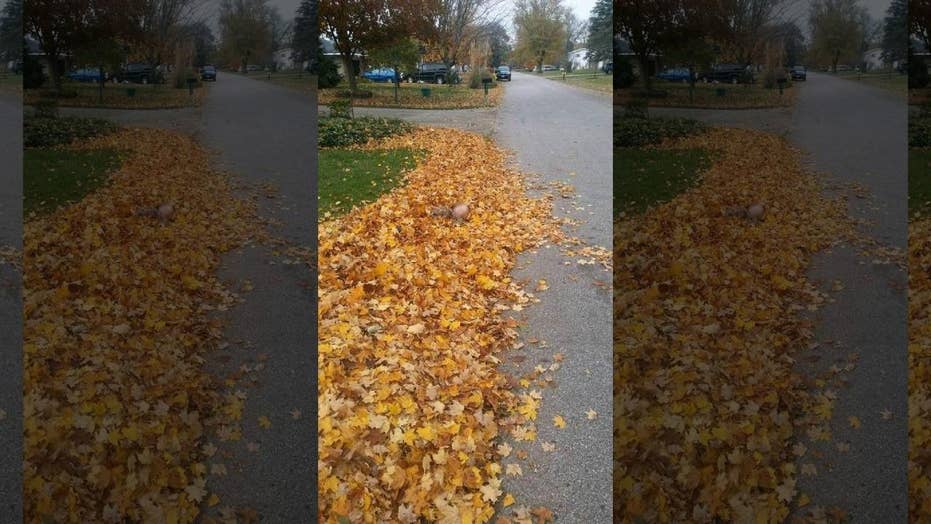 A UPS driver was shocked when he spotted a little boy in a pile of leaves at the side of the road. He snapped a photo to swerve as a warning to parents and drivers of unlikely hidden dangers.

A UPS driver hoping to draw awareness about distracted driving and pedestrian safety snapped a now-viral photo of a young boy hiding under a pile of leaves near the side of a road while on his delivery route.

Driver Jordan Weaver was in Elkhart, a town about 150 miles north of Indianapolis, on Nov. 5 when he spotted the barely visible boy hiding in a leaf pile inches from the road, he told South Bend news station WSBT-TV. He first walked across the street to give a parcel to a woman who turned out to be the boy’s mother.

“I couldn’t believe it at first — my heart completely stopped,” Weaver said when he saw the boy on the ground. “Luckily, I parked across the street from the stop, so I didn’t see the child until after I made the delivery. I immediately grabbed my phone and went and asked the mother if I could take a picture.”

They recreated the moment with the boy’s head visible, Weaver said, hoping to use the photo as a teaching moment.

“At every location all over the world, we do 15-minute PCM meetings before drivers go out on the road,” UPS director of corporate media Glenn Zaccara told Yahoo! Lifestyle, referring to the company’s pre-work communication meetings. “Part of it is stretching and literally getting themselves ready to go out. But an important part of the PCM is some type of safety message.”

Each driver takes turns delivering a safety tip or story each morning.

Weaver shared his story with his colleagues and sent the photo to someone on a local UPS safety committee program, who then posted it to Facebook.

“He could have died,” said Dayana Botello, who saw the photo on the social media website. “I said ‘Oh my goodness, I have to be even more careful in paying attention to our kids.’”

Zaccara said the UPS spends almost half a billion dollars on safety and driver training, which Weaver had just completed.