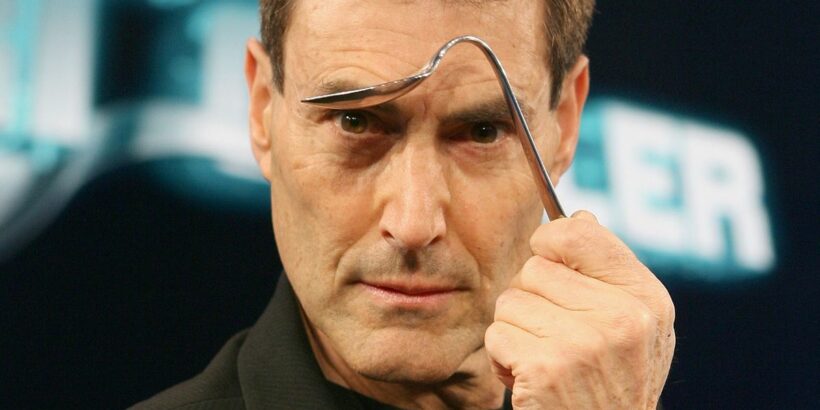 Uri Geller has spoken out about NASA's recent asteroid mission, calling it "amazing" and suggesting it could be a bid to fight off "bad" aliens.

On Monday (September 26) the space association's DART mission successfully hit an asteroid, hopefully managing to change the flight path of a natural space object for the first time.

But Uri believes there's more to the mission than NASA is letting on.

In a video posted to Twitter he said of the achievement: “Out there there are good aliens and there are bad aliens.

"Could it be that we’re preparing a drill, we’re building weapons, against invading aliens? You decide."

He then gestured to footage of the NASA celebration, declaring: "This is amazing."

He also captioned the post with a series of cryptic lines addressed to his 25.2k followers on the popular social media platform.

"Aliens may destroy humanity to protect other civilizations, scientists may think so?," he said.

"Are we now preparing weapons against the threat of possible alien invasion? I think so. I am certain that the good will arrive first," with an alien emoji.

"Landing on [the Scottish Island of] Lamb? Citizenship," he added, suggesting the aliens could bag the right to live and work in the UK if their UFOs were to land in the Firth of Forth.

Fans were quick to add their own perspective, with one adding: "Military personnel have witnessed nuclear missiles being deactivated when UFOs were seen nearby, it was mentioned in the disclosure project in 2001, I find that reassuring!"

Another was less optimistic, adding: "You already know this isn't true, and the majority are evil."

Uri's prediction comes following a successful mission by NASA to create a collision between a spacecraft, known as the Double Asteroid Redirection Test (DART), and an asteroid known as Dimorphos.

It is hoped the successful venture will mean that, should meteors threaten to crash into Earth, we will have the technology to divert their course and save mankind.

NASA said: “DART’s target asteroid is not a threat to Earth but is the perfect testing ground to see if this method of asteroid deflection – known as the kinetic impactor technique – would be a viable way to protect our planet if an asteroid on a collision course with Earth were discovered in the future.”