Court rules 1565 shipwreck found off the Florida coast belongs to France because the vessel was made there, and NOT to the salvage company which discovered it

A U.S. federal court has ruled that a shipwreck off Florida’s Atlantic coast belongs to France and not the salvage company that found it in 2016.

A report by The Florida Times-Union says a U.S. magistrate ruled last week that the wreck was la Trinite, the flagship of French captain Jean Ribault, making the vessel France’s protected property, a decision backed by the state of Florida.

As such, private companies are now prohibited from salvaging the ship, which will help to preserve the artifacts within. 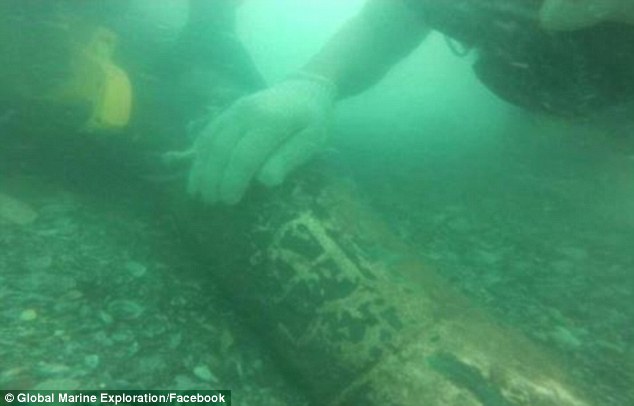 A US court judge has ruled that a shipwreck found off the Florida coast belongs to France. It was originally found by a private salvage company in 2016

The court case was initiated after salvage company Global Marine Exploration discovered the wreck in 2016, announcing that it had found three ornate bronze cannons and a marble monument featuring France’s fleur-de-lis coat of arms, among other artifacts inside.

In the company’s newsletter, it stated that, ‘Initial findings suggested the possibility that these were part of the remains of the lost French ships commanded by Jean Ribault in 1565, but subsequent physical evidence and historical research by the GME archaeological team have ruled out that possibility, the identity of the sunken vessel or vessels may never be known.’

This sentiment appears to be the basis of the salvage’s company’s court argument, which was that it had the rights to claim the shipwreck because its identity couldn’t be established.

France, however, argued that the wrecked ship was part of its Royal Navy and, in fact, was Ribault’s flagship.

In 1565, Ribault had been on his way to Florida, aiming to reinforce a struggling French colony in what is now Jacksonville, Florida, when a hurricane wrecked his fleet, giving rival Spanish troops the opportunity to seize Fort Caroline and affirm Spain’s claim to Florida.

The U.S. Sunken Military Act states that any ship that sailed for another country still belongs to that country. 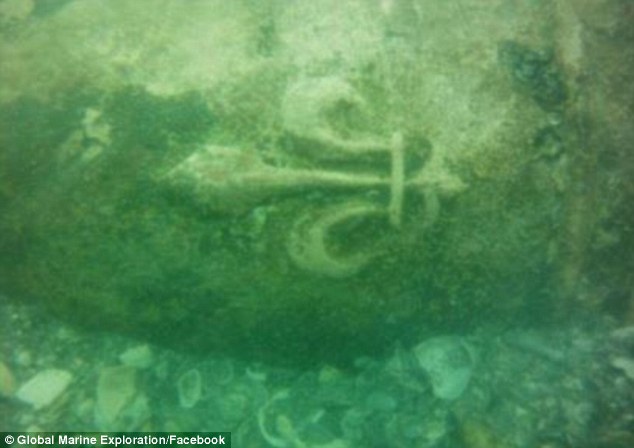 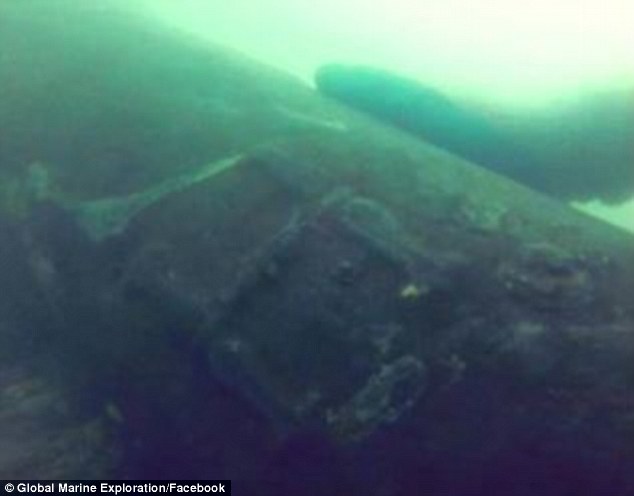 The court’s ruling means that private companies are now prohibited from salvaging the ship, which will help to preserve the artifacts within

In the 2016 newsletter, the salvage company’s chief archaeologist, Jim Sinclair, said, ‘the historical and archaeological significance of these artifacts cannot be overstated.’

The salvage company speculated at that time that the monument found ‘could have possibly been connected to the first French attempts at new world colonization, the Protestant Huguenots and the founding of Spanish Florida at St. Augustine.’

The Florida Times-Union reported that records indicated that Ribault’s flagship, la Trinite, had been carrying monuments carved with fleur-de-lis and meant to be used when claiming territory in France’s name on the southeast coast of the now United States.

An attorney representing the French government said that it is unlikely the country will begin salvaging the ship immediately.

‘It’s premature to discuss timing of the next steps,’ attorney James A. Goold told the newspaper, adding that France will be evaluating what to do about the wreck.

Local historians were reportedly very excited about the court’s ruling and the artifacts contained within the wreck.

‘This is the most important shipwreck ever discovered in North America, archaeologically, historically — all of the above,’ John de Bry, director of the Center for Historical Archaeology in Florida’s Melbourne Beach said.

‘It’s going to tell us a lot about how people lived, and give evidence of how serious the French were in establishing a colony in New France, in Florida.’

It is unclear whether Global Marine Exploration intends to appeal the ruling.