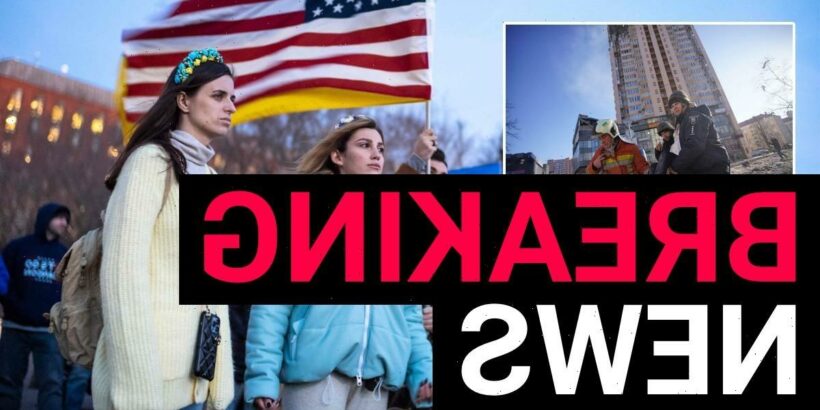 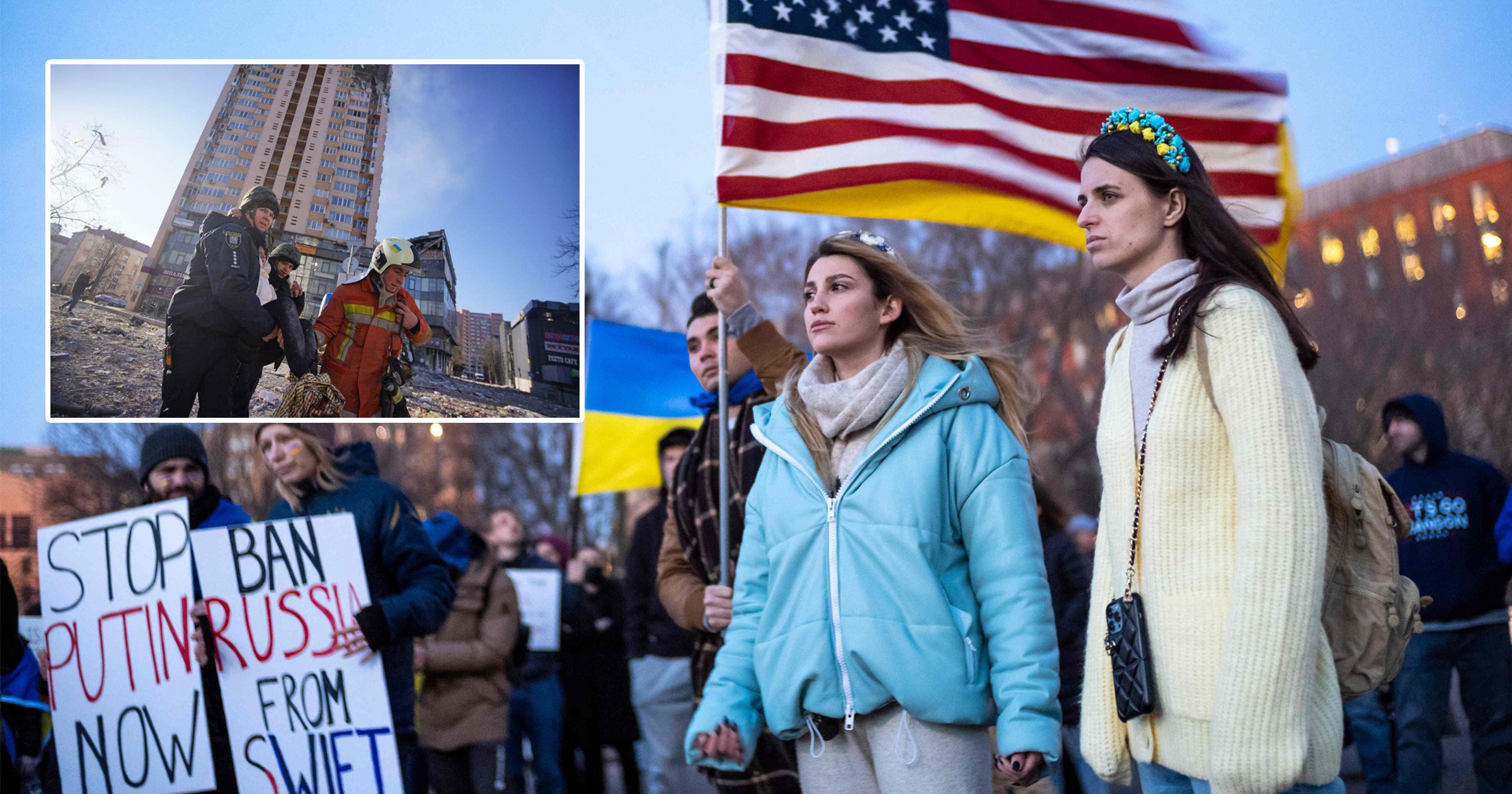 The US has cut off the Russian central bank and sanctioned the state investment fund in another hard-hitting retaliation for the war in Ukraine.

The move prohibits Americans from doing any business with the bank as well as freezes assets within the United States.

A senior Biden administration official said the measure will take effect immediately following intelligence the central bank was trying to move its assets out of foreign countries in anticipation of further sanctions.

;Our strategy to put it simply is to make sure that the Russian economy goes backward. As long as President Putin decides to go forward with his invasion of Ukraine,’ the official told CNBC.

It comes after Western powers moved to exclude some Russian banks from Swift, a global international payments system.

Countries are ratcheting up punishments as Vladimir Putin refuses to withdraw his troops five days after ordering an invasion on his southern neighbour.

Russia launched a fresh wave of bombing on key infrastructure sites in Ukraine overnight on Saturday after being frustrated by a lack of progress in the first few days of the attack.

Chilling satellites have captured what appears to be a huge convoy of Russian troops and tanks travelling towards the capital city Kyiv today.

There has also been street fighting in the second largest city of Kharkiv, which is located just 12 miles south of the Russian border.

Ukraine’s President Volodymyr Zelenskyy said the attacks had been brutal, with shelling of civilian infrastructure and attacks on ‘everything, including ambulances’.

He has accused Moscow of ‘verging on genocide’ in a lawsuit filed against the country at the Hague.

Russian troops have been steadily closing in on Kyiv, a city of almost three million people and scattered fighting has broken out in the capital’s suburbs.

In a bid to keep citizens safe curfews have been enforced, and people have been urged to hide in shelters and to stay away from balconies and windows in case they’re hit by stray bullets.

However, hundreds of civilians are thought to have died in less than a week of fighting. Europe is also facing a refugee crisis with half a million people estimated to have fled to neighbouring countries like Poland.

Diplomats from both sides are said to have headed to the border to begin peace talks today.

The peace talks will reportedly take place without precondition and on the border with Belarus, despite the Russian ally appearing to be readying itself to join the war on Vladimir Putin’s side.

The update came shortly after Putin ordered Russian nuclear forces to be put on high alert in response to what he called ‘aggressive statements’ by leading Nato powers.