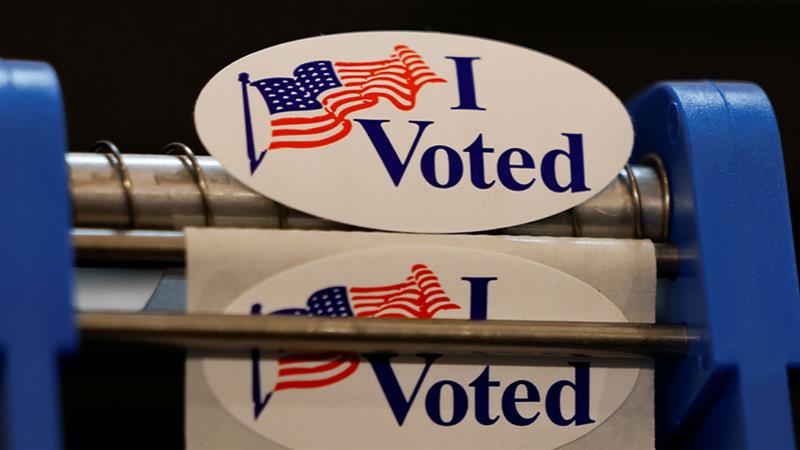 Hello and welcome to Al Jazeera’s continuing coverage of the US elections. William Roberts and Steve Chaggaris will update you throughout the day.

Read all the updates from yesterday (September 17), including coverage of Biden’s Pennsylvania town hall and Trump’s late Wisconsin rally, here.

Virginia Senator Tim Kaine, who was the Democratic vice presidential nominee in 2016, tweeted a picture of himself voting in person.

I just voted early for @JoeBiden, @KamalaHarris, and Democrats all the way down the ticket here in Virginia—what a great day! I hope you’ll join me—it’s easy, convenient, and boy does it feel good to vote for competence, character, and compassion: https://t.co/B21QKpeiSj pic.twitter.com/tTS4ysyDUj

Minnesota has not voted for a Republican president since Richard Nixon in 1972, yet Trump surprisingly came within 1.5 percent of beating Hillary Clinton there in 2016.

Trump and his campaign believe they have a chance to flip that reliably Democratic state this year and he is travelling to Bemidji in the less-Democratic northern part of the state for a campaign rally today. For his part, Biden will also head to northern Minnesota today for a campaign event in Duluth.

Al Jazeera Online’s William Roberts has more on why Minnesota might be fertile ground for Trump.

“They said it couldn’t be done. But President Trump did it,” the advertisement says before mentioning his Nobel Peace Prize nomination (he is one of 318 total nominations in 2020).

Trump’s opponents have been making a big deal about a report that the president allegedly referred to those who died in war as “losers” and “suckers”. Now, Joe Biden’s campaign is running an advertisement about those comments.

The TV advertisement features an Air Force veteran who notified families when loved ones died during military service. “These military families suffer,” he says. “And those spouses are not suckers. And those children are not losers.”

Trump has vociferously denied the specific allegations in the report, however, he has made widely-covered public comments in recent years denigrating veterans.