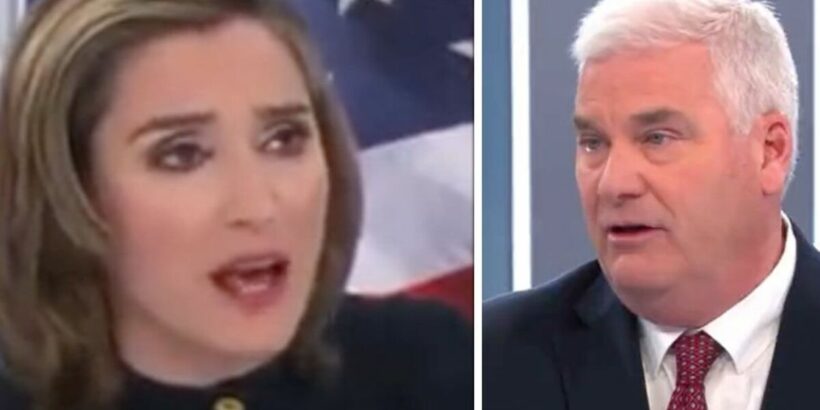 Republicans warn of 'civil war' if party loses US midterms

Republican Congressman Tom Emmer was confronted over his use of a gun in a political ad ahead heightened risk of political violence during the US midterms elections. In a clip posted on his Twitter feed that has since been deleted, the Republican Congressman fires a gun with the caption saying “Let’s #FirePelosi” in reference to campaign to get the House Speaker out of the House. CBS news anchor Margaret Brennan said his usage of a gun with the hashtag Nancy Pelosi could lead some individuals to believe that taking up arms is the only way Republicans can win over Democrats.

CBS news anchor Margaret Brennan asked Republican Congressman Tom Emmer on Face The Nation: “I want to ask you about this when it comes to political violence.

“In your Twitter feed, you posted this video just a few days ago where you’re firing a gun and it says: ‘Enjoyed exercising my Second Amendment rights #FirePelosi’.

“Why is there a gun in a political ad at all?”

The Republican Congressman defended: “That wasn’t an ad.”

The CBS news anchor fired back: “Hashtag Fire Pelosi with a weapon! Wouldn’t a pink slip be more fitting if it’s about firing her? Why a gun?”

Congressman Tom Emmer said: “It’s interesting they were talking about this this morning when a couple of years back when a [Democratic candidate in 2016] Bernie Sanders supporter shot Steve Scalise…”

CBS’s Maragret Brennan fired back: “Which was horrendous and horrific, which is why we should not be putting weapons.”

Mr Emmer continued: “When that supporter shot Steve Scalise, I never heard you or anyone else in the media trying to blame Democrats for what happened.”

CBS’s Brennan said: “We did extensive coverage of what happened to Steve Scalise. There is extensive news coverage, sir.”

CBS’s Brennan retorted: “I’m not talking about your rhetoric, I’m talking about what you posted. You’re shooting a gun! Hashtag Fire Pelosi!”

CBS news anchor Margaret Brennan blasted the Republican Congressman, saying the video could be suggestive to “people who are in a bad state” of taking up arms ahead of the highly-polarised midterm elections.

The threat of political violence amped up after Nancy Pelosi’s husband was attacked in their San Francisco’s house, as the US security agencies issued a heightened threat advisory and warned that other candidates as well as poll workers could come under attack.

Both houses of Congress are still very much up for grabs with Democrats and Republicans evenly split in terms of vote share. Republicans lead with a razor-thin margin of less than one percent over Democrats, according to polls aggregator FiveThirtyEight.