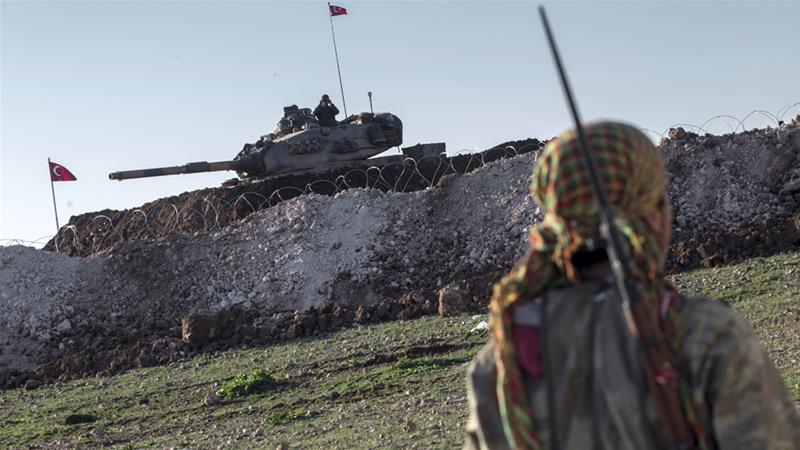 Syrian Kurdish fighters previously armed by the United States are no longer part of the battle against ISIL and the US-led coalition doesn’t support them, a US military official said on Tuesday.

The comments were the first indication by American officials that US-led forces may not intervene if Turkey follows through with a promised cross-border military operation to wipe out the group known as YPG, which controls the Afrin region along Turkey’s southern border.

The US has viewed the YPG as the most effective fighting force against the Islamic State of Iraq and the Levant (ISIL, also known as ISIS) – and has provided weapons, training, and air support.

An estimated 8,000-10,000 YPG soldiers are operating in the Afrin region in Syria’s Aleppo province, which borders Turkey’s Hatay and Kilis areas.

YPG is considered a “terrorist group” by Turkey because of its ties to the banned Kurdistan Workers’ Party (PKK), which has waged a decades-long armed conflict in Turkey, killing an estimated 40,000 people.

“We don’t consider them as part of our ‘Defeat ISIS’ operations, which is what we are doing there and we do not support them. We are not involved with them at all,” Rankine-Galloway told the news agency.

“We are not operating in Afrin. We are supporting our partners in defeating remaining ISIS pockets along the Middle Euphrates River Valley,” Dillon was quoted as saying.

Al Jazeera asked the US-led coalition, formally known as Operation Inherent Resolve, if it would intervene on behalf of the YPG if Turkey targets Afrin.

“It would be inappropriate and irresponsible to speculate on hypothetical situations,” the Public Affairs Office responded in an email.

“What we can tell you is that the international coalition is resolved to train, equip and support our SDF (Syrian Democratic Forces) partners to attain the lasting defeat of ISIS.”

Turkey’s President Recep Tayyip Erdogan vowed on Sunday “to purge terrorism from our southern borders”, adding his military will attack the YPG in Afrin in the coming days.

Erdogan’s comments followed the US-led coalition’s announcement that it would train 30,000 fighters from the YPG-dominated SDF to act as a “border force” in northern Syria.

“Is the duty of protecting NATO borders left to terror groups? We can protect our own borders,” Yildirim was quoted as saying by Anadolu.

He asked countries to choose between NATO responsibilities or collaboration with “marauders”.

The US-led coalition said Turkey had nothing to fear from a border force in northern Syria.

“These internal forces are focused on preventing the flow of terrorists across borders, thus bringing more stability to the region.”

Speaking at a high-level NATO meeting in Brussels on Tuesday, Turkey’s armed forces chief, General Hulusi Akar, said his country will not allow YPG to receive assistance from any NATO nation.

“We cannot and will not allow support and arming of the YPG terror group under the name of an operational partner. We hope this mistake will be corrected in the shortest time,” Akar said.

When asked for a response to the situation on the Syria-Turkey border, a NATO official told Al Jazeera in an email: “NATO is a member of the Global Coalition to Defeat ISIS and supports it with flights of AWACS surveillance aircraft and with training for Iraqi forces.

“Nevertheless, NATO does not have a presence on the ground in Syria.” 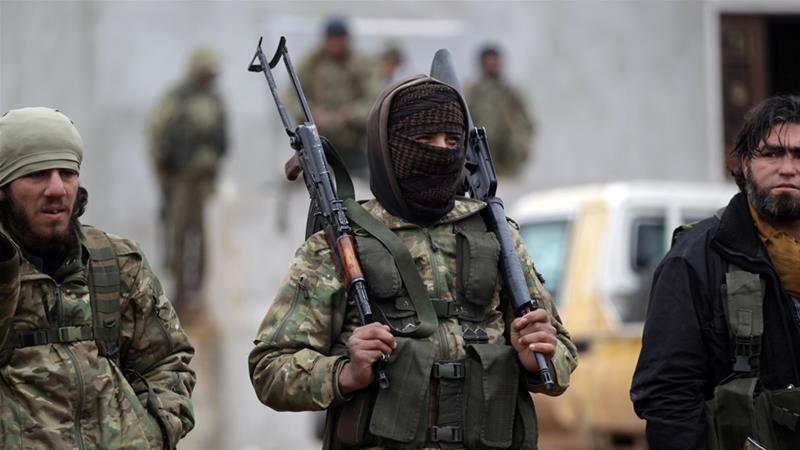 Has the Syrian opposition lost the war?