Officials believe the weapons were being illegally transported to Iranian-backed Houthi rebels in Yemen in breach of a UN arms ban. Crew members from the USS Normandy seized the weapons after swooping on a small dhow while carrying out maritime security operations. A video released by the US Navy showed a a high-speed launch from the Normandy approach the dhow as those aboard the traditional Middle Eastern vessel stood with their arms raised in surrender.

The US navy personnel also seized three surface-to-air missiles, thermal imaging weapon scopes, components for unmanned aerial and surface vessels and a range of other munitions and advanced weapons parts.

They are now being examined by international weapons inspectors. 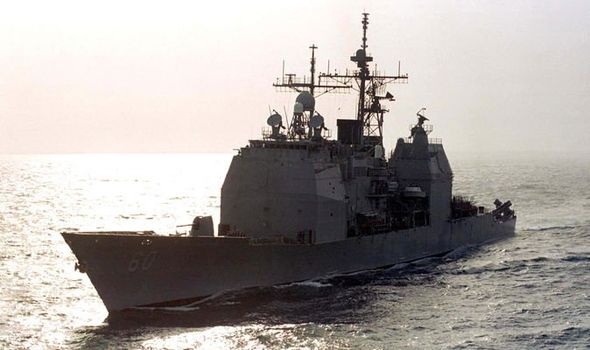 The arms seizure comes as tensions in the region remain high after the US killed a top Iranian general in an airstrike in Iraq last month.

Washington has ramped up economic sanctions and sent additional forces to the Middle East over the past year to confront Iran, which it says is pursuing nuclear weapons and fuelling conflicts across the Mideast.

Iran has denied providing weapons to the Houthi rebels, who have taken credit for staging attacks on neighbouring Saudi Arabia, since the conflict in Yemen broke out almost five years ago. 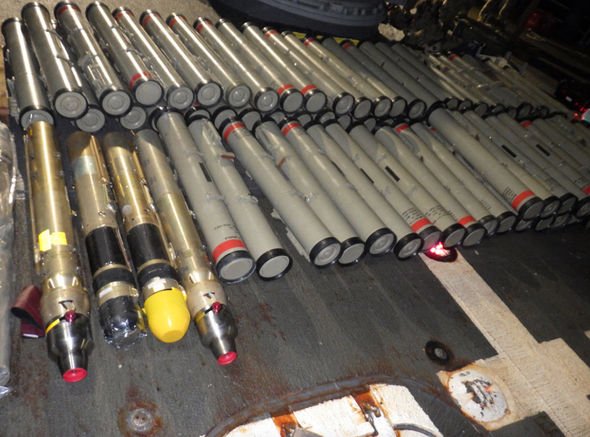 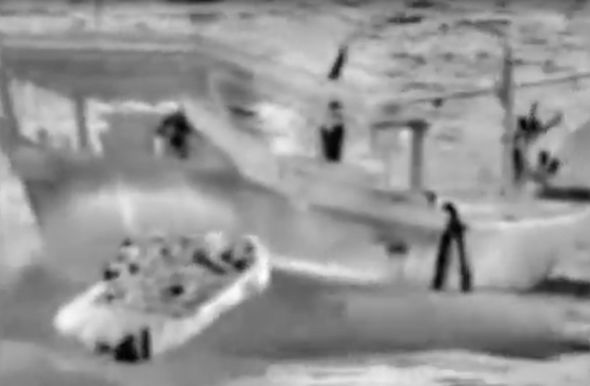 They are believed to be similar to those seized by the USS Forest Sherman in the Arabian Sea last November.

They were also deemed to be of Iranian origin and were also bound for the Houthis in Yemen in violation of UN Security Council Resolution prohibiting direct or indict supply, sale, or transfer of weapons to the rebel group.

Iran has long backed the Houthis in Yemen’s brutal civil war which has resulted in what the UN calls the world’s worst humanitarian disaster. 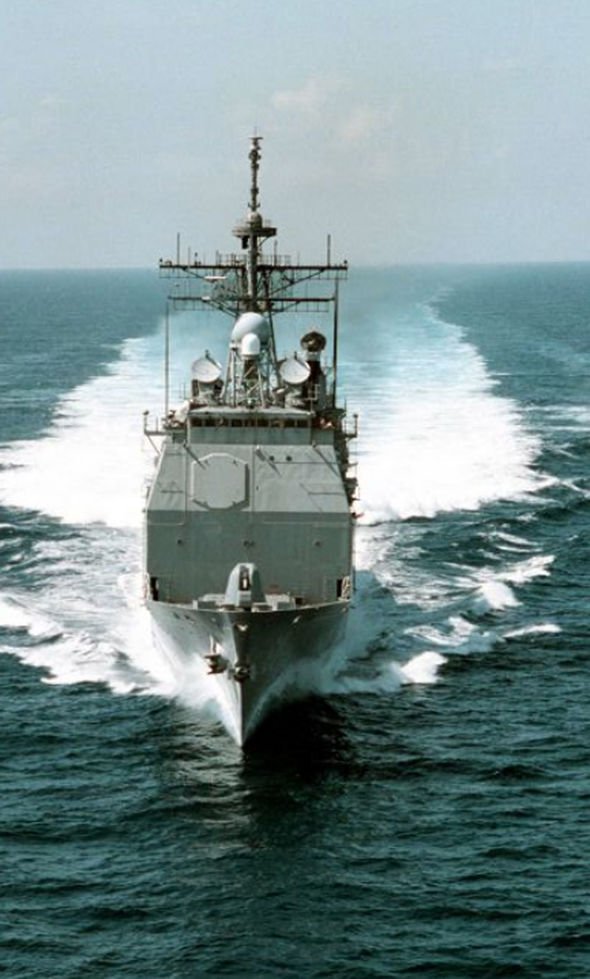 The Houthi uprising in 2015 seized control of much of the country and forced President Abdrabbuh Mansour Hadi to flee to Saudi Arabia.

Since then, a coalition of Arab states led by Saudi Arabia and the United Arab Emirates has been fighting to restore Mr Hadi to power.

The UN office of the High Commissioner for Refugees (UNHCR) said the conflict in Yemen has killed at least 100,000, displaced 4.3 million people and left an estimated 80 percent of a population of 24 million without basic necessities.

International efforts at brokering a ceasefire and peace deal have been unsuccessful.