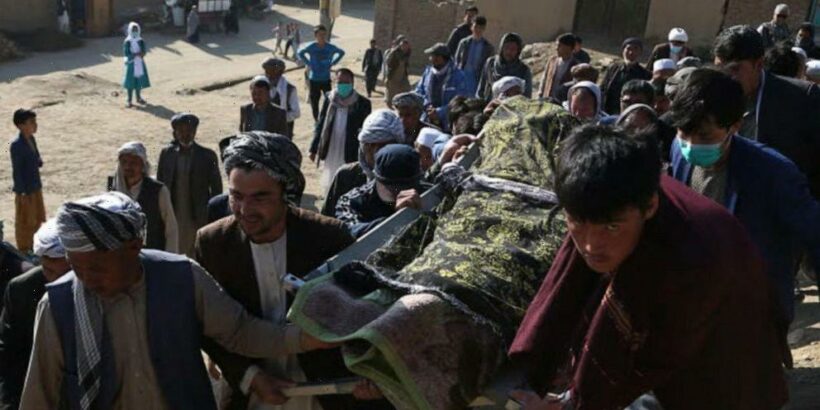 ISLAMABAD — The U.S. State Department said Wednesday it was offering a $5 million reward for information about an American woman kidnapped in Afghanistan in 2008.

Cydney Mizell, a humanitarian aid worker and her driver, Mohammad Hadi, were kidnapped in southern Kandahar province, where Mizell was teaching English and embroidery at a local girl’s school.

The State Department statement said Mizell and her driver were most likely killed by their captors, who have never been identified. She is believed to have been buried in Kandahar but her body has not been recovered.

Posters circulated on email by the U.S. Embassy offering the reward carry a picture of a smiling Mizell, who had lived in Kandahar for three years before her disappearance. “Help us return her to her family,” the poster reads.

No one has claimed responsibility for Mizell’s kidnapping. Kandahar was the spiritual heartland of the Taliban until their ouster in 2001 by the U.S.-led coalition.

The reward is being offered through the State Department’s “Rewards for Justice program,” which has paid out more than $200 million since it began in 1984.

The U.S. is also seeking the freedom of Mark Frierchs, a contractor who disappeared in Afghanistan in early 2020 and is believed to be in the custody of the Taliban’s Haqqani network.

The Taliban have denied taking Frierchs. But Zalmay Khalilzad, the U.S. envoy seeking to broker peace in Afghanistan, has reportedly been pressing the insurgent movement for information on his whereabouts.

There is a growing urgency to locate missing Americans in Afghanistan as the U.S. withdraws the last of its 2,500-3,500 troops, ending its longest military engagement. The last American soldier and the roughly 7,000 allied NATO forces will be out of Afghanistan by Sept. 11 at the latest.

Most indications are that the troops will be gone before the Sept. 11 deadline — the 20th anniversary of the terrorist attacks on the U.S. that brought American troops to Afghanistan to hunt down the al-Qaida perpetrators who killed nearly 3,000 people.

As of Monday, the Pentagon said anywhere from 13% to 20% of the withdrawal had been completed. So far, the U.S. military has packed 117 C-17 Cargo aircraft with equipment and supplies and returned them to the United States.