Protesters remained peaceful in Lancaster, Pennsylvania last night after it was revealed that Richard Munoz – the man whose death they were demonstrating against – had previously stabbed four people and tried to kill a police officer.

A small group of protesters could be seen gathered in Lancaster last night, holding ‘Defund the Police’ and ‘Black Lives Matter’ banners, but their numbers had dwindled since the previous day.

Also in attendance were counter-protesters dressed in army fatigues, who told a DailyMail.com photographer they were there to support the police.

The quiet night comes after it was revealed that 27-year-old Richard Munoz – who was shot dead by police on Sunday – was awaiting trial for stabbing and seriously injuring four people. 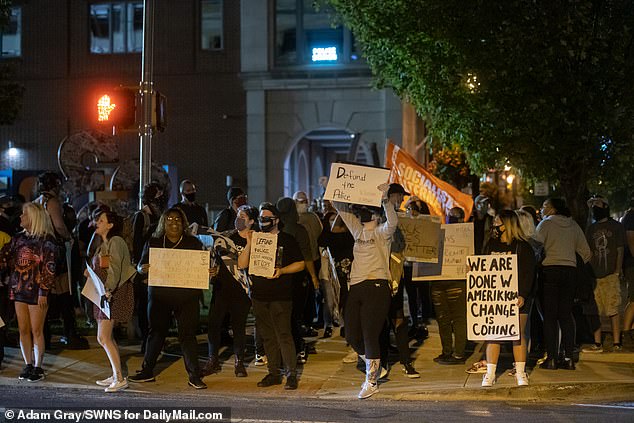 People attend protests in Lancaster, Pennsylvania, in the wake of the shooting of Ricardo Munoz, last night 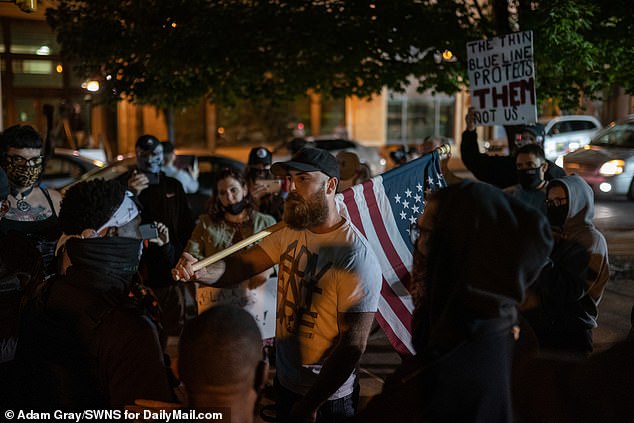 A man carrying an American flag speaks with a protesters during demonstrations in Lancaster, Pennsylvania last night

Cops were called to a home in Lancaster at 4.15pm by Munoz’s sister – who told the attending officers he had become aggressive toward their mother and was trying to break into her house.

Body camera footage released by the Lancaster County District Attorney’s Office shows the 27-year-old emerging from the house as soon as an officer arrived 10 minutes later. 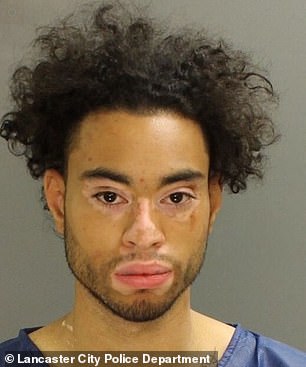 Bodycam video shows Ricardo Munoz, 27, pictured ‘brandishing a knife over his head’ in a threatening manner. He was shot dead

Munoz could be seen charging at the officer while brandishing a knife above his head ‘in clear view’ and ‘in a threatening manner’ before the officer fired at him. He died at the scene.

Sunday’s shooting sparked protests in the city, with people marching from the scene of the shooting to the Lancaster Police Department while chanting ‘this is what democracy looks like’.

Eight individuals were arrested during the previous night’s protests after demonstrators smashed in windows of police cars, caused damage to the police station and USPS building.

They also upended trash cans and other items, setting them as a barricade to an intersection. They also started a dumpster fire, police said.

The eight were arrested for arson, vandalism, and riot, among other charges.

DMunoz was awaiting criminal trial on four counts of aggravated assault before he was shot dead Sunday. He also had previous charges of stalking, harassment and criminal trespassing. 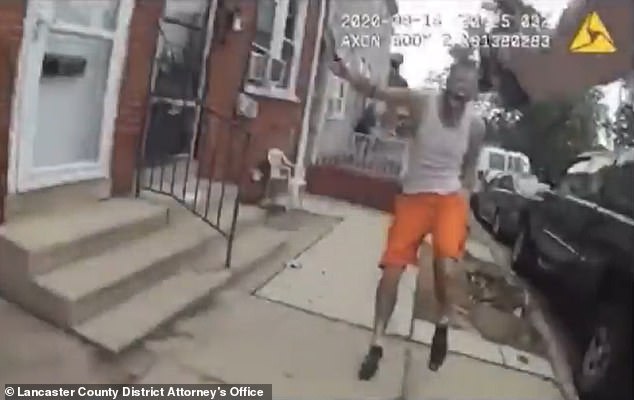 Ricardo Munoz was fatally shot by an officer who authorities say was responding to a domestic disturbance call. He can be seen here holding a knife in his right hand

The officer responding to the incident fired several shots at Munoz

At the time, police said an argument between Munoz and several people became physical. He was punched and kicked by them before they walked away from the fight.

Munoz then retreived a folding knife from his backpack and stabbed four other people. It’s not clear if the four people stabbed were involved in the initial argument.

When police arrived at the scene, they found Munoz standing outside a home holding a knife to his throat. He refused to drop the knife when commanded to by officers, and then tried to jump over a handrail.

Cops then used a taser on him to subdue him, and he was taken into custody. 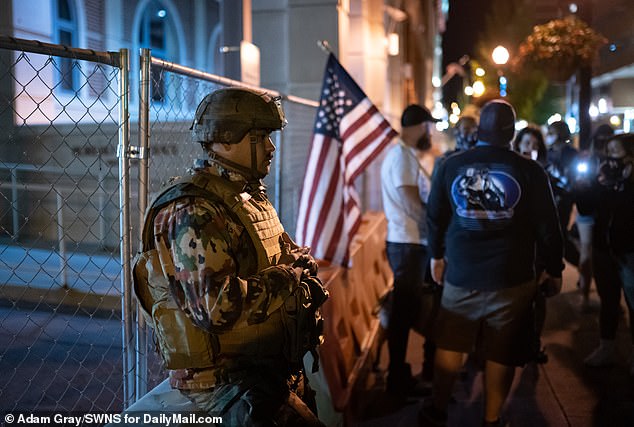 A man dressed in army fatigues, who said he was in the U.S. Army, shows his support for the police during protests against the shooting of Ricardo Munoz in Lancaster, Pennsylvania last night 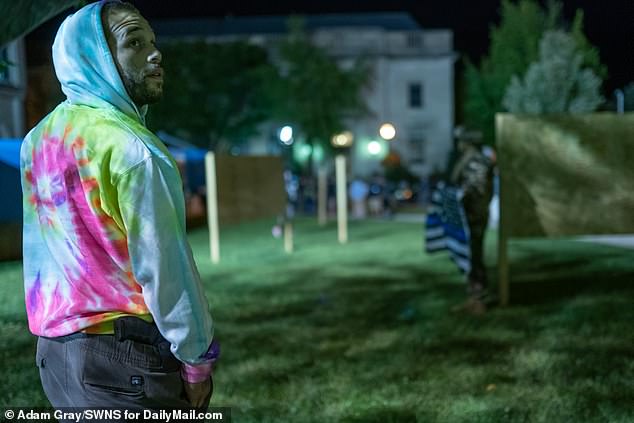 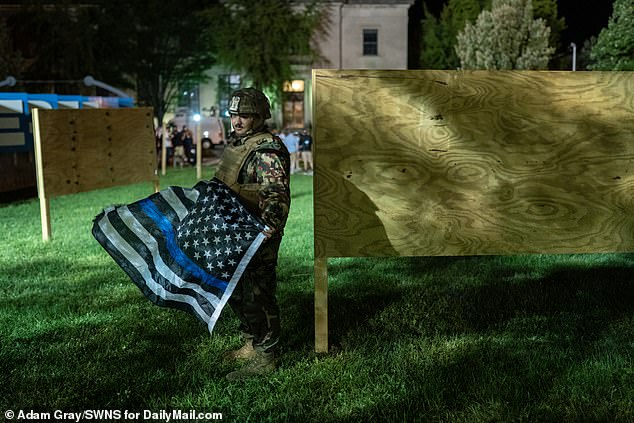 A man dressed in army fatigues who said he was in the U.S. Army shows his support for the police as people attend protests in Lancaster, Pennsylvania

Police Chief Jarrad Berkihiser held a brief news conference but shared very few details of the shooting. He said that people could remain near the crime scene, but urged them to stay calm and peaceful.

A ‘final determination on the use of force’ will be made by District Attorney Adams.

‘We ask that acts of protest remain peaceful as violence and destruction of property will become headlines and serve no purpose for the safety and wellbeing of our citizens and neighborhoods,’ the DA’s office requested.

In a statement, Lancaster Mayor Danene Sorace said: ‘This has been a heartbreaking day for our city. I grieve for the loss of life and know that there are more questions to be answered as the investigation continues.’

The Lancaster County District Attorney’s Office is investigating the incident.