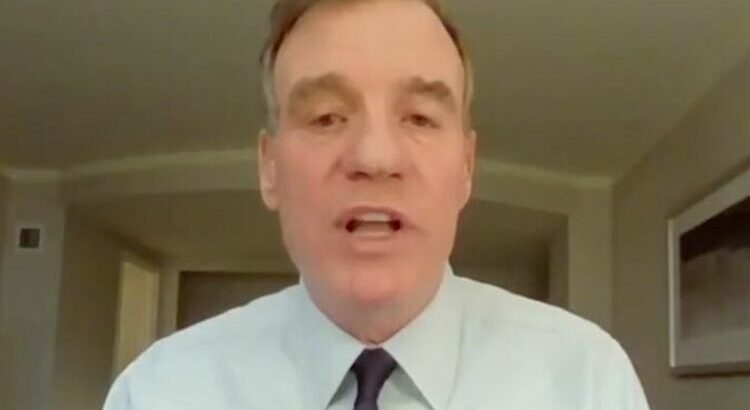 Russia: US Senator says people should ‘up their cyber defences’

A US senator has called for Americans to strengthen their cyber defences following the Russian invasion of Ukraine. President Vladimir Putin launched military strikes on Ukraine in the early morning of Wednesday amid a salvo of cyber attacks by Russia on Ukrainian government websites.

Mr Warner told CBS Morning: “I think everyone should up their cyber defences.

“I mean, the challenge we have when we see cyber sometimes when we release malware into a network, you don’t know where it ends up.

“About six years ago, five years ago, there was an attack called Natacha Russia launched against Ukraine, they ended up hitting American, European and even Russian assets costing billions of dollars.

“That was one piece of malware, right.”

He added: “If Russia let 100 pieces, 1000 pieces of malware out in an attack against NATO, or even against Ukraine that might bleed into NATO nations we are in totally unpredictable territory. “

Russia has carried out missile strikes on Ukrainian infrastructure and border guards, and explosions have been heard in many cities.

In the UK, Home Secretary Priti Patel has said officials were on alert for cyber attacks and disinformation campaigns from Moscow.

She tweeted: “Russia’s unjustified and unjustifiable attack on a democratic sovereign nation makes this a dark day in Europe.

“The people of Ukraine have our unwavering support.

“As we monitor developments, we will be especially mindful of the potential for cyber-attacks and disinformation emanating from Russia.

“Be in no doubt there is work ongoing across government 24/7 to maximise our resilience to any such attacks, which would be met with a suitably robust response.”

President Vladimir Putin ordered Russia’s military into Ukraine on Wednesday night after months of troop build-up and tensions with the West.

Announcing the invasion in a televised address, Mr Putin warned other countries that any attempt to interfere with the Russian action would lead to “consequences they have never seen”.

He said Russia does not intend to occupy Ukraine, and claimed responsibility for bloodshed lies with the Ukrainian “regime”.

Explosions were heard in the Ukrainian capital Kiev moments later, while blasts were also reported in the cities of Odesa and Kharkiv.