US HEALTH chiefs have told fans NOT to travel to Japan for the Olympics after a surge in coronavirus cases.

Hospitals in Japan are on the brink of collapse- just two months before the country is due to host the sporting event. 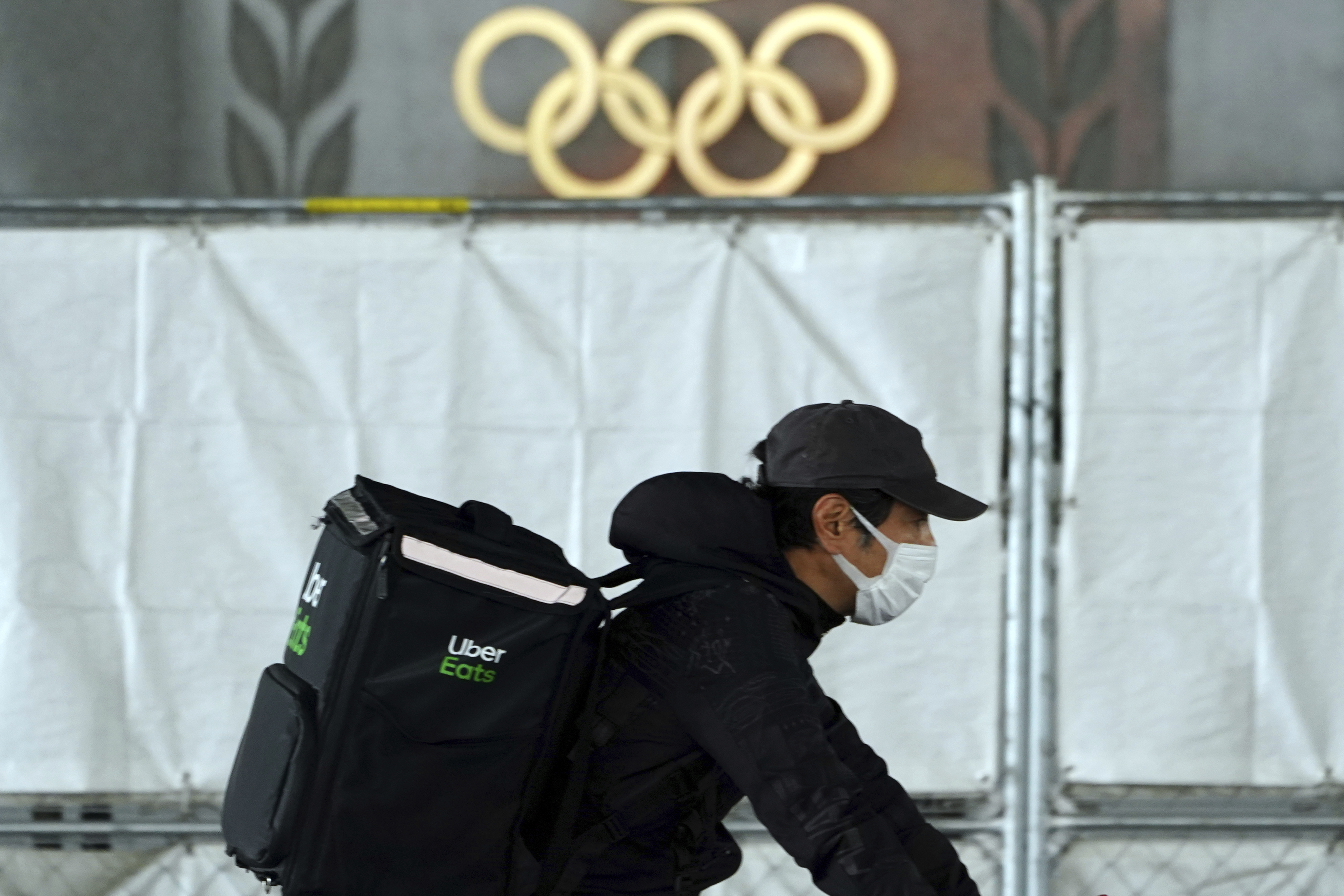 The alerts don’t ban US citizens from visiting the country – but could impact on travelers' insurance and will have to be taken into consideration by athletes who are due to compete.

The Centers for Disease Control and Prevention said: “Travelers should avoid all travel to Japan.

“Because of the current situation in Japan even fully vaccinated travelers may be at risk for getting and spreading COVID-19 variants and should avoid all travel to Japan.”

Meanwhile the State Department raised its travel alert from a Level 3, “reconsider travel”, to Level 4, “do not travel.”

Hospitals in Osaka, Japan's second-largest city, are at breaking point as the fourth wave of the pandemic sweeps the nation, sparking calls for the international sporting event to be scrapped.

The hardest hit area is Japan's western region, home to nine million residents – which accounted for a third of the country's deaths in May, despite only making up just seven per cent of its population.

Yuji Tohda, the director of Kindai University Hospital in Osaka, issued a stark warning that "simply put, this is a collapse of the medical system.

"The highly infectious British variant and slipping alertness have led to this explosive growth in the number of patients."

Caring for critically ill patients has also had a huge impact on those caring for them, according to 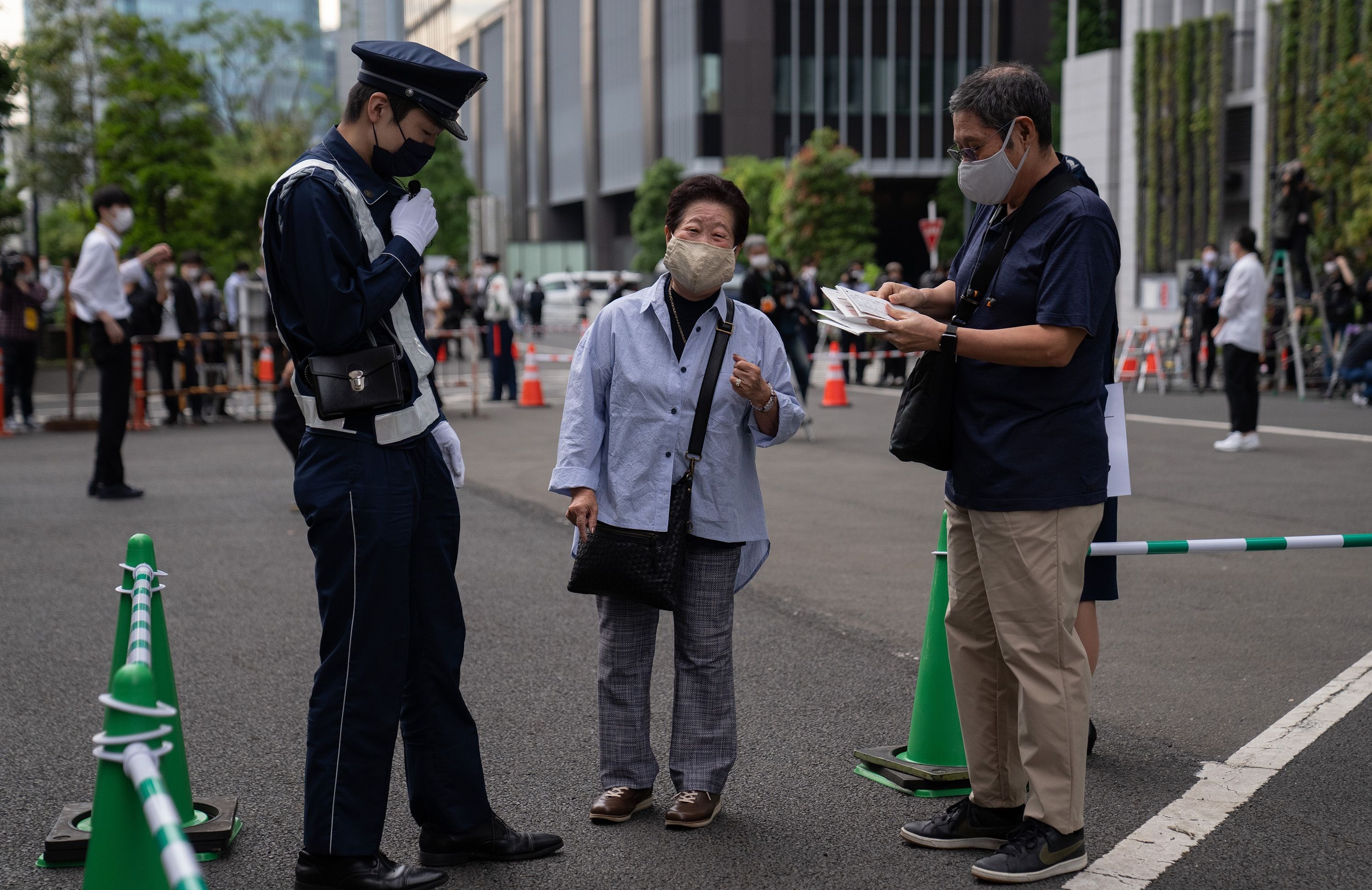 Satsuki Nakayama, the head of the nursing department at OMPUH.

"I've got some intensive care unit (ICU) staff saying they have reached a breaking point," she added. "I need to think of personnel change to bring in people from other hospital wings."

"Some of them are racking up 100, 150, 200 hours of overtime, and that has been going on for a year now…when on duty, they sometimes go home at one or two in the morning, and go to bed only to be awakened by a phone call at three or four."

It has ignited fears that the Olympics, due to be held in just two months, will put even more pressure on the buckling healthcare system.

"The Olympics should be stopped, because we already have failed to stop the flow of new variants from England, and next might be an inflow of Indian variants," Akira Takasu, the head of emergency medicine at the Osaka Medical and Pharmaceutical University Hospital (OMPUH), said.

"In the Olympics, 70,000 or 80,000 athletes and the people will come to this country from around the world. This may be a trigger for another disaster in the summer." 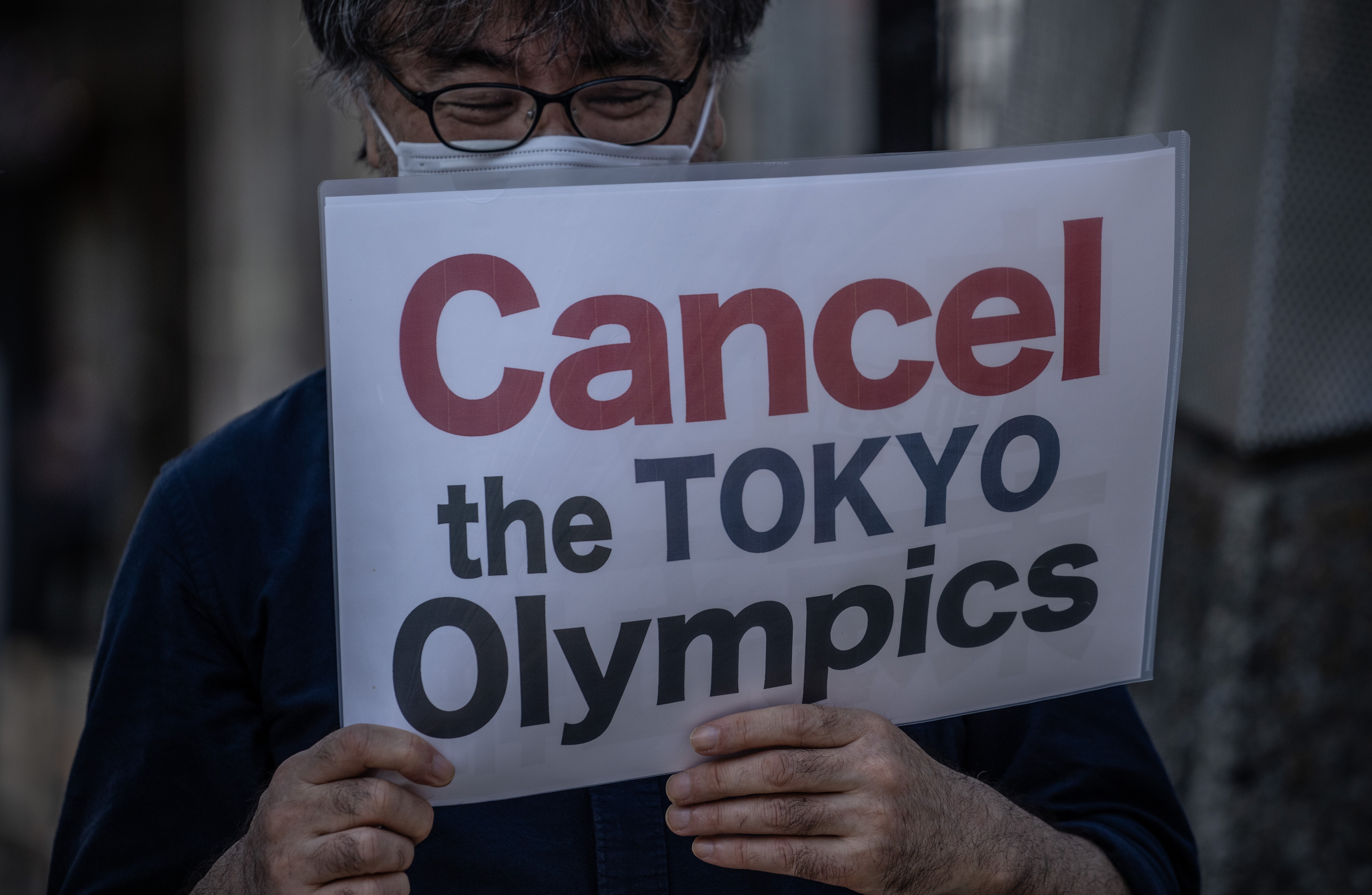 It comes after MP Toshihiro Nikai, the secretary general of the ruling Liberal Democratic Party, spoke of the games being cancelled just a day after Tokyo reached the 100-days-to-go mark last week.

Asked by reporters if calling off the Olympics was still an option, he said: "Of course."

But the politician also added: "It is important for Japan to have a successful Olympics. It is a big opportunity. I want to make it a success.

"We will have many issues to resolve and prepare, and it is important to take care of them one by one."

Osaka recorded 3,849 positive tests in the week up to Thursday, figures almost five times higher than three months ago.

Only 14 per cent of the city's 13,770 Covid sufferers have been hospitalised, meaning most of the infected masses are left to their own devices.

Officials told this month how 17 people who were not admitted to hospital have died from the virus since March. 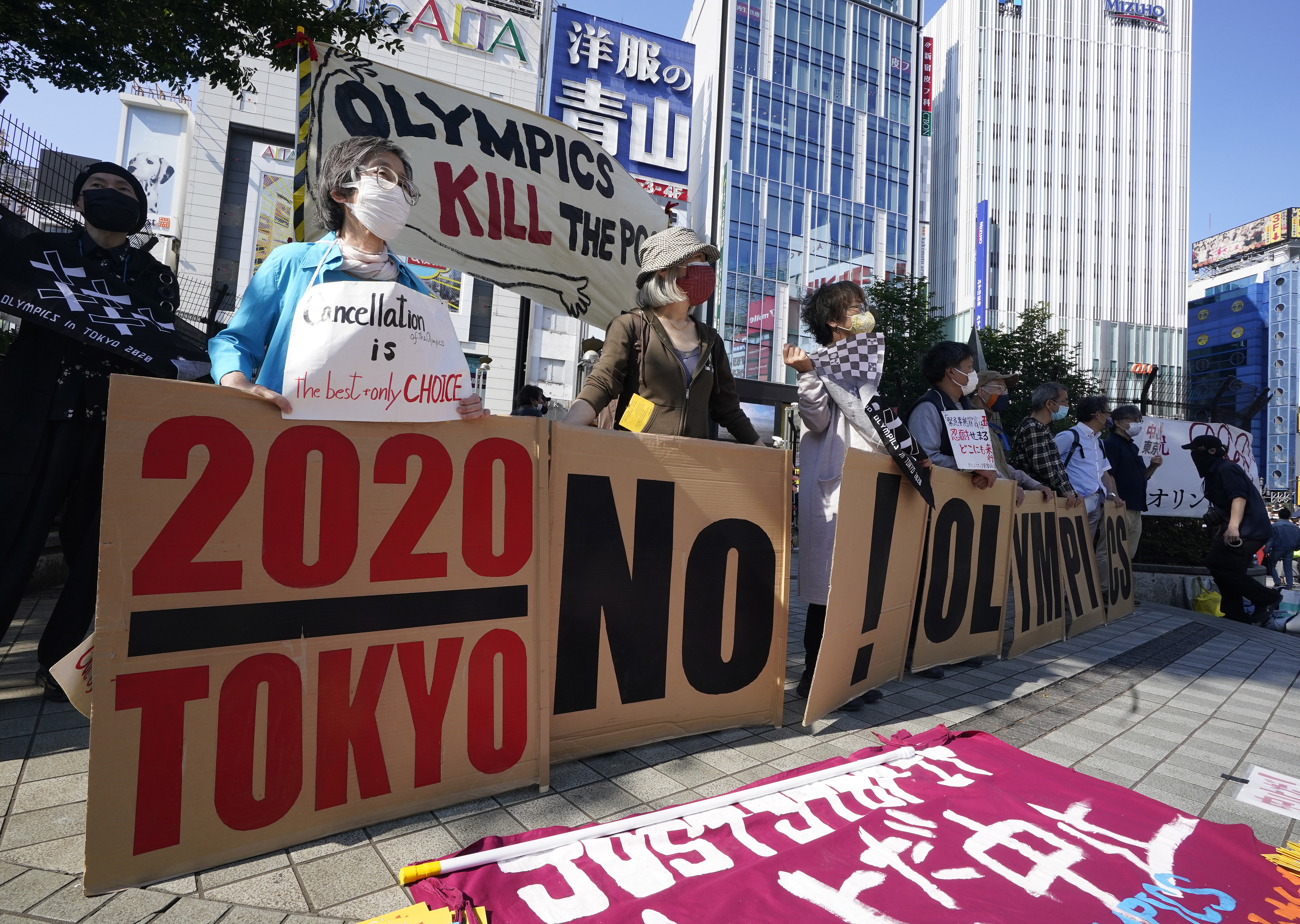 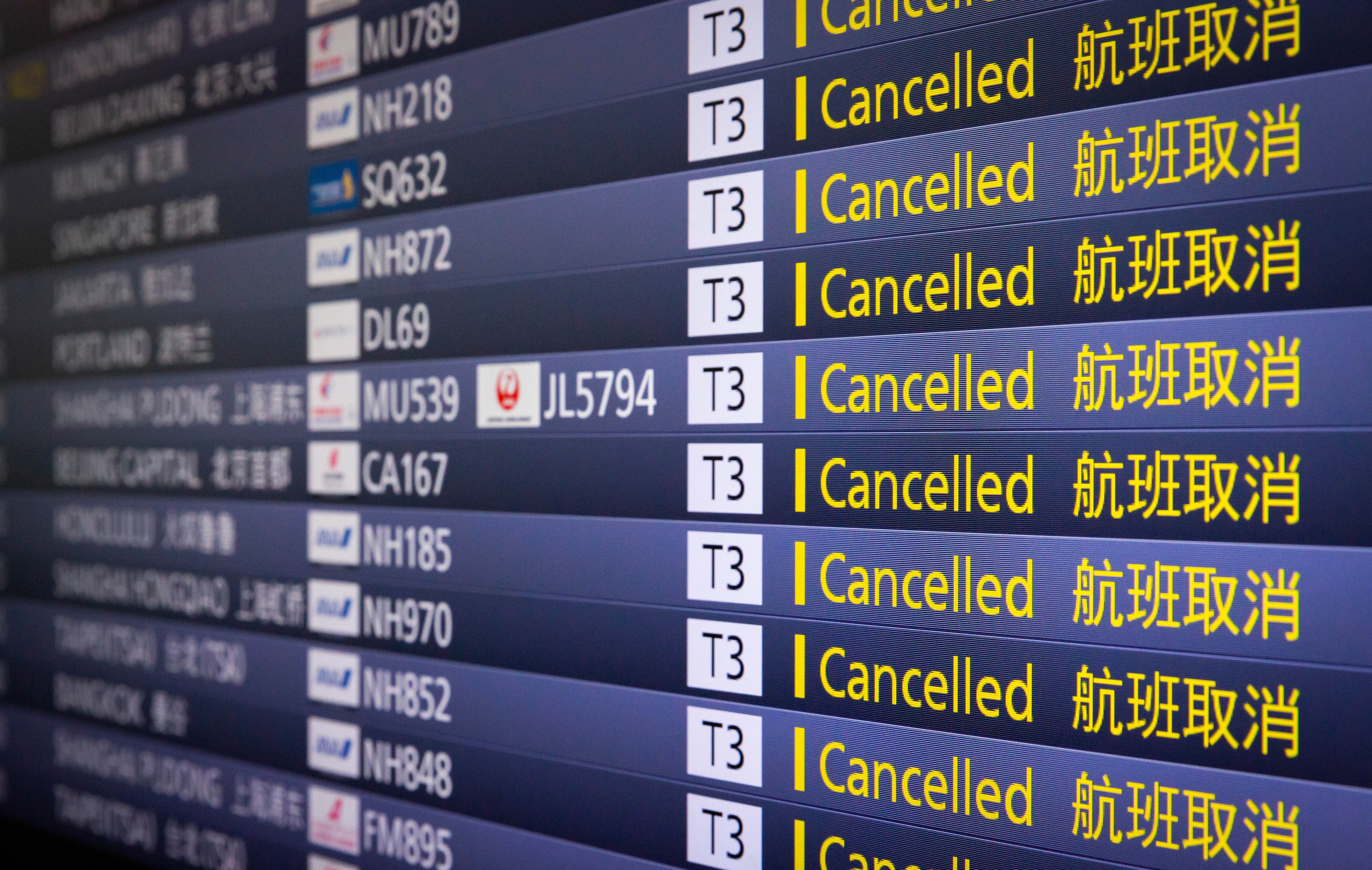 Todha's hospital is wading through a huge shortage of ventilators, while suppliers have complained to medics that propofol – a sedation drug used on intubated patients – is running severely low in stock.

The variants gripping the globe have exacerbated Japan's crisis further and hospital staff are struggling to cope with demand.

"The variant can make even young people very sick quickly, and once seriously ill, patients find it tough to make a recovery, said Toshiaki Minami, director of OMPUH.

"I believe that until now many young people thought they were invincible. But that can't be the case this time around. Everyone is equally bearing the risk."

Japan was among the last major countries to begin Covid vaccinations when it started in mid-February.

It has now launched a mass vaccination programme in Osaka and Tokyo in a battle to get the spread of the coronavirus under control.

Centres have been set up by the military in order to give thousands of people the jab every day with the elderly being given priority.

Only about 1.9 per cent of the population is fully vaccinated and the country's state of emergency is expected to be extended and regional authorities given more powers in an attempt to get the virus under control.

The country is currently dependent on Pfizer’s jab, as it’s the only Covid vaccine that has been approved by domestic regulators.

Only around half of Japan's medical workers have been inoculated.

Satsuki Nakayama, the head of the nursing department at OMPUH, said: "I've got some intensive care unit (ICU) staff saying they have reached a breaking point.

"I need to think of personnel change to bring in people from other hospital wings."