The Treasury Secretary has seen mass unemployment and economic uncertainty as a result of the coronavirus pandemic. The US has seen the worst of the virus worldwide, with 2,088,272 confirmed cases and 116,009 deaths.

Secretary Mnuchin said during an appearance on CNBC that the country cannot shut down the economy if a second wave hits the US.

He said: “We can’t shut down the economy again.

“I think we have learned that if you shut down the economy you’re going to create more damage, and not just economic damage.

“There are other areas…of medical problems and everything else that gets put on hold.” 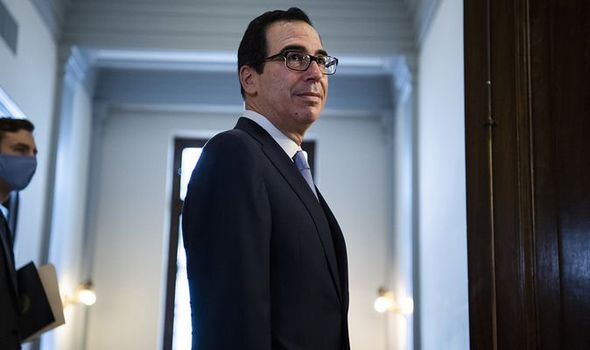 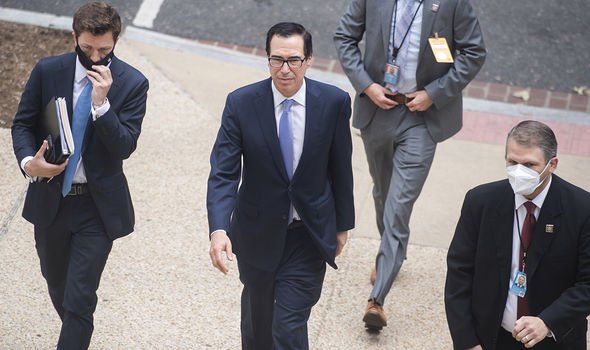 While he concedes that reopening the economy will lead to spikes in infections, Mnuchin believes that testing and hospital capacity is up to par to manage any outbreak.

He added: “I’d say the good news is plenty of hospital capacity, a lot of progress on testing.

“I think we’re over 20 million people that have been tested and will continue to test people…and that was something that was the big problem and the reason why the president needed to close down parts of the economy.”

US President Donald Trump has touted the country as world leaders in testing, with the highest amount of tests worldwide.

However, in terms of testing per capita, the US ranks 30th, behind Estonia and Belarus. 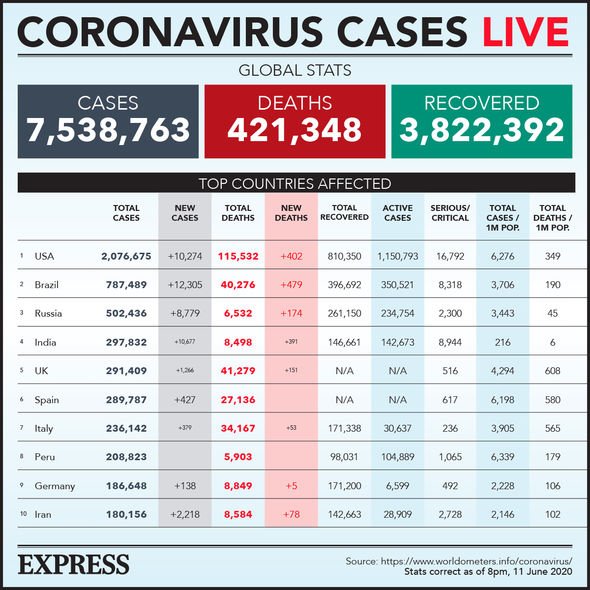 The Treasury secretary also revealed that only about $1.6 trillion of the $3 trillion federal pandemic relief fund is currently being used in the economy.

He expects that the rest will be pumped into the economy “over the next month”.

Mnuchin said: “We have the fed program, we have Main Street, which is going to be now up and running, and we’re prepared to go back to Congress for more money to support the American workers.

“We’re going to get everybody back to work.

“That’s my number one job working with the president.”

His comments come as over 44 million Americans have filed for unemployment benefits since the start of the pandemic.

The claims per week has been steadily declining over the past 10 weeks.

Mnuchin touted the success of the Paycheck Protection Programme (PPP) as a huge part of the success in keeping small businesses alive, and added that the Trump administration “could not be more pleased” with the programmes results.

He said: “Not only did we save millions and millions of jobs, but there is no question in my mind the increase in jobs was a direct result of the PPP and reopening the economy.” 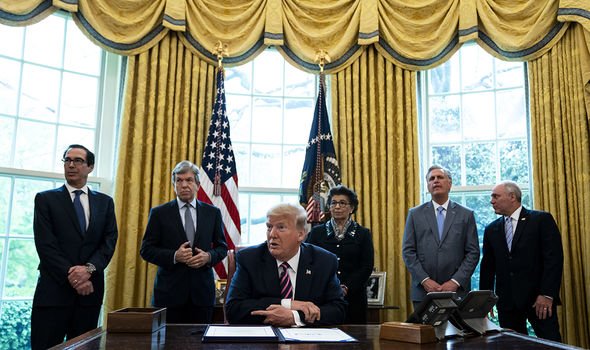 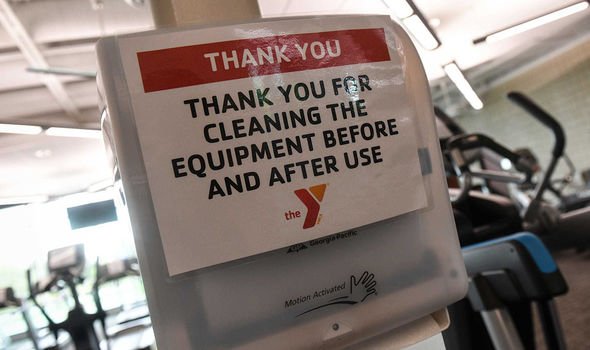 But in a strange move, Mnuchin has said that the Trump administration doesn’t plan to release details about companies that received billions of dollars through COVID-19 relief.

Mnuchin said on Wednesday during a Senate committee hearing that the Trump administration believes names of borrowers from the PPP and the amounts they receive are “proprietary,” and “confidential” in many cases.

But the applications for PPP loans, which are forgivable if borrowers meet certain criteria, say such data will “automatically” be released.

Moreover, the Small Business Administration, which oversees the lending program, told Bloomberg News in April that such loan-specific information would be made public “in the near future.”