The ongoing trade battle between the United States and China is worrying Wall Street analysts, who are concerned some sectors will be adversely impacted as a result. Retail, auto vehicles, auto parts, and semiconductors are at most risk according to analysts, as the trade-war could have “material (and potentially far-reaching) ramifications”. Some analysts are hopeful for a deal, whilst others are waiting for China to retaliate before recommending action and others are anticipating an “all-out trade war”.

Bank of America’s Savita Subramanian said: “The worst-case scenario: an all-out trade war, with tariffs on the remaining Chinese goods, retaliation from China, and an increased risk of auto tariffs that could push the global economy into recession.”

He said: “Donald Trump has always claimed to be an excellent negotiator, and is famous within the business world for his hard-hitting negotiation tactics.”

The US President has even released a book which details the “Trump recipe to success” when it comes to securing a difficult deal. 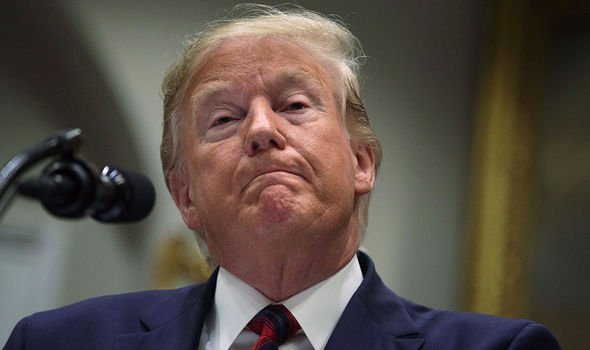 Mr Clothier says technique the president uses when negotiating is “a well-trodden technique known as the ‘mad man’ approach, also used by President Nixon in the 1960s and 1970s, aimed at emphasising an initial stance, to help pave the way for a lesser, but related, demand, and creating a ‘he could do anything’ atmosphere to talks”.

He said: “In theory, it can be a very clever and calculated technique, but it’s a risky approach – particularly when carried out on the global political stage.”

On Friday, Mr Trump posted a series of tweets after hiking the tariffs on $200bn of Chinese goods to 25 percent from 10 percent.

He said: “Talks with China continue in a very congenial manner – there is absolutely no need to rush – as Tariffs are NOW being paid to the United States by China of 25% on 250 Billion Dollars worth of goods & products. These massive payments go directly to the Treasury of the US.

“The process has begun to place additional Tariffs at 25% on the remaining 325 Billion Dollars.

“The US only sells China approximately 100 Billion Dollars of goods & products, a very big imbalance.

“With the over 100 Billion Dollars in Tariffs that we take in, we will buy agricultural products from our Great Farmers, in larger amounts than China ever did, and ship it to poor & starving countries in the form of humanitarian assistance. 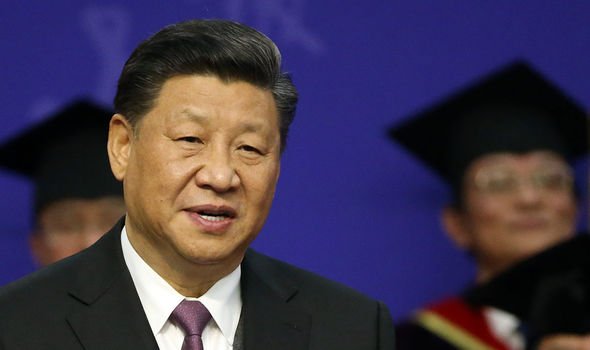 “In the meantime, we will continue to negotiate with China in the hopes that they do not again try to redo deal!

“Tariffs will bring in FAR MORE wealth to our Country than even a phenomenal deal of the traditional kind.

“Also, much easier & quicker to do. Our Farmers will do better, faster, and starving nations can now be helped. Waivers on some products will be granted, or go to new source!

“If we bought 15 Billion Dollars of Agriculture from our Farmers, far more than China buys now, we would have more than 85 Billion Dollars left over for new Infrastructure, Healthcare, or anything else. China would greatly slow down, and we would automatically speed up!”

However, to get anywhere in negotiations Mr Clothier says President Trump needs to keep aware of the Chinese culture as there are “many nuances and processes within Chinese culture that must be respected, especially when it comes to business and negotiations, and observing hierarchy and showing respect are paramount”. 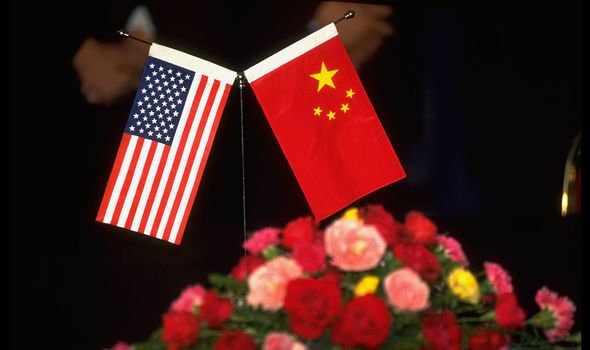 He said: “This is where Trump’s brash approach may well see him fall foul and unable to secure any sort of deal to benefit the US.

“It is important that, in the interest of successfully negotiating a trade deal with China, Mr Trump relies on his authoritative stance without falling back on his tried-and-tested approach of irritation and confrontation.”

Mr Clother continued: “It is well known that Chinese taboos include loudness, arrogance, egotism and a lack of consideration for others – a full-house for the President.

“Mr Trump would also be wise to tread carefully when it comes to stamping too much authority on the situation: The US may well be able to bully China by increasing trade tariffs for now, but with Chinese technology advancing at a fast pace the power balance may well be shifting.

“A skilled negotiator considers the long term twice as much as an average negotiator, and so avoiding a breakdown in communication and keeping an open dialogue will be the key to success.”