What a way to start the day… Hotel valet driver manages to park client’s $300,000 Porsche underneath another guest’s vehicle outside luxury Darling Harbour accommodation

Parking in the city is difficult on a good day but one man truly struggled this morning after he rammed a $300,000 Porsche under a Subaru.

The Porsche 911 Carrera Cabriolet had just been dropped of at Sydney’s Hyatt Regency Hotel when a valet tasked with safely parking the powerful German sports car drove it straight under a small four-wheel drive.

It is believed the valet thought the car was in a different gear and went forward instead of reversing, The Daily Telegraph reported. 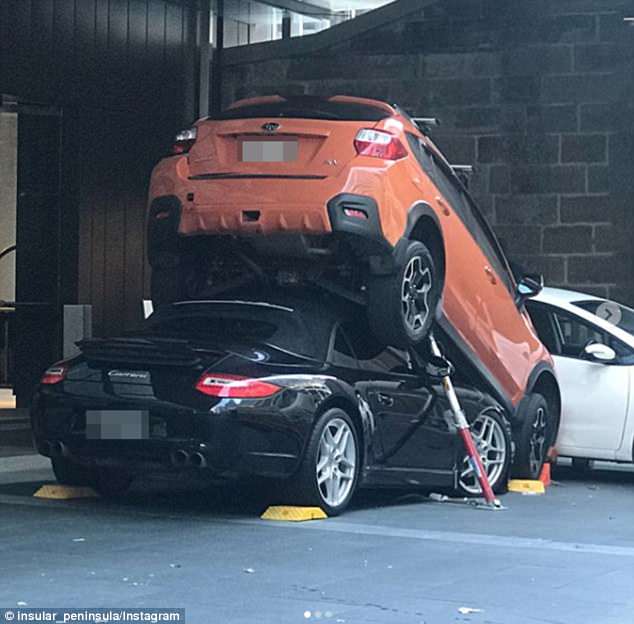 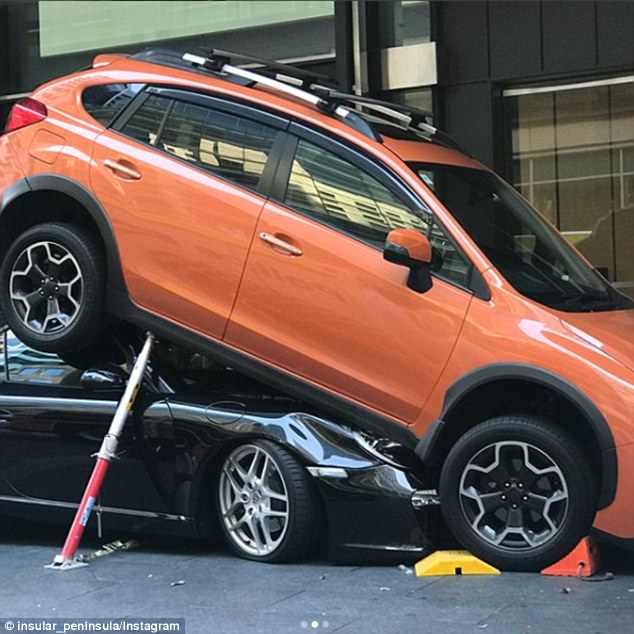 The Porsche went straight under the $33,000 orange Subaru XV SUV hatch, pushing it into a white Kia Cerato sedan.

Emergency services attended the scene and had to jack up the car and cut out the driver who was stuck under the mangled and very expensive wreckage.

The owner of the black Porsche convertible apparently remained calm and said: ‘I’m just going to take a walk.’ 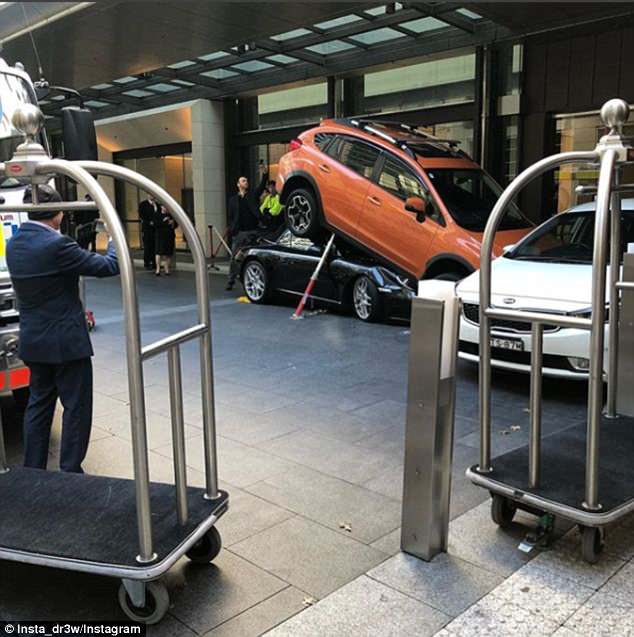 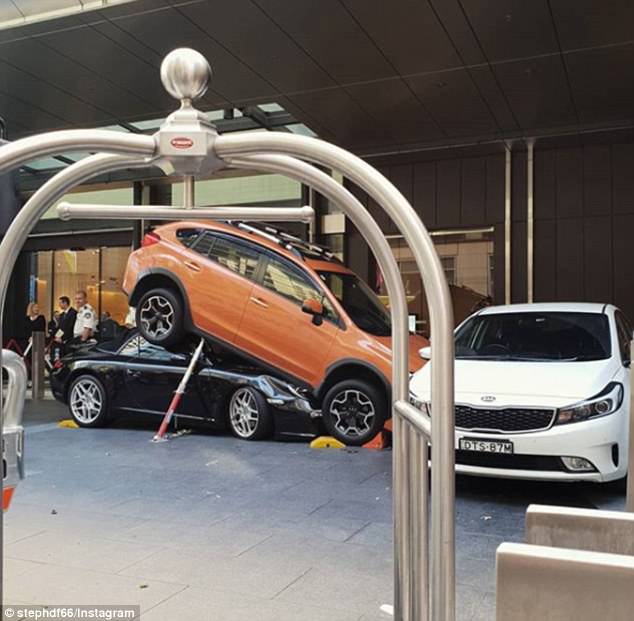 Matthew Talbot, the hotel’s director of sales and marketing, said the valet was unharmed in the crash.

‘We’ve got the fire brigade and the police on the scene as soon as we could and the vehicle was on the bottom on the other one.’

‘They had to cut part of the car away and pull the staff member out.’ 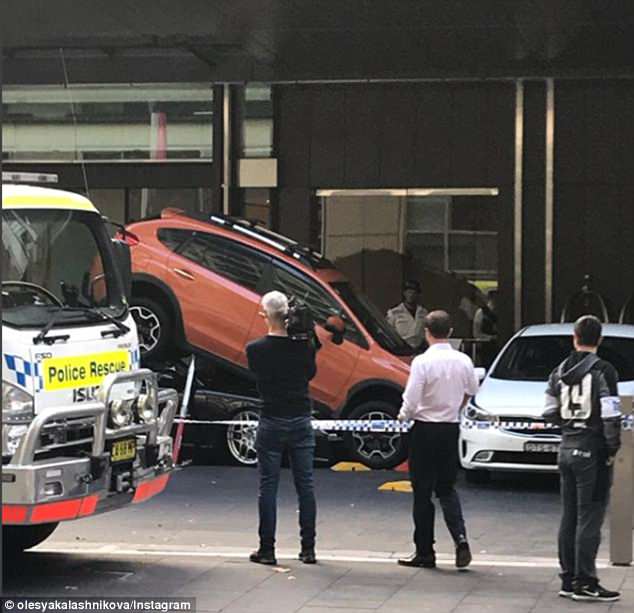 It’s understood the valet believed the $300,000 Porsche was in reverse, not a forward gear 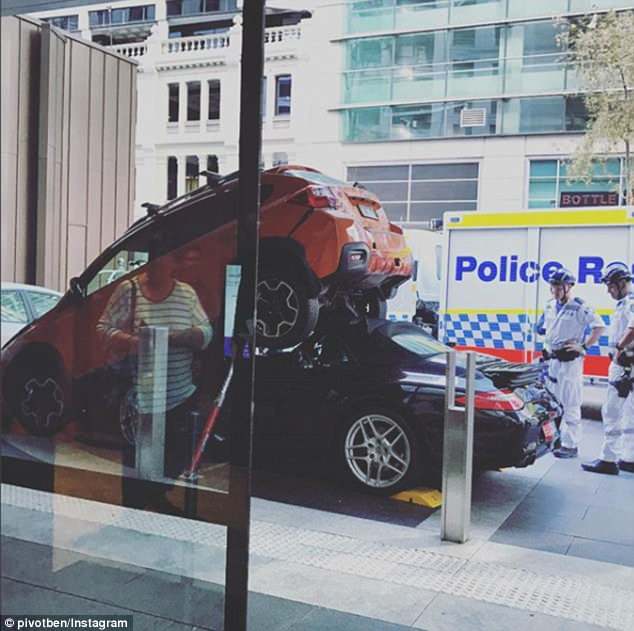 The two cars were photographer by amused guests inside the hotel