A VAN driver was left up a creek without a paddle after he attempted to drive across a swollen ford in North Yorkshire.

Dashcam footage revealed the moment the driver-turned-captain started to panic as the van was swept downstream. 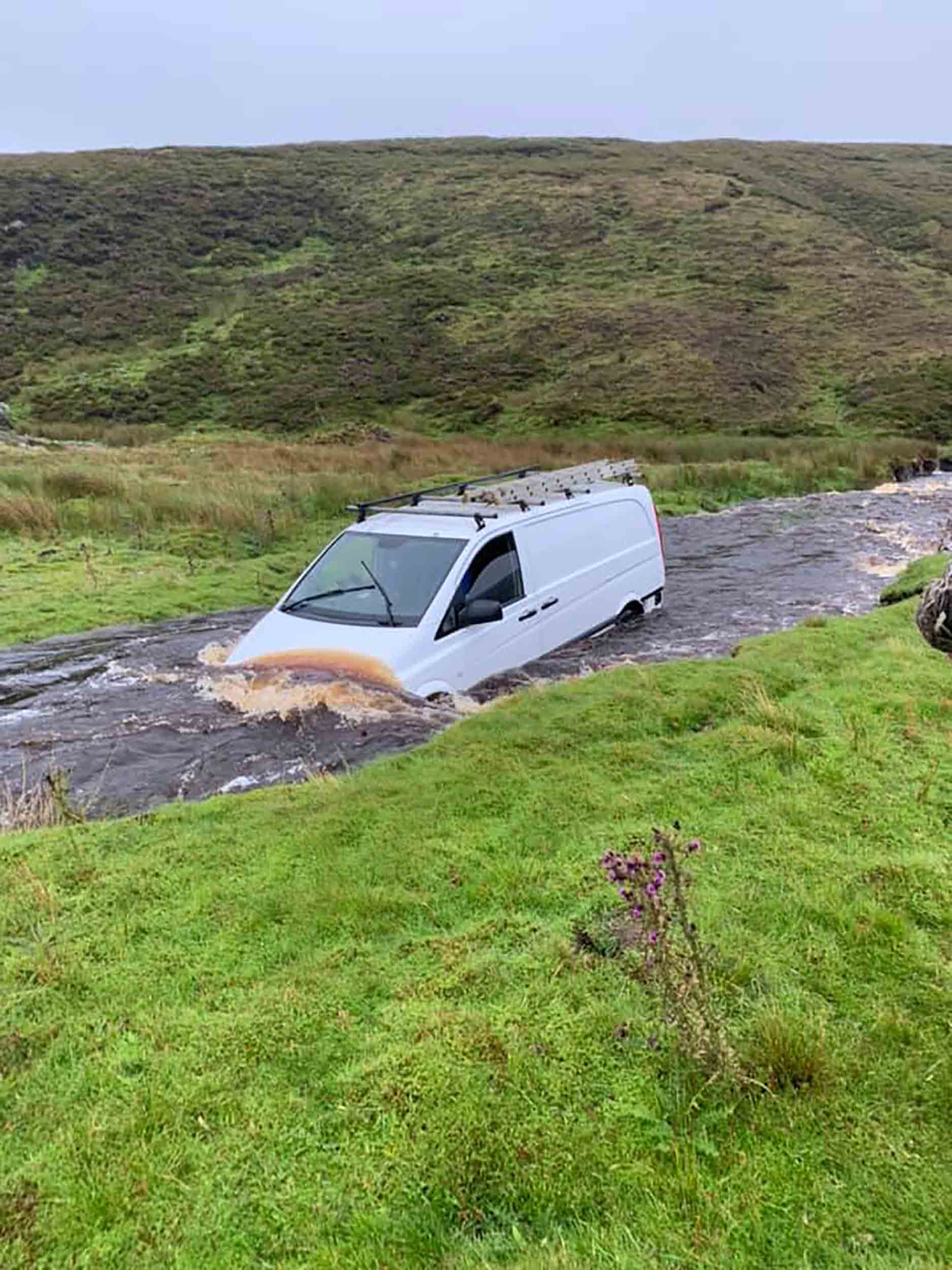 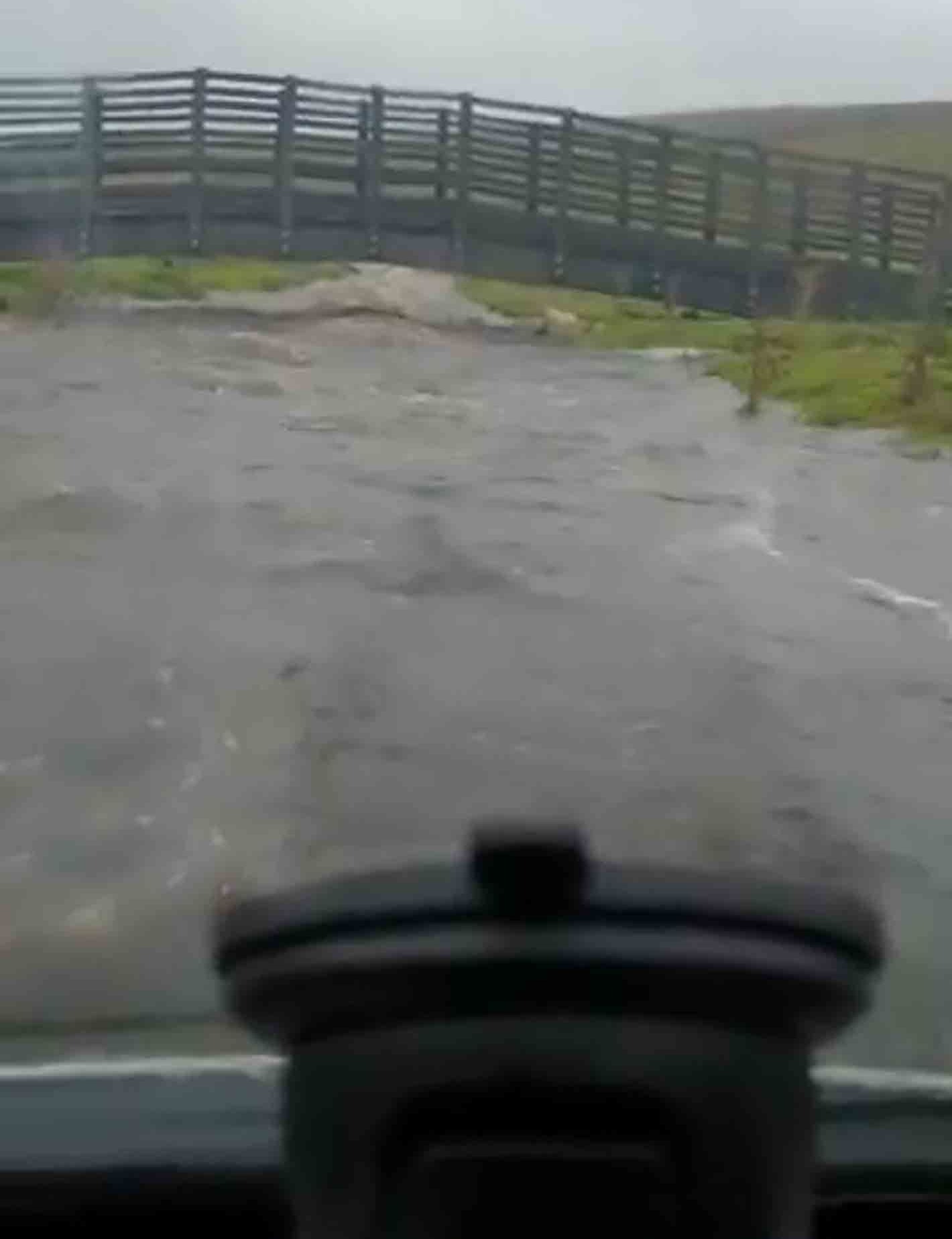 The clip opened on the stubborn driver facing the fast-flowing water before he plunged himself into the raging river in Grassington.

The ford – a shallow section of river that motorists can usually cross easily – had become too deep for the vehicle to pass, causing the engine to flood.

The van starts to float away, as the driver furiously attempts to restart the engine several times – despite being completely submerged in water.

The van is then turned to face back upstream and bridge that he was beside just minutes before can be seen yards from the bank where the van had tried to cross.

Unbelievably, the driver attempted to transform his , shouting: "F***! Turn that way, use the wheel as a f****** rudder!"

A photo was also shared showing the white van helplessly bobbing in the water.

Harry Driver-Smith, from Masham, shared the video and said he had been involved in the recovery of the vehicle.

The video was shared on social media, leaving viewers baffled by the driver's predicament.

Ben, from Spotted: VOSA, who shared the video, told The Sun: "I can't believe he attempted to cross the ford.

"For the first few seconds it appears that the driver is assessing the situation then he just decides to go for it!

"It's soon clear that he's made the wrong decision as he's swept off downstream.

"His commentary is pretty explicit as he attempts to use his front wheels as a rudder!"

Many commented on how he was just metres from a bridge which would have got him over the water.

One said: "I like the bit where he's floating down that torrent of a river looking at the bridge he decided not to use."

Another joked: "Does anyone know if he managed to get it into berth or did he just anchor her there?"

Someone added: 'The best part of this whole video is that there's a footbridge next to him the entire time."

North Yorkshire Fire and Rescue said they had not been called to any incident matching the description in the last two days. 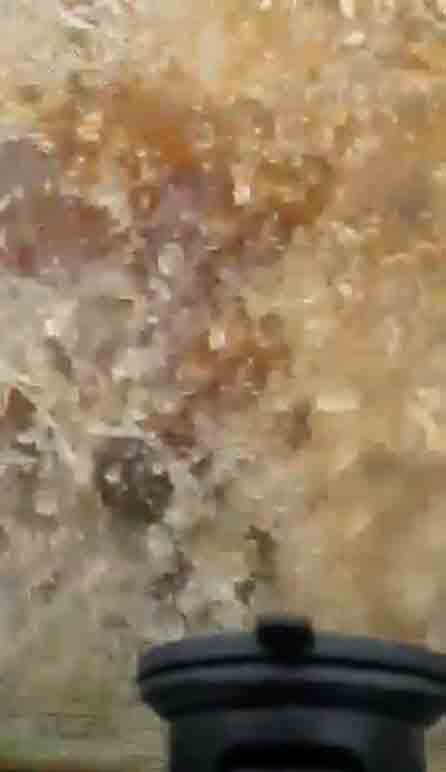 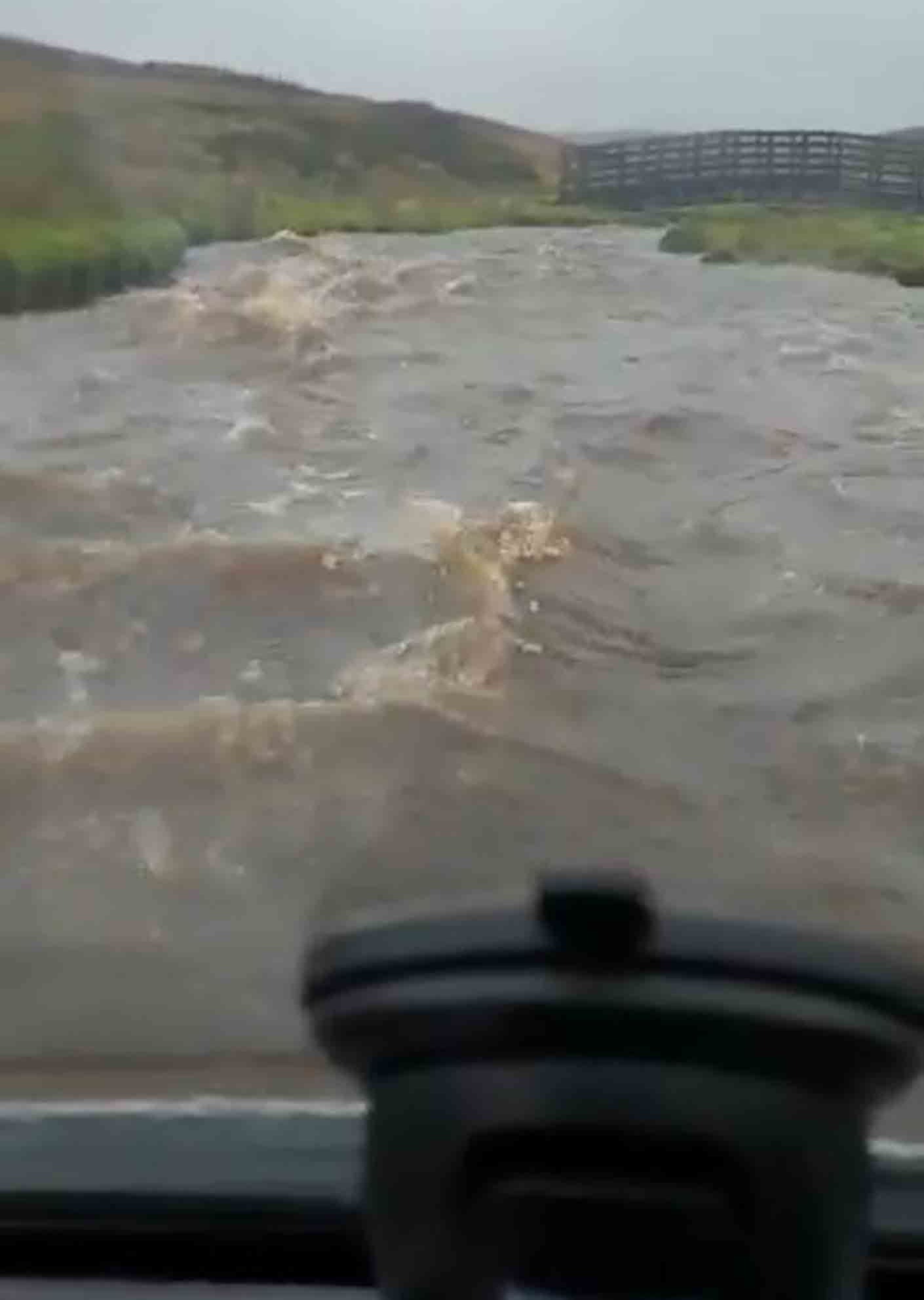