Caracas: Venezuela has reinforced its border with Colombia with more troops after three Venezuelan soldiers died in an attack by an armed group over the weekend, Defence Minister Vladimir Padrino said on Monday. 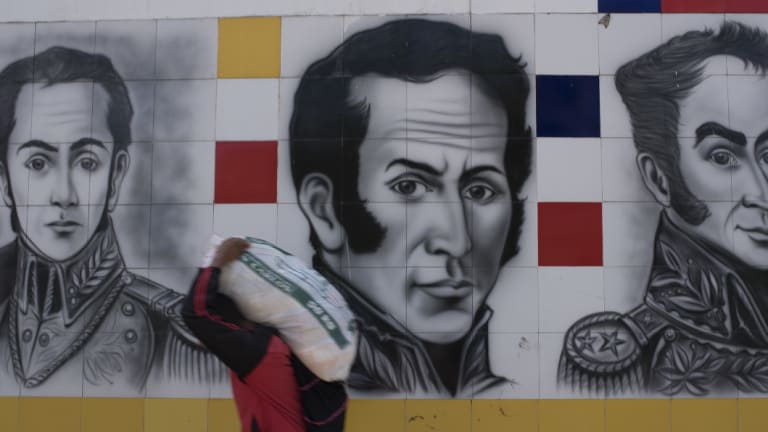 A pedestrian walks across the Simon Bolivar Bridge from Colombia into San Antonio Del Tachira, Venezuela.Credit:Bloomberg

Ten other soldiers were injured in the attack in Amazonas state, which Padrino said was retribution for Venezuela's capture of "nine Colombian paramilitary members," the latest sign of worsening relations between the South American neighbours.

"We will find the paramilitaries wherever they are," Padrino said in a statement on state television. "For now I say to them: leave Venezuela. There is no space here. There has never been any space here for you."

He did not specify how many more troops had been sent to the border. The injured soldiers were not in critical condition, Padrino said.

Incidents involving Venezuelan soldiers along the porous, 2200-km border are fairly common, and have contributed to diplomatic tensions between the two countries.

In September, Colombia sent a letter of protest to Caracas after Venezuelan soldiers crossed into its territory and detained three Colombian citizens.

Colombia has been a leading critic of Venezuela's socialist President Nicolas Maduro. The OPEC country has been suffering through an economic collapse since he took office in 2013 and Colombia is the main haven for Venezuelans fleeing severe food and medicine shortages.

In a statement on Monday, Venezuelan opposition party Popular Will attributed the attack to the National Liberation Army, a Colombian rebel group. The opposition has long accused Maduro of turning a blind eye to the presence of violent Colombian groups operating in Venezuelan territory.