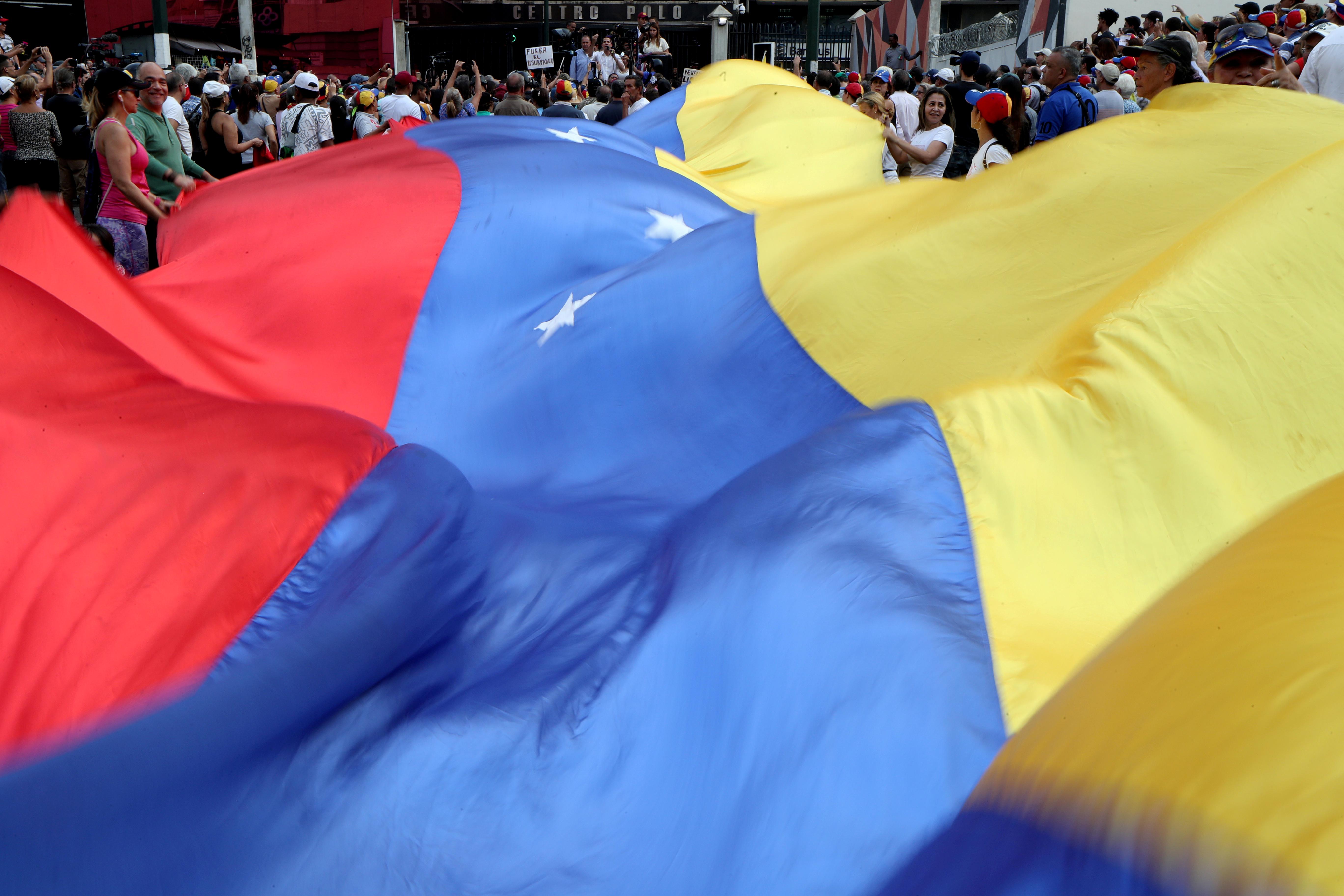 CARACAS (Reuters) – Venezuela’s foreign ministry said on Sunday it was expelling El Salvador’s diplomats from the country, in response to the Central American country’s decision to kick out their counterparts representing Venezuelan President Nicolas Maduro.

In a statement, the ministry said it would give the diplomats 48 hours to leave. El Salvador President Nayib Bukele’s government does not recognize Maduro as legitimate and said on Saturday it would receive a new diplomatic corps representing opposition leader Juan Guaido.

Guaido, who presides over the opposition-controlled National Assembly, in January invoked the South American country’s constitution to assume an interim presidency, arguing Maduro stole the 2018 election. He has been recognized by dozens of Western countries, including the United States.

The Salvadoran move came less than a week after the U.S. government extended temporary protections for Salvadorans living in the United States by an extra year.

“Salvadoran authorities are breathing oxygen into the failing U.S. strategy of intervention and economic blockade against the people of Venezuela,” Venezuela’s ministry said. “Bukele is officially assuming the sad role of a pawn of U.S. foreign policy.”

Maduro, a socialist, calls Guaido a U.S. puppet seeking to oust him in a coup, and blames U.S. sanctions for a hyperinflationary economic collapse that has led to a humanitarian crisis in the once-prosperous OPEC nation, prompting millions to emigrate.

While most of Venezuela’s neighbors recognize Guaido and have called on Maduro to step down, Maduro has remained in power thanks to the backing of the armed forces and allies including Russia, China and Cuba.

Guaido on Sunday thanked Bukele for his support.

“El Salvador has given a huge backing to the Venezuelan cause, isolating Maduro’s regime even more,” he wrote on Twitter.