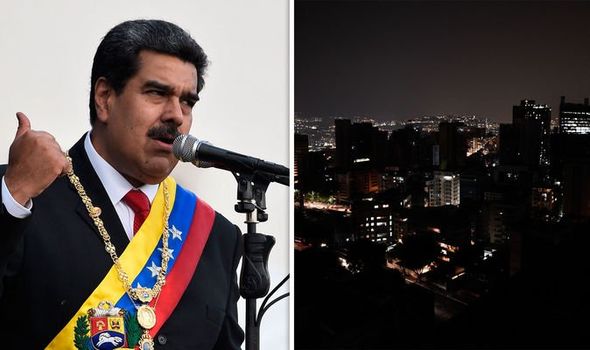 Two weeks after a similar energy outage saw the country’s capital Caracas shutdown, Venezuela was once again plunged into darkness. According to Yahoo News, Maduro said on Twitter “criminal hands” set a “large scale fire” on Monday. The blaze is reported to have struck the Guri hydroelectric plant in the south of the country.

The plant itself supplies around 80 percent of electricity to the country’s 30 million residents.

Alleging on Twitter, Maduro said “sly terrorist attacks” were attempts to stop the country getting back on track.

Venezuela’s communication minister Jorge Rodriguez added on Twitter: “The criminals generated a fire in the yard of 765 kVA of Guri, with the intention nasty of damaging definitively the generation and transmission of the load.”

Maduro and Juan Guaido are still claiming to be rightful leaders of Venezuela’s government. 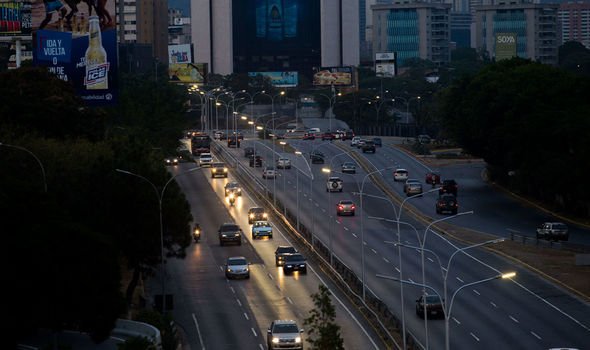 Mr Guaido is considered by many to be the country’s rightful leader by the majority of nations across the world.

As a result, many people’s lives have been upended, and streets have been left empty in the capital city of Caracas.

Maduro was quick to blame the power cuts on US interference, as Russian-backed military lands in the country to his own aid.

With power out, many people have been scrambling for food and water, and the country’s hospitals have been unable to attend to sick patients.

Outages meant Caracas’ main airport is largely inoperable, and a number of commuters have been left stranded as transport ground to a halt. 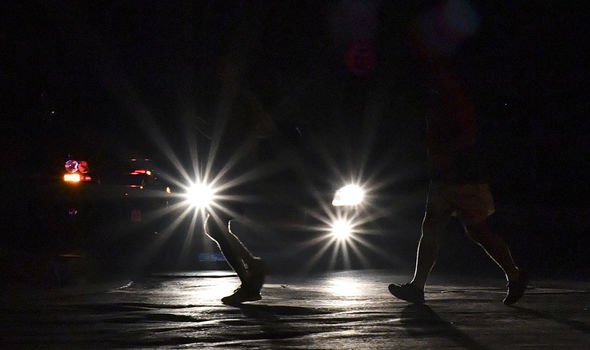 Outages meant Caracas’ main airport is largely inoperable, and a number of commuters have been left stranded as transport ground to a halt.

A previous power cut had been resolved by Monday, March 25, however, the power went out once again overnight and authorities are struggling.

According to witnesses, the western cities of Maracaibo and Barquisimeto were both heavily affected, including central city Valencia.

The government was forced to cancel the workday due to the lack of power, but many people went to their jobs unaware of the announcement.