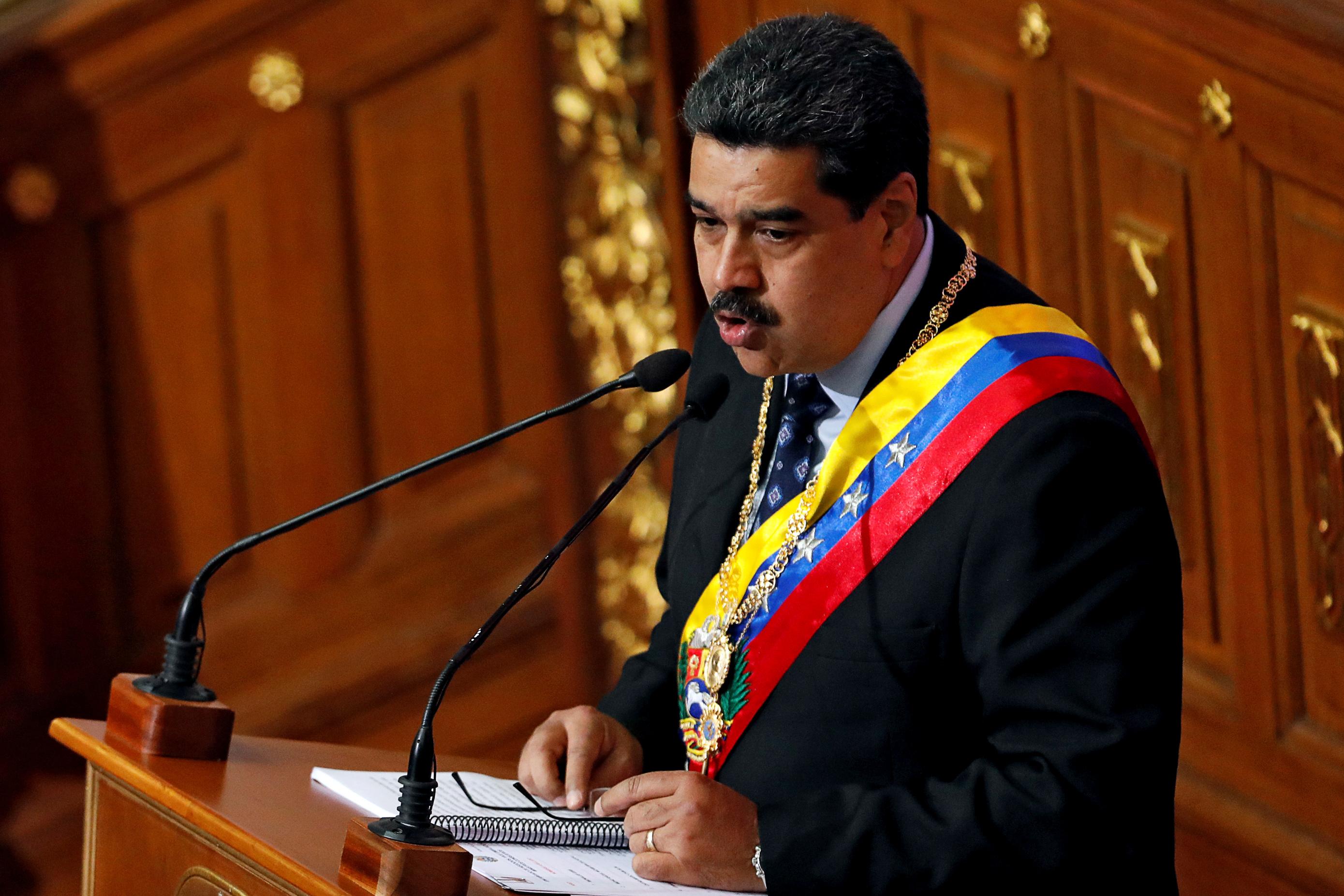 CARACAS (Reuters) – Venezuelan President Nicolas Maduro said on Tuesday he had ordered a “revision” of diplomatic relations with the United States and would announce new measures in the next few hours.

Maduro was responding to comments made earlier on Tuesday by U.S. Vice President Mike Pence, who gave his support to Venezuela’s opposition and called Maduro a “dictator with no legitimate claim to power.”