The historic city has been devastated by heavy rainfall which has caused the second highest tide ever recorded sweep across the region on Tuesday night. Following the widespread deluge, up to 80 percent of the famous city is now under water, with further downpours scheduled in the next 48 hours. The Italian Prime Minister will spend the night in Venice to see firsthand the destruction caused.

Mr Conte said: “I am traveling to Venice where there is a dramatic situation.

“Bad weather that worries us and makes communities suffer.”

Luigi Brugnaro, Mayor of Venice, declared a state of national emergency and added the damage caused is expected to cost “millions of euros”.

Mr Brugnaro said: “The estimates of the damages are very large.

“Let’s talk about hundreds of millions of euros.” 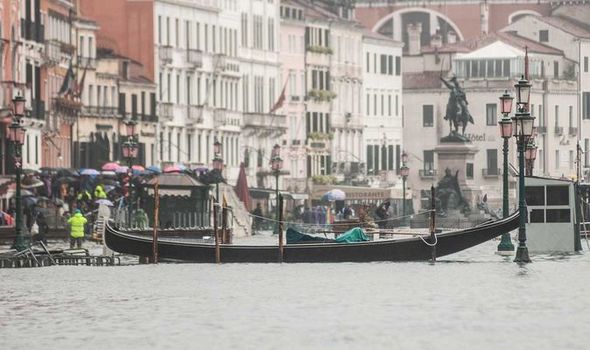 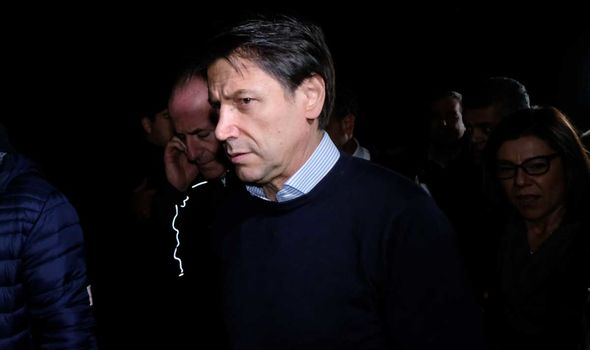 The 58-year-old also warned the flooding has put the future of the city at risk.

He added: “Here it is not a question of quantifying the damage only, but of the very future of the city.

“Because the depopulation of Venice also comes from this.” 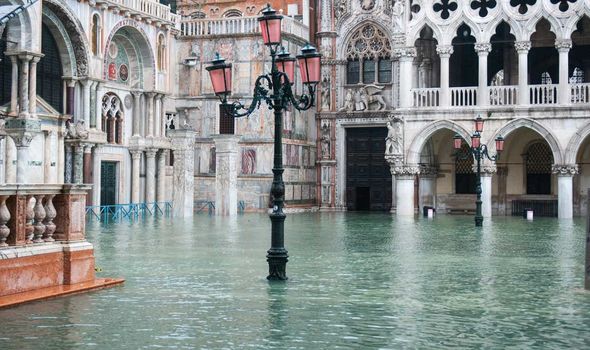 Hundreds of historical sites can be seen submerged under water – some of which were first constructed in the 9th century.

St Mark’s square known as “la Piazza” has also been left swamped by more than one metre of water.

At around midnight on Tuesday evening, the lagoon tide peaked at 187 cm (6ft 2ins) – the highest level for over 50 years. 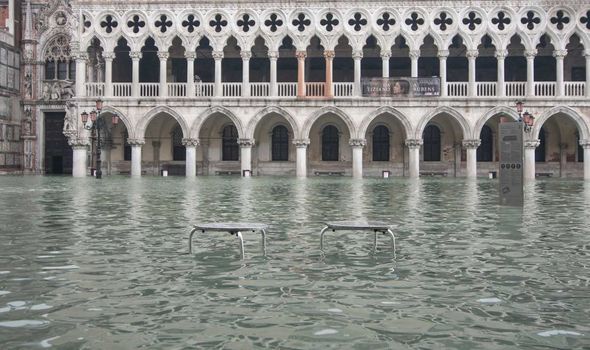 The devastating tide fell just seven centimetres short of the record of 194cm set in 1966.

Meanwhile forecasters has revealed more bad weather is on course to strike the region as a area of low-pressure moves across mainland Europe. 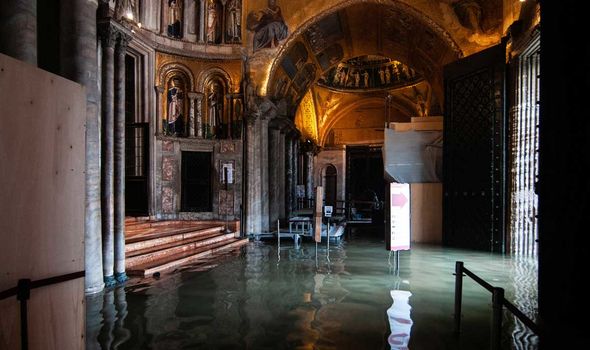 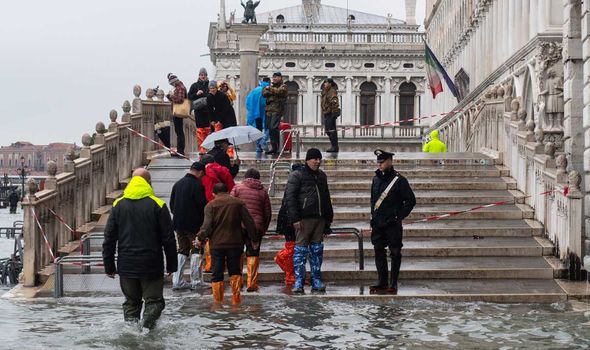 “Its the same sort of set up that helped to produce those tricky flooding situations in Venice just in the past day or two.

“Further to the east there is still a lot of warmth to be had across the southeastern quarters of Europe, make the most of it whilst it lasts.”

The city of Venice has a population of just over 600,000 and is made up of more than 100 islands inside a lagoon off the north-east coast of Italy.

Venice is the 11th largest city in Italy as it approximately 160 square miles. 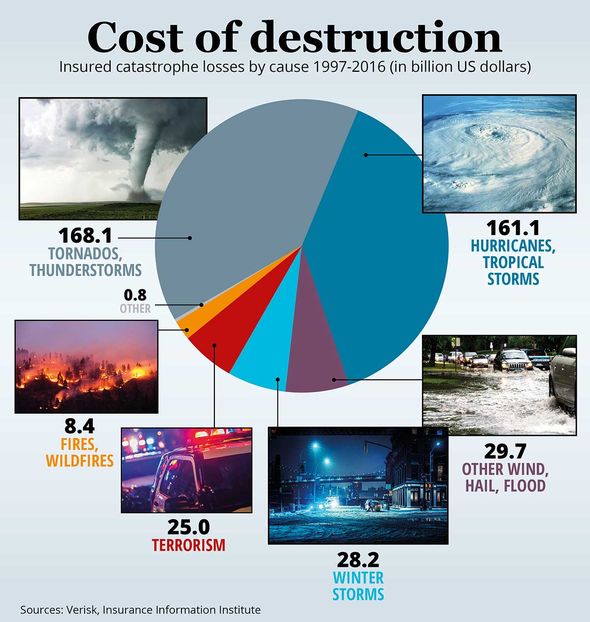 It is estimated more than 20 million people visited Venice in 2018.

The popular tourist spot of St Mark’s Square is prone to flooding as it is located at the end of the Grand Canal which stretches a huge 2.4 miles.

A flood barrier was designed in 1984 to protect Venice from high tides, but the multi-billion euro project, known as Mose, has been plagued by infrastructure problems.