The suit filed on Tuesday in state court in California accuses the utility of failing to maintain its infrastructure and properly inspect and manage its power transmission lines. 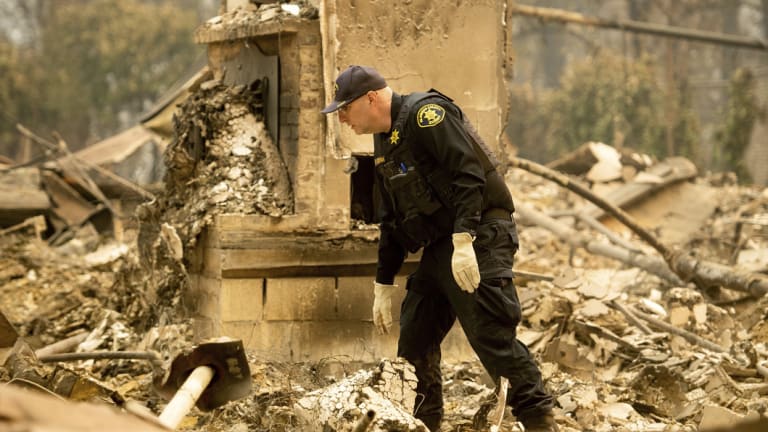 Alameda County Sheriff’s deputy A. Gogna searches for victims of the Camp Fire.Credit:AP

The utility's president said earlier the company doesn't know what caused the fire, but is cooperating with the investigation by state agencies.

PG&E told state regulators last week that it experienced a problem with a transmission line in the area of the fire just before the blaze erupted.

A landowner near where the blaze began said PG&E notified her the day before the wildfire that crews needed to come onto her property because some wires were sparking.

A massive class action after Australia's last mega-fire, Victoria's Black Saturday in 2009, saw $688.5 million paid in compensation to thousands of claimants affected by the Kilmore-Kinglake and Murrindindi-Marysville fires, partly by electricity company SP Ausnet, and partly by government agencies.