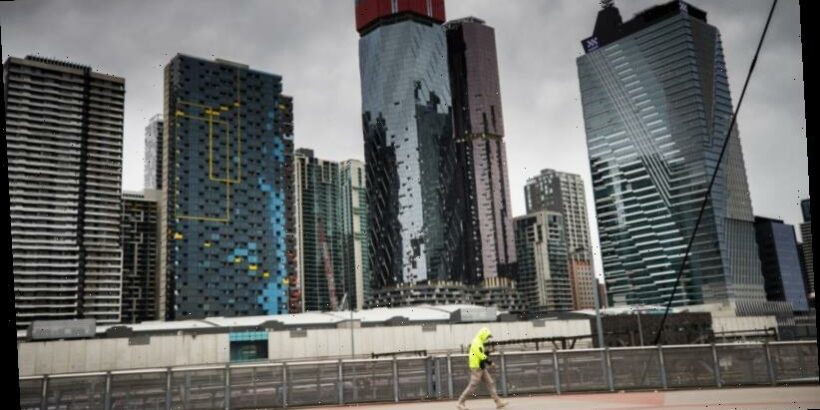 Hundreds of thousands of Victorian office workers face further delays in returning to their desks, nine months after the state's COVID-19 work-from-home regime was imposed.

The state government confirmed on Wednesday that the long-awaited return to the office for many workers, which had been due to begin on Monday, would be delayed by at least a week by worries about the Black Rock COVID-19 cluster and Victoria's first "mystery case" of the virus since October. 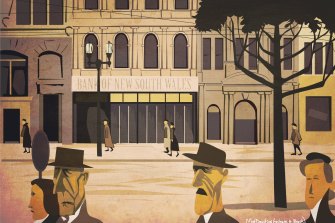 The staggered return of office workers to the city has been delayedCredit:Matt Davidson (After John Brack)

The state's main business lobby group, City of Melbourne and the public sector union all accepted the delay as a reasonable precaution but the state opposition said it "made no sense".

Up to 50 per cent of private sector staff and 25 per cent of public sector employees were to have been allowed to return to their workplaces on Monday, but that has now been delayed until January 18, acting Premier Jacinta Allan said on Wednesday.

"The public health advice has been to pause the changes for one further week," Ms Allan said.

"They will provide further advice and information next week."

Victoria's public service – the city's largest employer – was due to bring back as much as a quarter of its staff from next Monday as part of a phased return, with 50 per cent to be back at their desks from February 8.

The Community and Public Sector Union, which has been closely involved in developing the return to work schedule, welcomed the pause.

"As the situation has changed within NSW, which is now affecting Victorians, we welcome a further review of those risks by the state as our employer," a union spokesperson said.

"COVID has taught us all about its unpredictability and the need for our response therefore to be agile."

With many of the half-a-million CBD-based workers still doing their jobs remotely, the City of Melbourne has been eager for office workers to return to the city and lord mayor Sally Capp said on Wednesday that she hoped to see Victoria's latest COVID scares brought under control quickly.

"We want to see workers safely return to work as soon as possible because it will provide a major boost to city businesses," Cr Capp said.

"We're hoping that the most recent COVID outbreak remains under control and the delay to the return-to-work schedule will be kept to an absolute minimum."

Victorian Chamber of Commerce and Industry chief executive Paul Guerra said he hoped that the delay of the 50 per cent return would only be seven days.

"Although the week delay is understandably disappointing for both employers and employees, we expect the cautious approach to ensure a more defined and permanent return to office work without any further disruptions or restrictions like wearing masks in the office," he said.

"Given workplaces are still able to responsibly manage bringing 25 per cent of employees back into the office, we hope to see more businesses achieve that, and then be in a position to confidently bring back 50 per cent of staff the following week."

But the state opposition said the pause was a blow to small businesses who relied on customers working in government offices.

"This is just going to be a greater problem for our small businesses in the CBD," Opposition Leader Michael O’Brien said.

“Every single day this government delays getting the public service back to work in their offices, is a day where small businesses in the city are suffering.

"If it's safe for the private sector to get back to work in the CBD, then why isn't safe for the Victorian public service?"