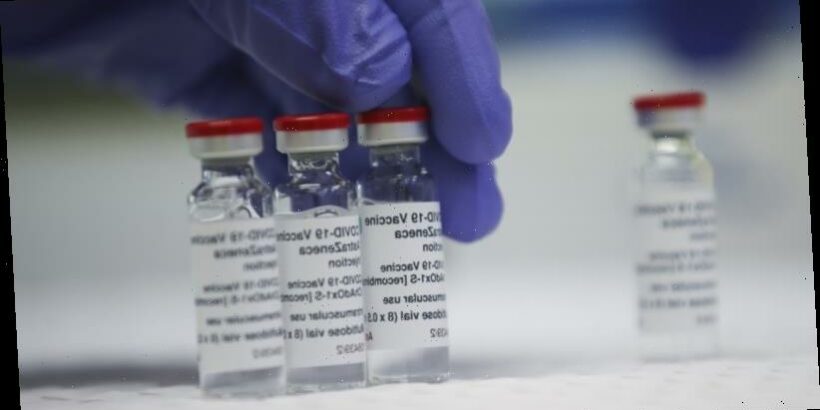 Victorian hospitals are scouring patient records for cases linked to an extremely rare clotting disorder that has been associated with the AstraZeneca COVID-19 vaccine.

Jim Buttery, head of epidemiology and signal detection at Victoria’s immunisation safety service, said the state’s hospitals were retrospectively searching clinical records for any indication more patients may have developed the blood-clotting disorder after receiving the vaccine. 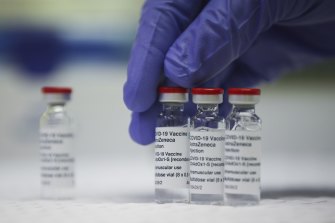 The AstraZeneca vaccine, seen here in bottles at the TGA laboratory in Canberra.Credit:Alex Ellinghausen

Australia reported its first probable case last Friday when a Victorian man was admitted to hospital 12 days after receiving the AstraZeneca coronavirus vaccine.

The 44-year-old man presented with abdominal pain, serious thrombosis and a low platelet count, fitting the description of the blood-clotting condition. He remains at Melbourne’s Box Hill Hospital where he is receiving treatment.

Professor Buttery stressed it was extremely unlikely there were many more undetected cases of the clotting disorder in Australia.

“Because it’s so unusual and quite severe, if there were a lot of them, then we would have heard about it from our colleagues,” Professor Buttery said.

The Australian case comes as international medical regulators inch closer to declaring that the vaccine might cause a rare disorder dubbed vaccine-induced prothrombotic immune thrombocytopenia.

Dozens of rare blood clots have been reported amid the tens of millions of AstraZeneca shots that have been administered globally. Data from the European Medicines Agency suggested the risk of blood clots following the vaccine was potentially as high as one in 100,000. Most of the documented cases globally were in people under the age of 55.

A top official at the EMA said on Tuesday there was a casual link between AstraZeneca’s vaccine and the rare blood clotting syndrome, though the nature of the connection was unclear.

“It is becoming more and more difficult to affirm that there isn’t a cause-and-effect relationship between AstraZeneca vaccines and the very rare cases of blood clots associated with a low level of platelets,” Marco Cavaleri, head of health threats and vaccine strategy at the EMA told Rome’s II Messaggero newspaper.

But he said the benefits of taking that vaccine still outweighed the risks. A spokesperson for the EMA said its evaluation had not yet reached a conclusion and the review was ongoing. The EMA’s review is expected to be finalised by Friday.

Britain is reportedly considering restricting the vaccine in younger people. France, Germany, Sweden and Canada are among several countries that have already done so.

Denmark and Norway have completely paused their AstraZeneca rollouts and health authorities across several European countries reported reluctance among citizens to get the shot.

The University of Oxford also paused its clinical trial of the vaccine in children and teenagers while it awaits more data on the blood clotting issue. 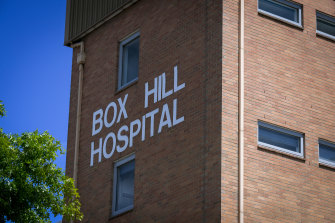 A Victorian man has been hospitalised with blood clots after receiving the AstraZeneca vaccine in March.Credit:Eddie Jim

Following the emergence of the Melbourne case, electronic emergency triage records are being analysed across Victoria with experts searching for keywords related to the COVID-19 vaccine and blood clots.

Professor Buttery said in some cases patient admission data may be examined, too.

“Emergency department records are good in that they are very up to date,” he said.

“But as with all these things, it’s more complex … Usually, we only get one diagnosis from the emergency department, whereas if we have access to the admissions data we get all the diagnoses the patients had, which is going to be much more accurate and helpful in terms of identifying a rare condition like this.”

NSW Health has also confirmed it is searching through its hospital records, but said to date there have been no reported cases of the disorder in people who have received the AstraZeneca vaccine.

ATAGI has urged anyone receiving the AstraZeneca shot to be on alert for severe, persistent headaches that do not settle with paracetamol or other painkillers.

Reports of overseas cases indicate symptom onset was between four and 20 days after vaccination and have generally been severe, with patients requiring hospitalisation.

The threshold for reporting an adverse event is low. Doctors don’t need to suspect the vaccine caused the symptoms to report it and an expert panel reviews all serious adverse events.

The TGA is ultimately responsible for detecting and responding to any vaccine safety concerns and maintains an adverse events database.

In a statement, a spokesperson for AstraZeneca said patient safety remained their highest priority and the company was working with the TGA and ATAGI as they conducted their assessment of the blood clot case.

The Victorian Health Department has been contacted for comment.