The black-and-white photographs of Victorian child offenders, which originate from Wandsworth Prison, London, were taken from December 1872 to January 1873 when the concept of photography was still relatively new. 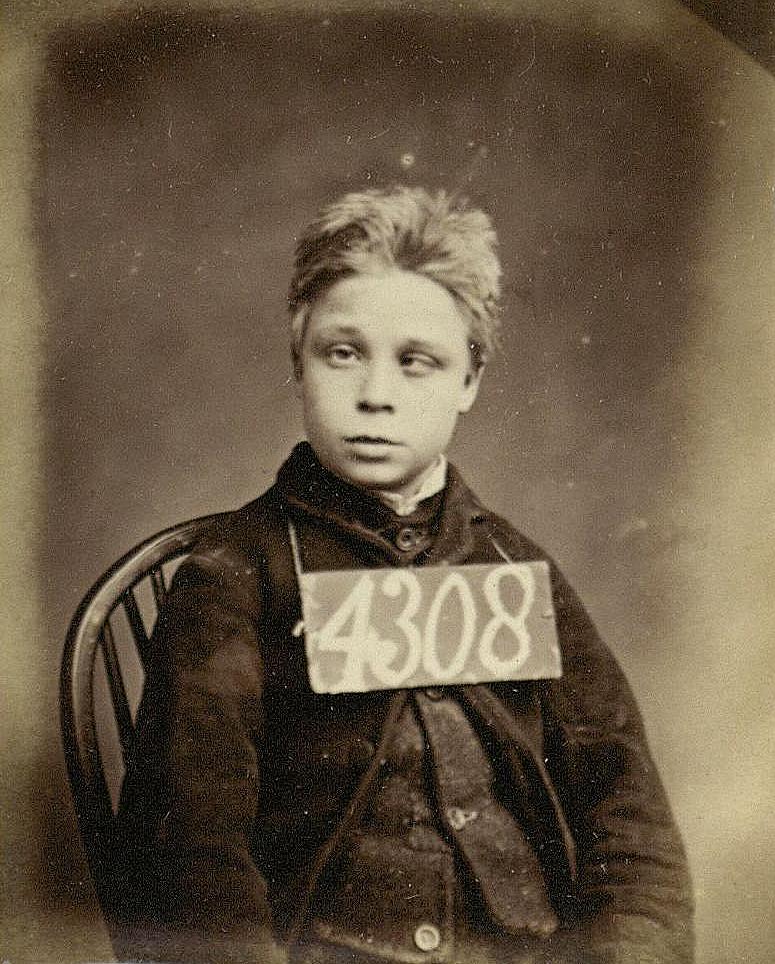 Most of these child criminals were arrested or brutally punished for stealing small items that would barely warrant a police caution today.

Also pictured is baby-faced James Leadbetter, 11, who was WHIPPED and given four days hard labour for stealing celery.

Other poignant shots show fourteen-year-old Thomas Goodstone who was given fourteen days hard labour for stealing 7lbs of pork over the Christmas period. 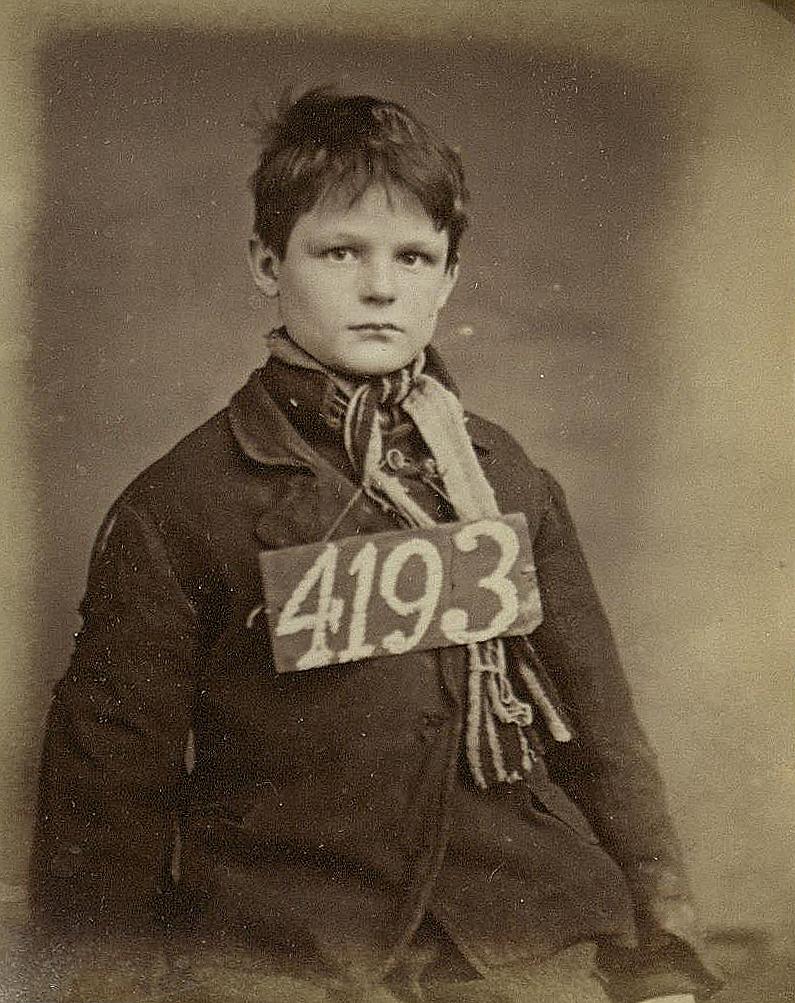 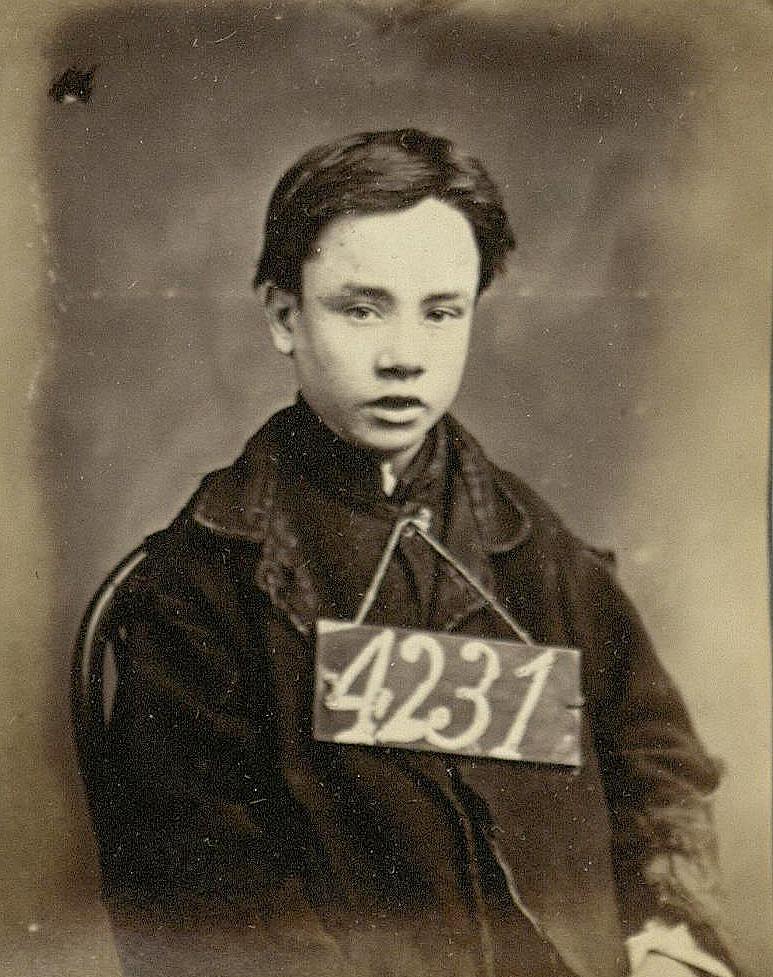 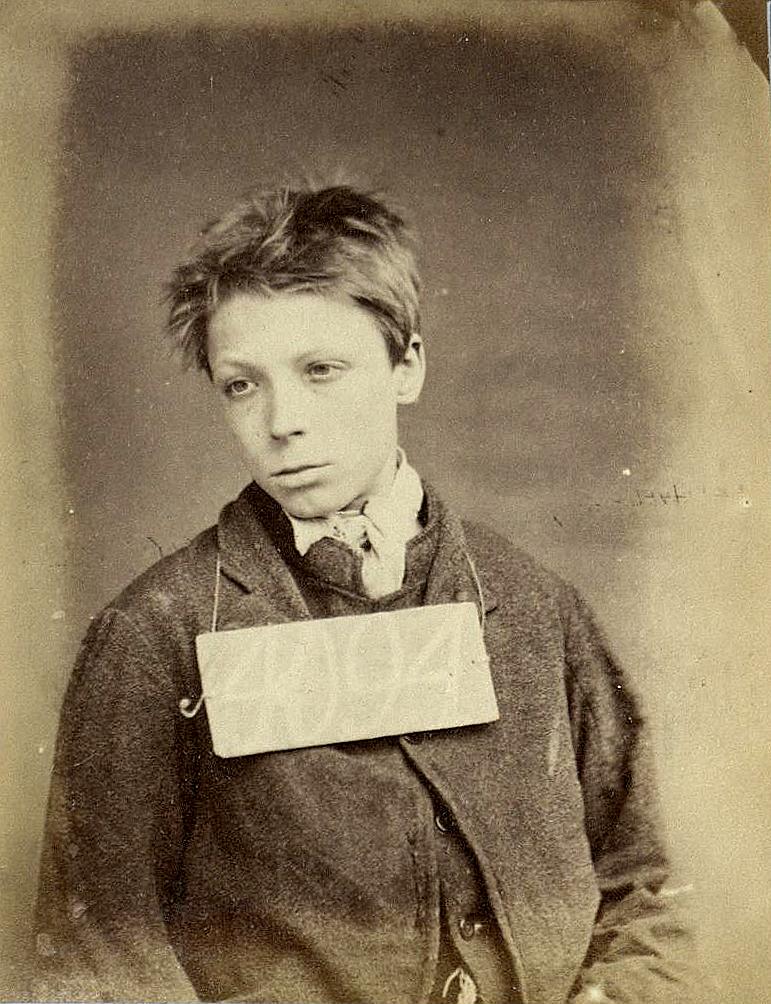 Meanwhile Thomas Savage, 11, was given 4 days hard labour and ten strokes of a birch cane for stealing some iron. In the UK, birching was a judicial penalty until 1948.

There are even records of a child aged twelve being hanged for petty theft and murder in 1829. 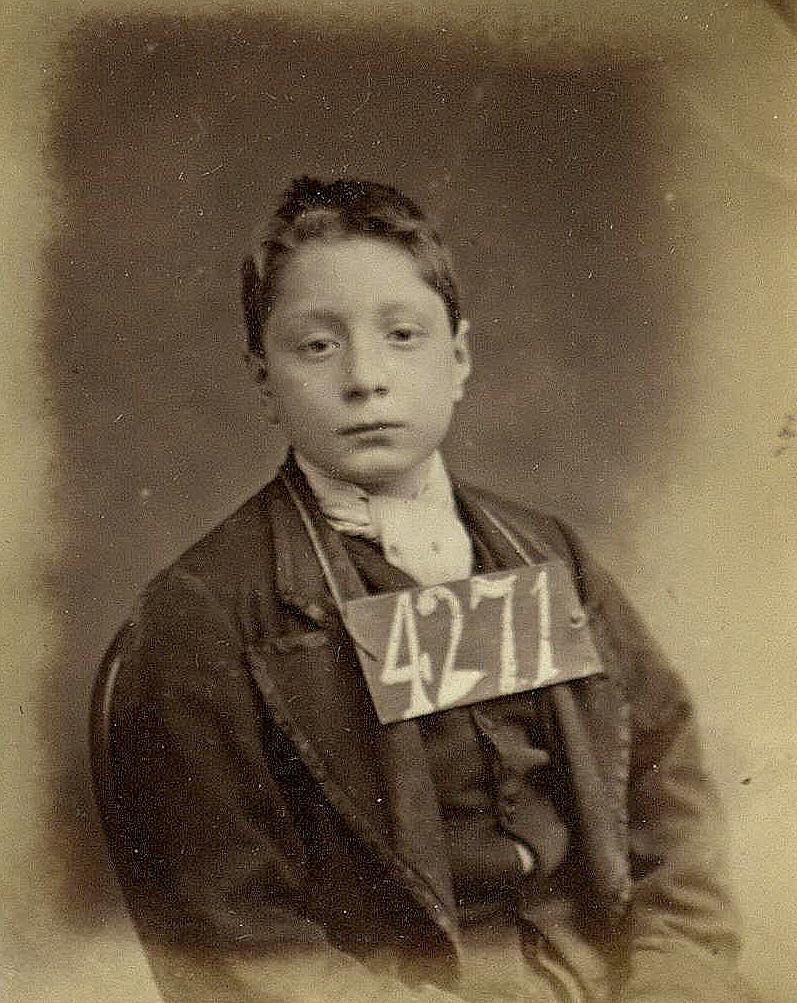 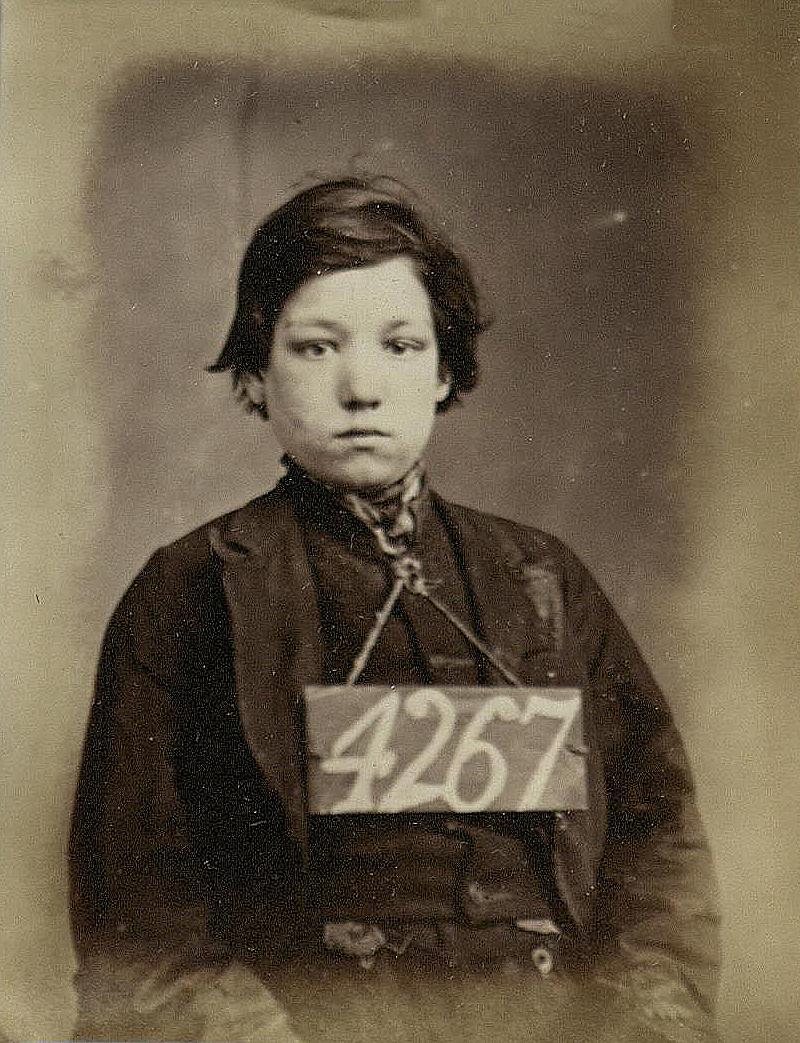 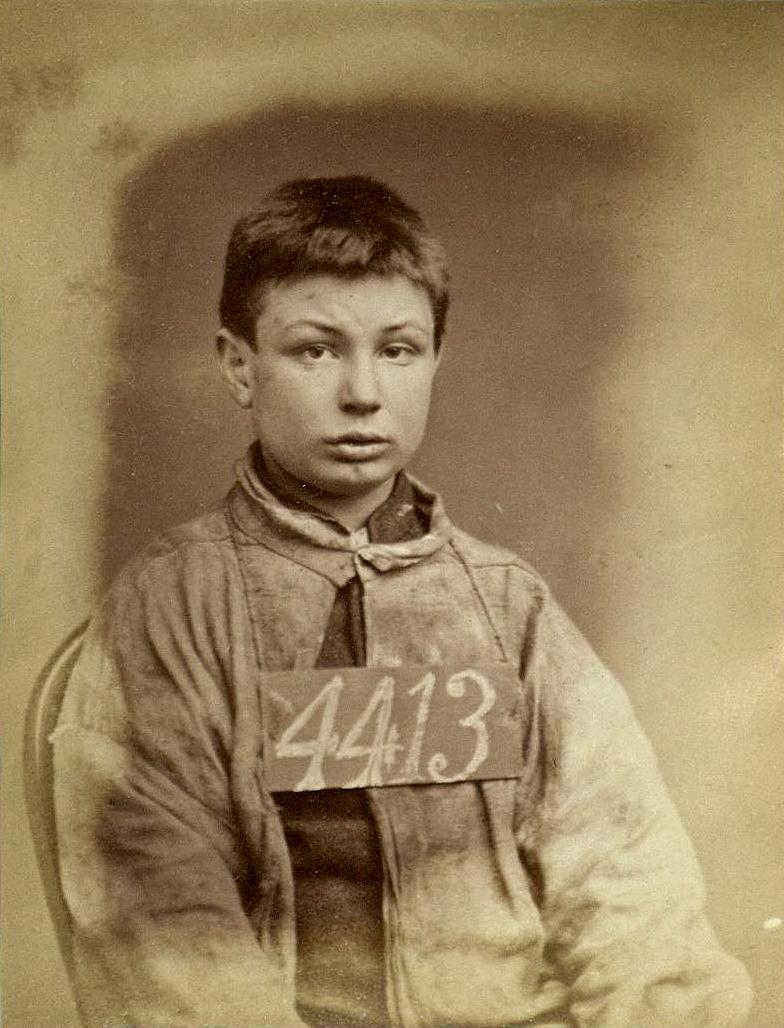 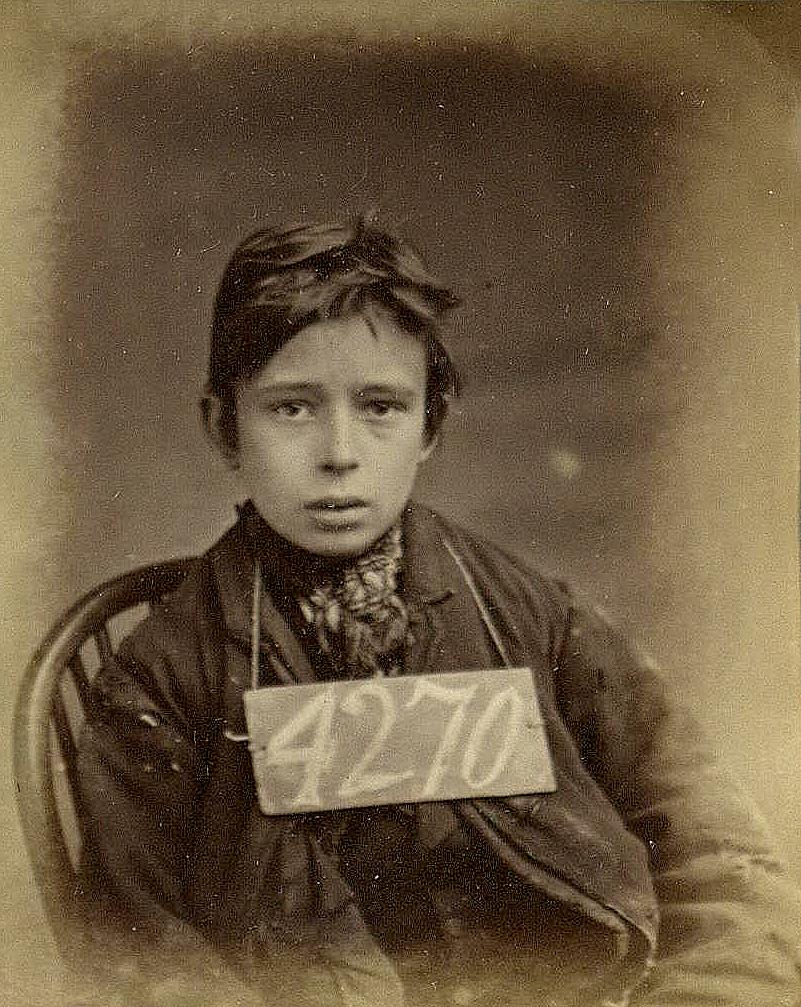 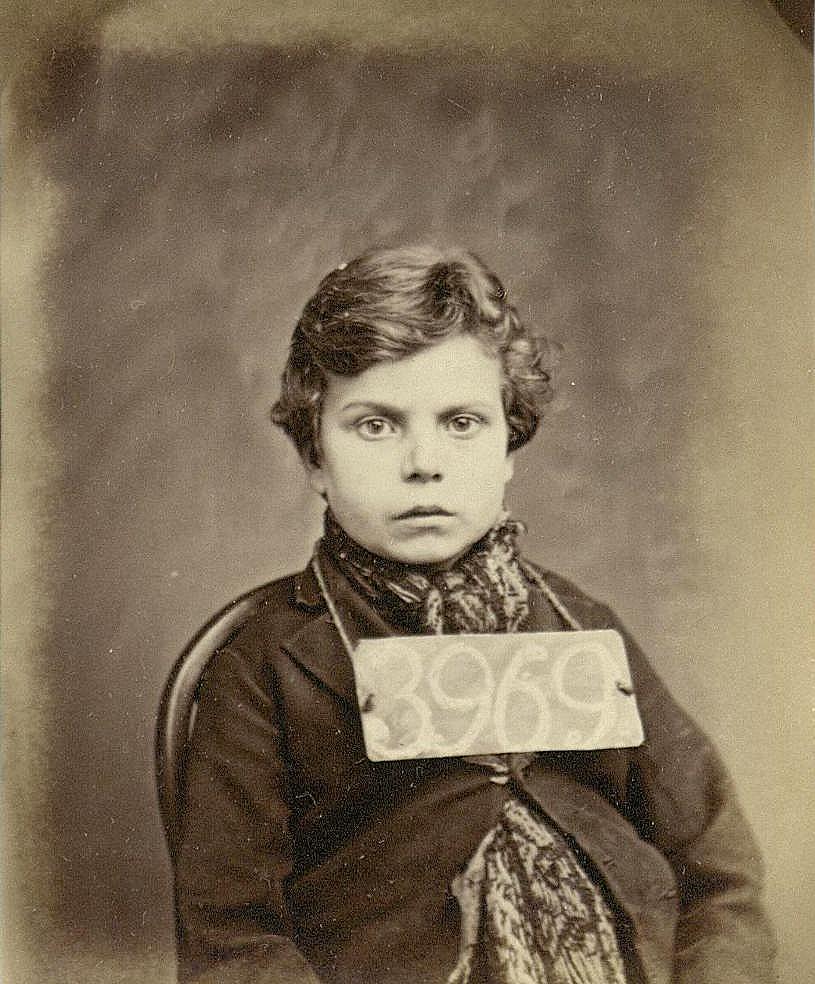 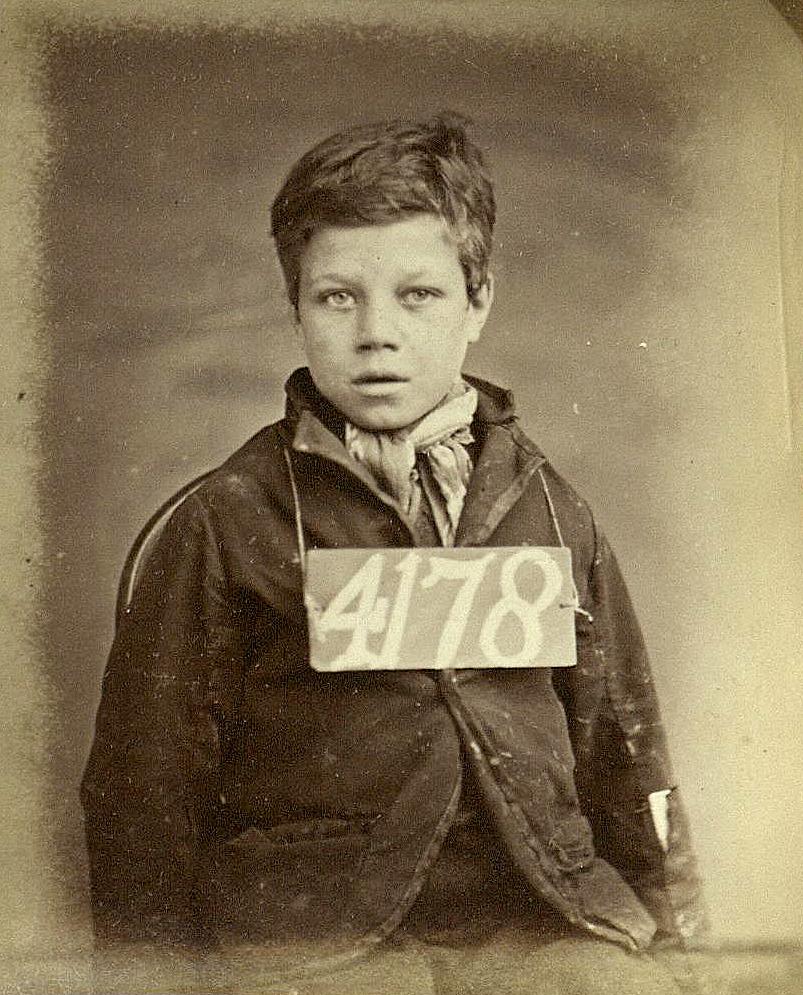 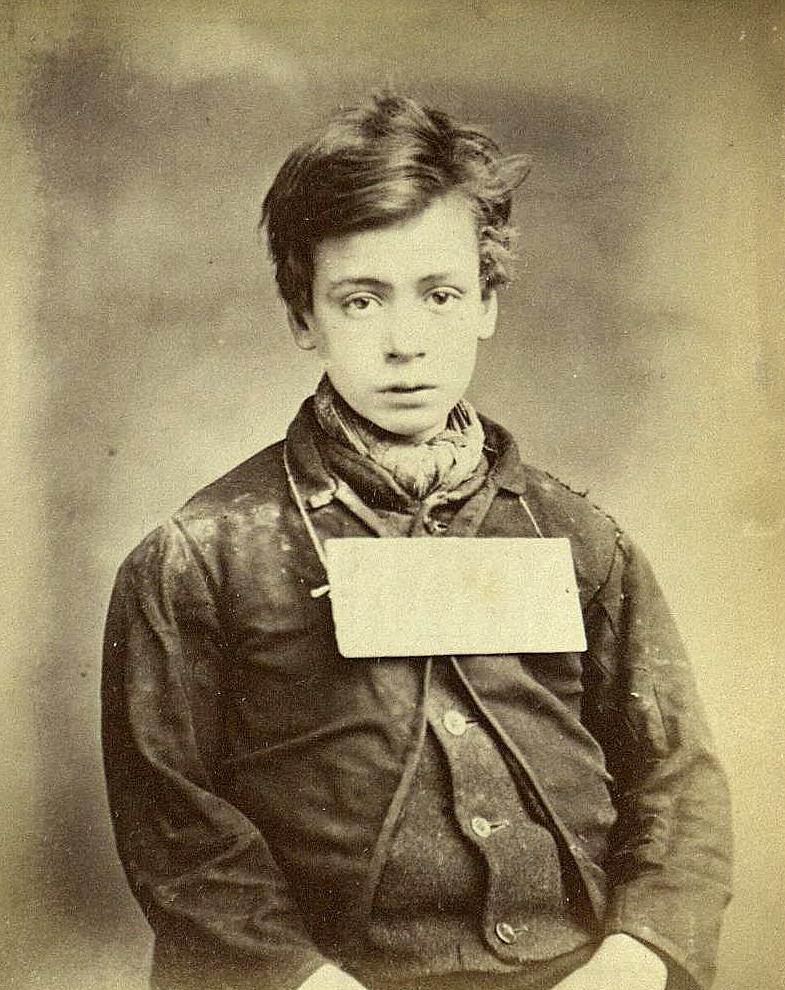 The Victorians were very worried about crime and following the development of the camera, police realised they could use the new technology to capture images of repeat offenders.

Just as Anti-Social Behaviour Orders (Asbos) work today, officers released the photos to warn the public when the criminal was to be released from prison.

It was not until the 1908 Children’s Act that changes were made to the way child offenders were punished.

Juvenile courts were introduced and children could no longer be placed in adult prisons or executed for capital crimes – however minors could still be whipped. 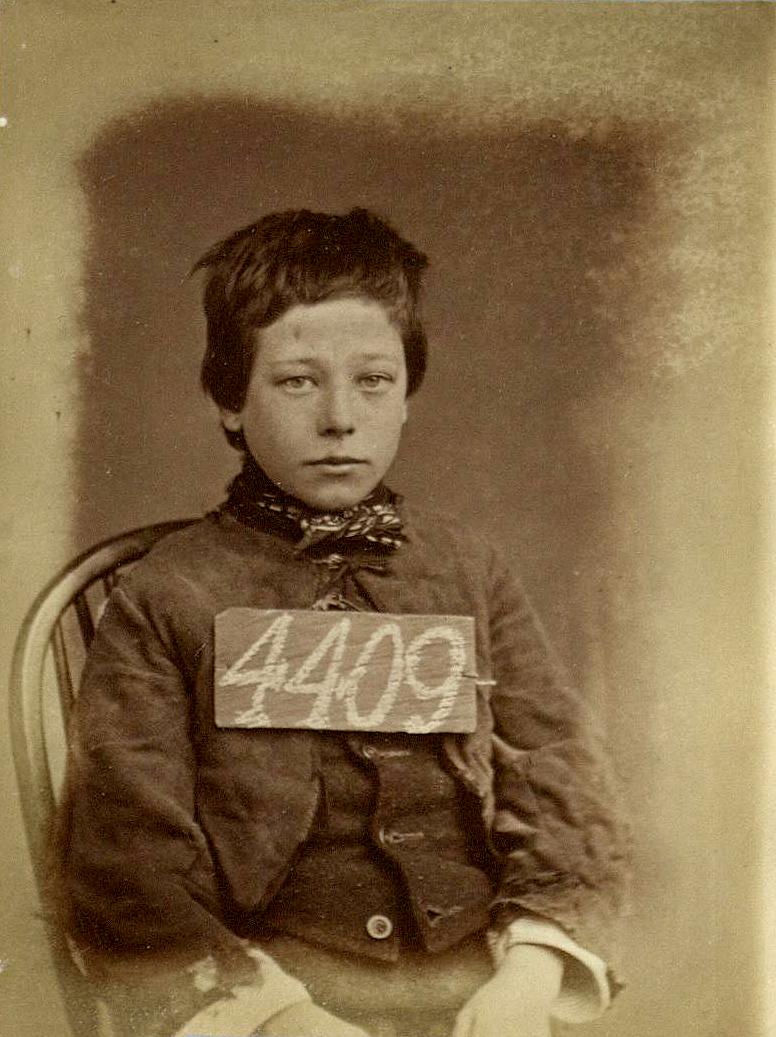 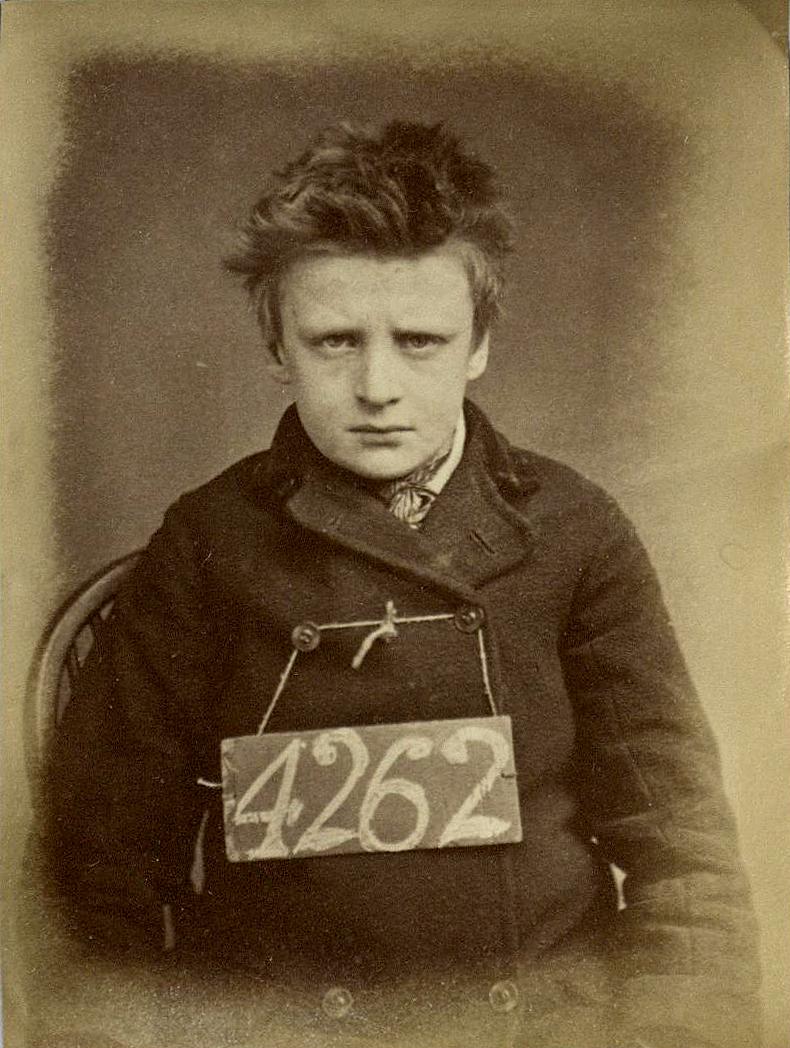 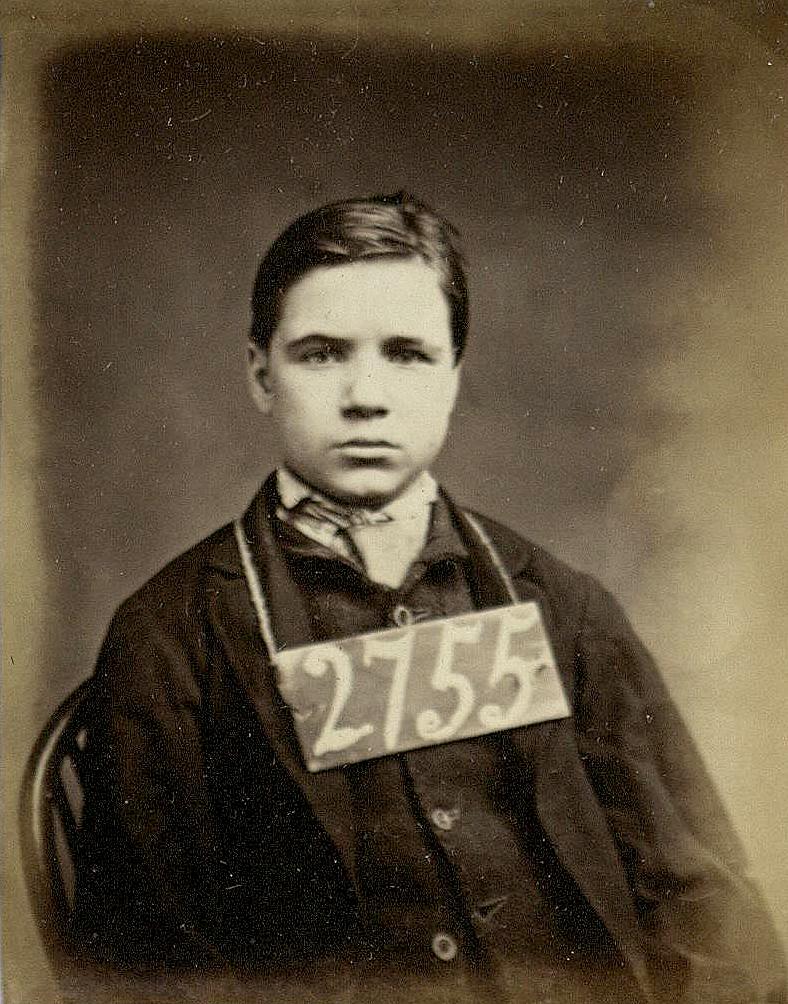 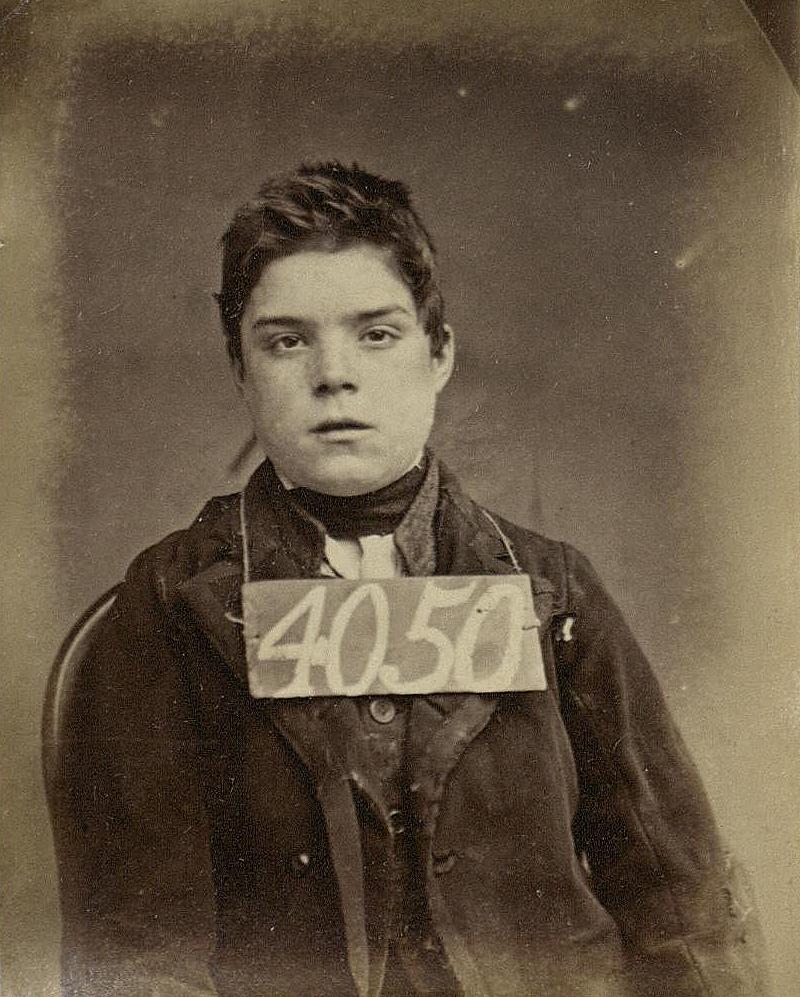 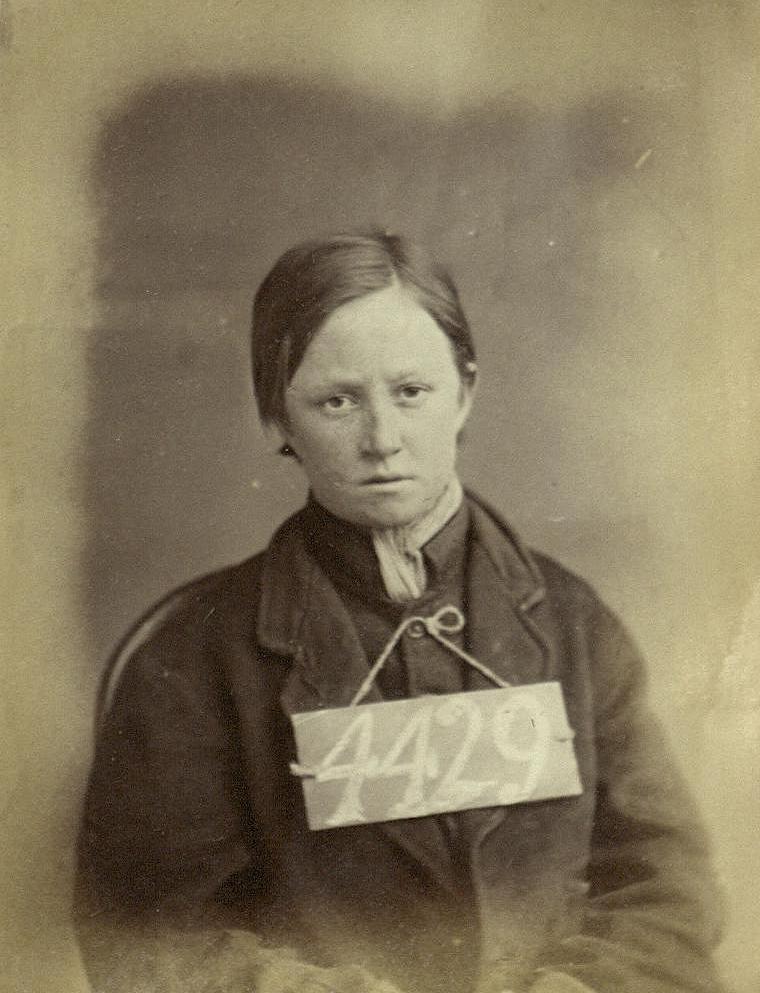 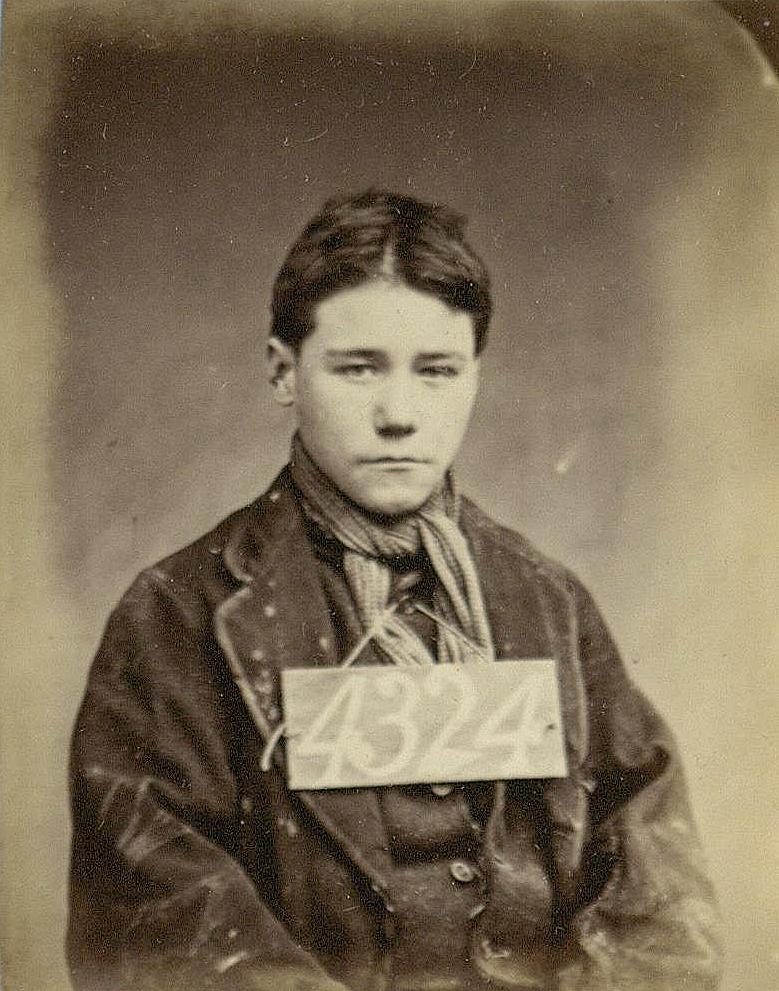 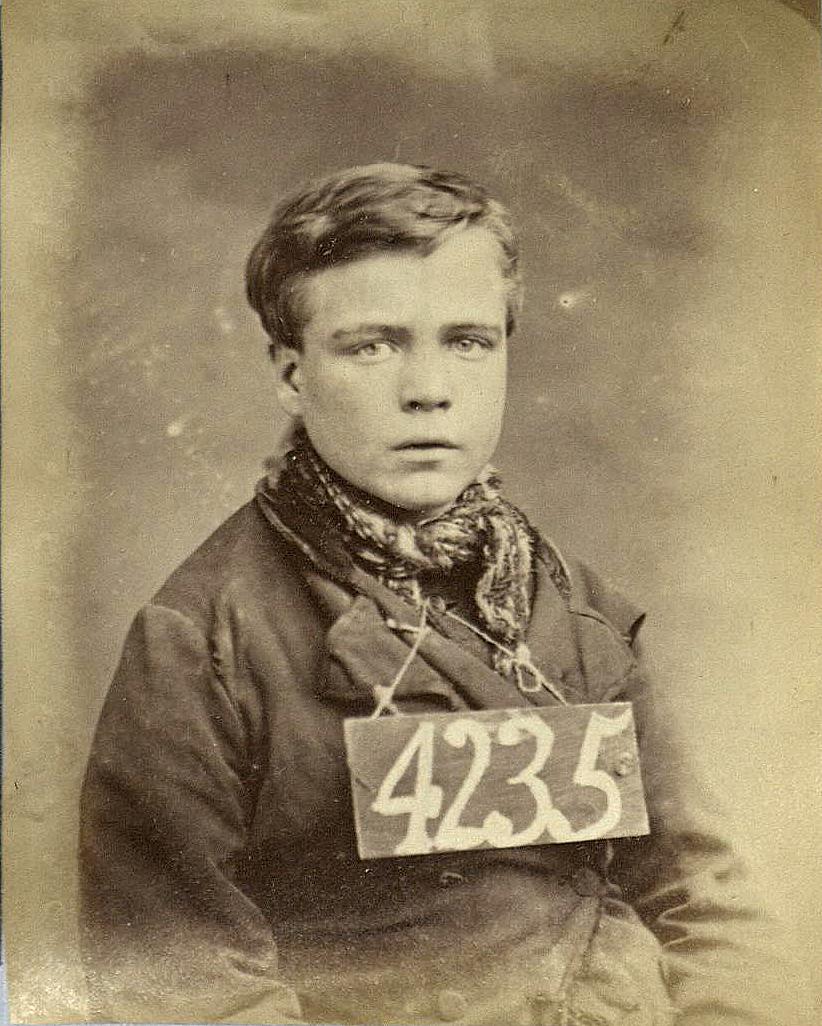 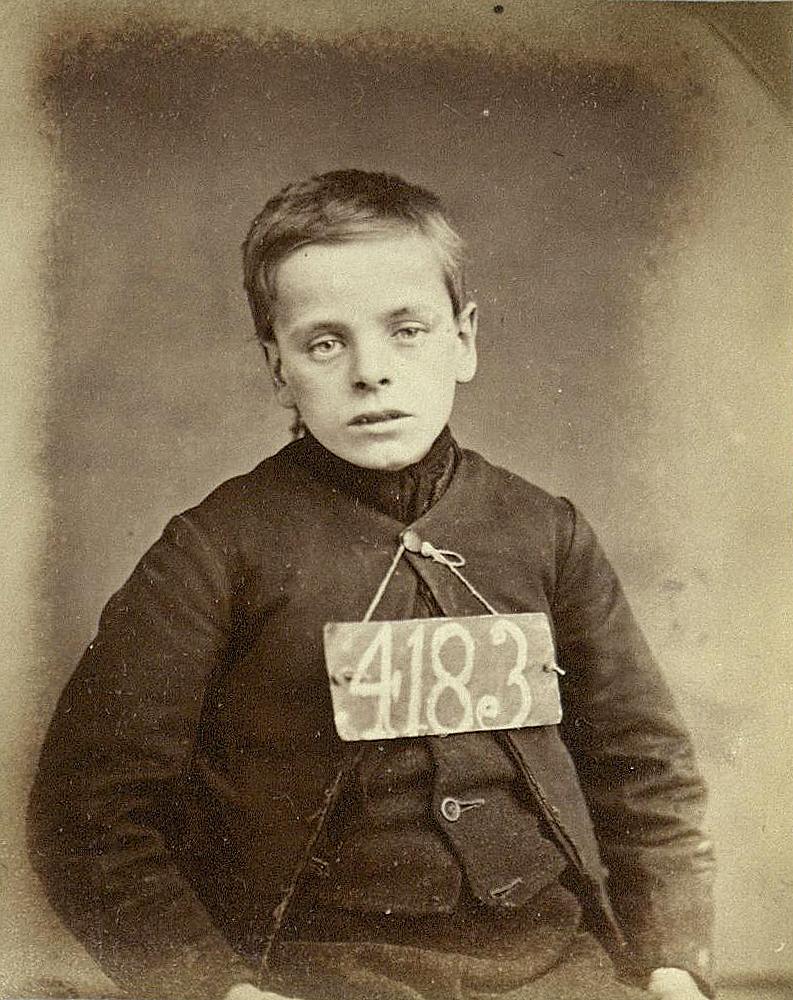 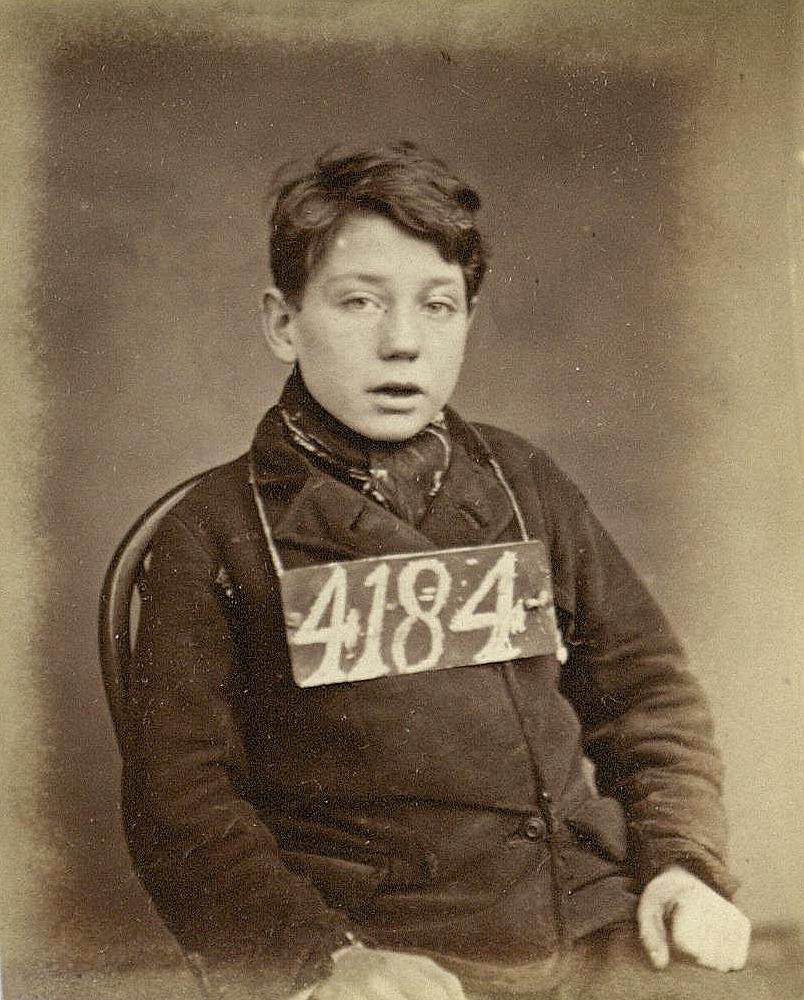 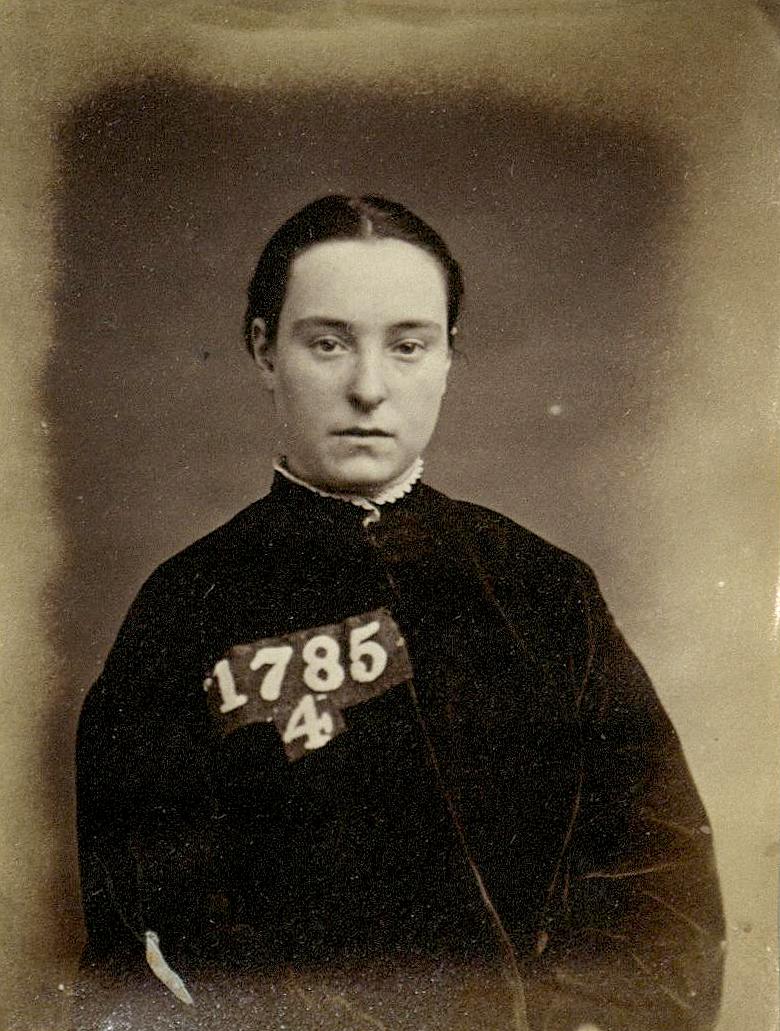 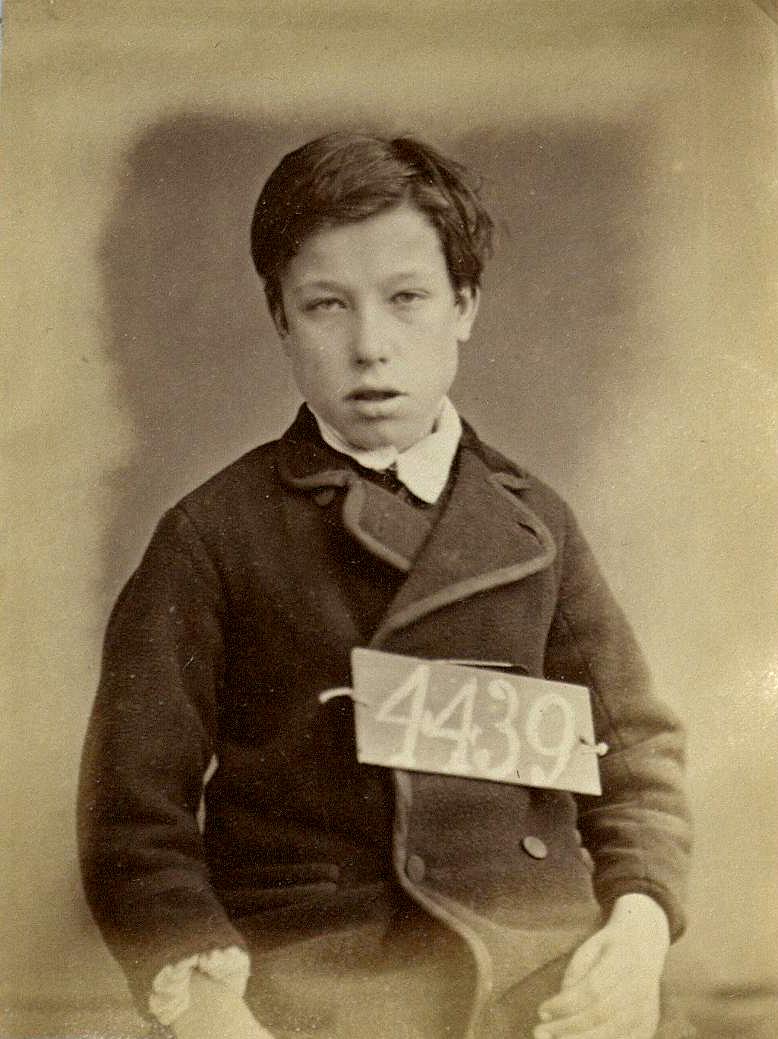 A mug shot is a photographic portrait of a person from the waist up, typically taken after a person is arrested.

The earliest photos taken for use by law enforcement may have been taken in Belgium in 1843 and 1844 – but in the United Kingdom, police in Liverpool and Birmingham were photographing criminals by 1848.

The man photographed for Britain's first recorded mugshot was thief Isaac Ellery who was convicted in March 1853 and banished to Australia for stealing cushions.

In America, mug shots have often been incorporated into wanted posters, including those for the FBI Ten Most Wanted Fugitives list.

There have been many famous mugshots throughout history, with the mugshot of 'Hot Felon' Jeremy Meeks even launching his modelling career after he was convicted of theft and possession of a firearm in 2014.

And other century-old mugshots  show that Edwardian criminals really dressed their best for the police.

Custody pictures – which include ladies in their best dresses and a man in a monocle – were taken over 100 years ago in Birmingham in the early 20th century. 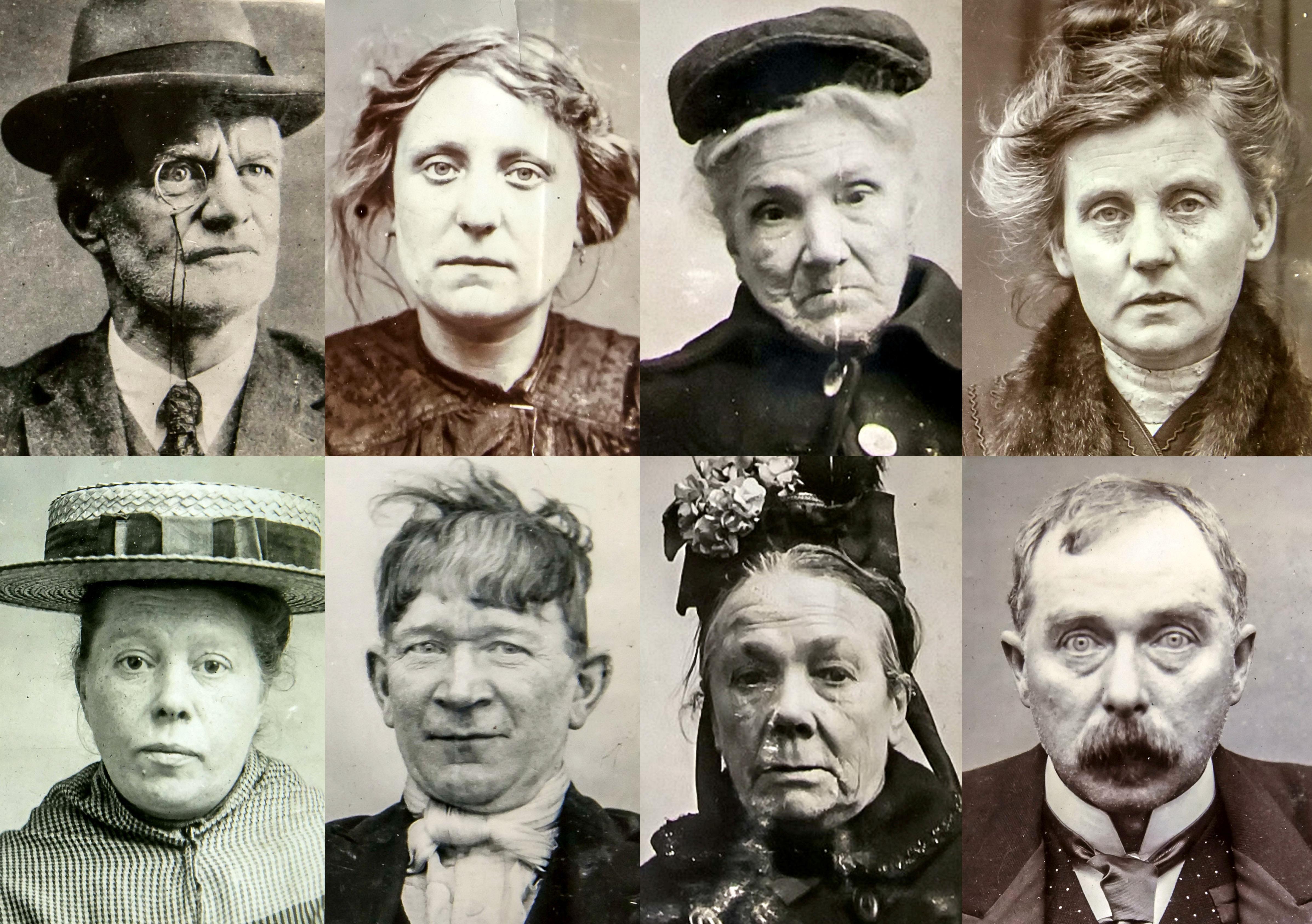 The snaps were unearthed in the West Midlands Police archives, and the mugshots were accompanied with scrawled notes about their crimes – with most of the accused being older and guilty of fraud or shoplifting.

Gentleman fraudster Henry Mercy, who was in his 60s, posed in a monocle and waistcoat for his mugshot after being arrested for fraud in 1903.

And another eccentric dresser was Emma Griffiths, 64, who donned a Queen Victorian-style outfit after being arrested for theft. 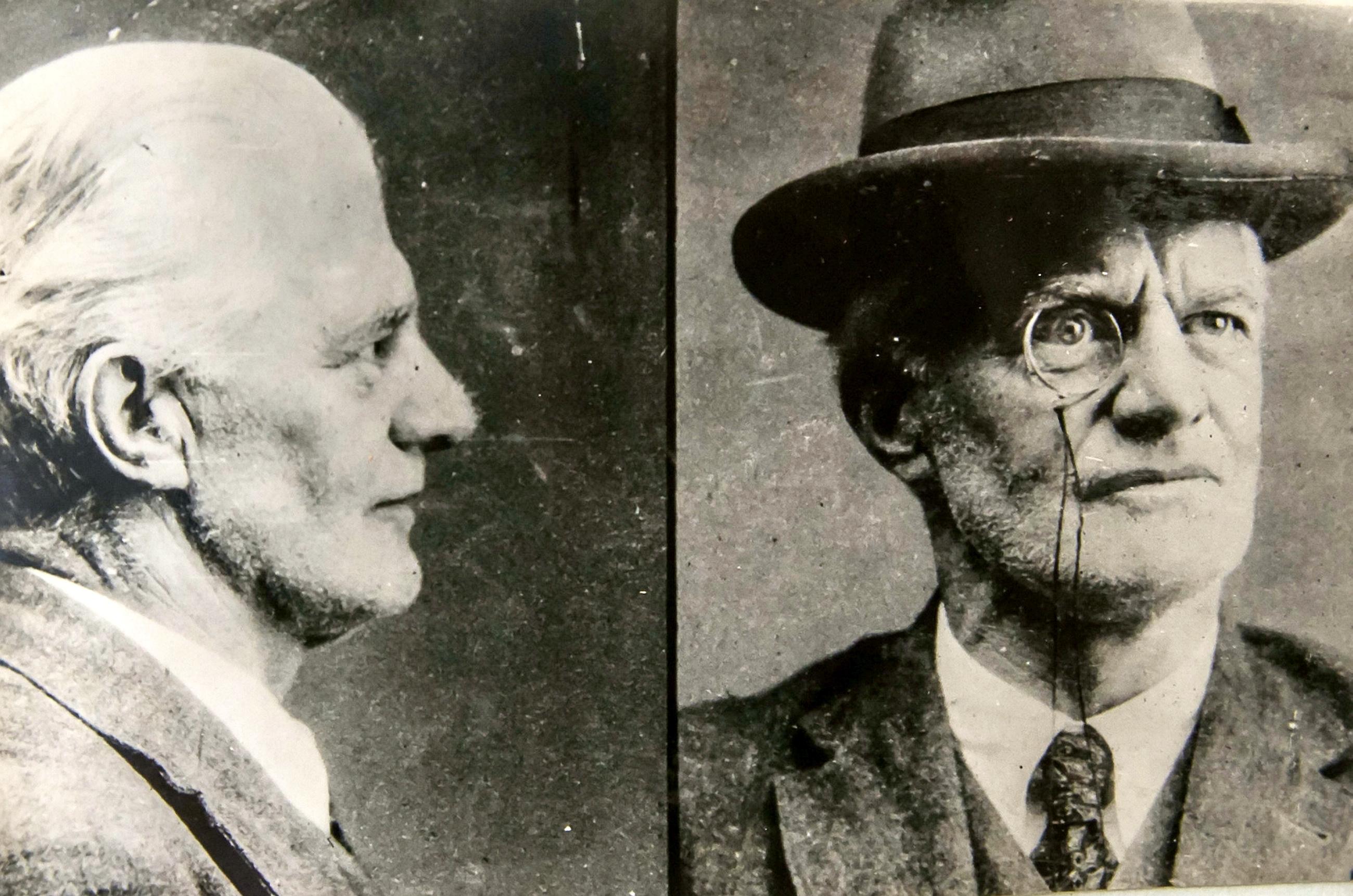 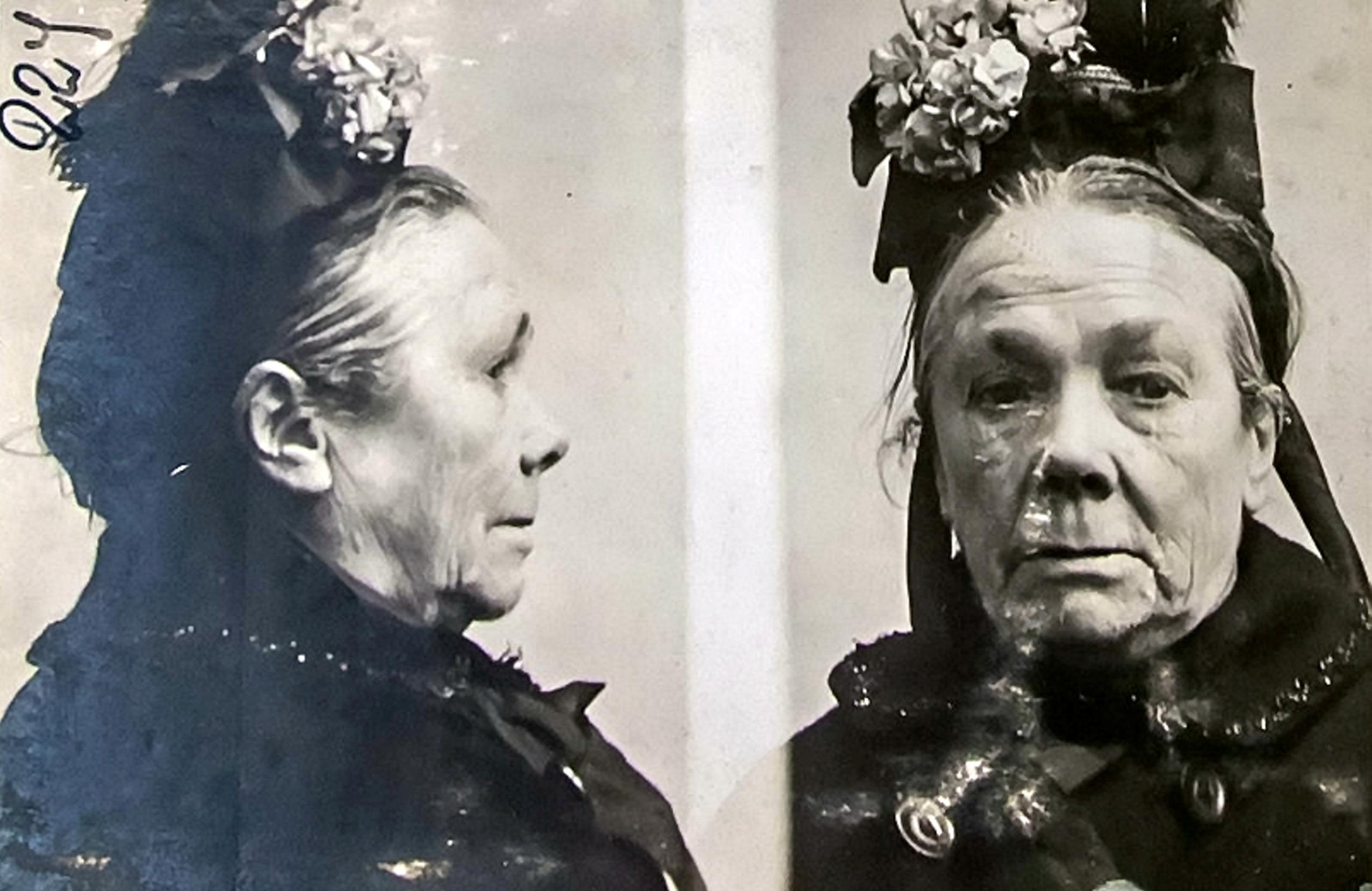