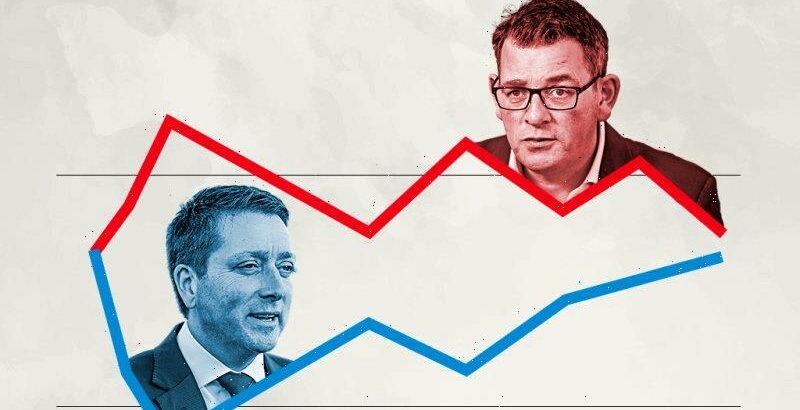 Victorians want policies that provide more relief from cost-of-living pressures, which has been identified as the most important issue by more than a quarter of voters.

With four days to go until the election, an exclusive survey conducted by Resolve Strategic for The Age revealed what voters are concerned about the most and the party promises most likely to influence them. 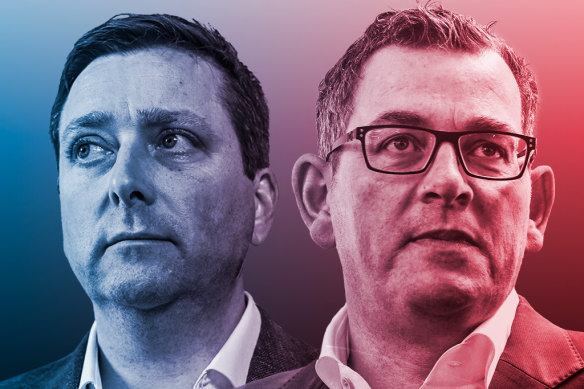 Labor and the Coalition are neck-and-neck for the primary vote, as voters demand policies that ease cost-of-living pressures Credit:The Age

More than one in four voters (27 per cent) said cost of living was the policy area influencing them the most this election, with the issue outranking all others for Labor and Coalition voters, as well as swinging voters and those living in marginal seats.

Only 12 per cent of voters singled out healthcare or the environment – the next two most important issues – as the policy area most likely to drive their decision on polling day.

The cost-of-living issue was also front of mind for Victorians who were asked to identify the election promises from the major parties that appealed to them. The Coalition’s promise to cap public transport fares at $2 a day received the most support, with 65 per cent of those polled backing the plan.

Labor’s promise to reinstate the State Electricity Commission (SEC) and set up publicly controlled renewable energy was also popular with 63 per cent of voters in favour of the policy.

The need for cost-of-living relief was also identified as one of the most significant issues at this election in The Age’s Victoria’s Agenda project.

One pensioner told The Age that “the critical question” this election would be which major party could provide relief from cost-of-living pressures.

“Sky-rocketing grocery bills, the rising cost of gas and electricity, and the stagnation of real wages whilst costs rise are questions I need [answered] from the political parties,” they said.

Another reader, from Melbourne’s north, said the rising cost of living, including fuel and rent, needed to be addressed by politicians.

He said Labor would also provide another round of its $250 power-saving bonus to every household if re-elected on Saturday.

“In terms of what we’re doing about cost of living, we’re not just talking about it, as others do. We have always made it a priority,” he said.

Opposition Leader Matthew Guy said the Coalition wouldn’t “promise the world” to relieve the inflation pressures on households. But he said policies to cut public transport fares to $2 a day, and to cover the cost of supply charges on power bills for six months, would make a difference.

“I think there is sensible things governments to do, and we’re going to try and do those,” Guy said.

The Resolve research also found that less than half the number of Coalition voters (3 per cent) listed the environment and climate change as their number one issue when compared to Labor voters (8 per cent).

But Labor voters were less concerned about integrity in politics, with just 4 per cent identifying it as their highest priority compared to 11 per cent of Coalition supporters.

The findings are part of a broader survey conducted by Resolve Strategic that showed Victorians had dropped their support for the Andrews government since the election campaign began, with the major parties neck-and-neck on primary votes.

When voters were asked which party performed better in most policy areas, Labor remained ahead of the Coalition despite losing ground in almost all policy areas since the campaign started.

Voters marked the Coalition as the better performer in economic management and supporting small businesses.

Monash University associate professor Paul Strangio said the survey results suggested the Coalition had won the campaign, despite remaining behind 53 to 47 in the two-party preferred result.

He said while both sides are “doing very poorly on honesty and trustworthiness”, the integrity issues that dogged Labor early in the campaign “appear to have been damaging,”.

“They seem to have piqued underlying concerns about the government,” he said.

“There is an interesting question of whether the controversies over Liberal Party candidates that flared at the weekend will now stall its campaign momentum.”

The Resolve Political Monitor surveyed about 1000 Victorians from last Wednesday to Sunday, with a margin for error of 3 per cent.