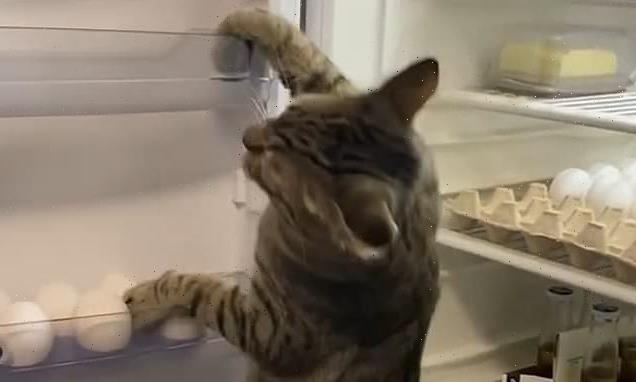 Just chilling! Cola the cat is caught climbing inside fridge after working out how to open the door

This is the moment Cola the cat is caught climbing into a fridge in Ukraine by its owner.

The cat was filmed jumping on a kitchen worktop before approaching the fridge in the corner of the kitchen.

The cat was then able to use its paw to break the magnetic seal on the fridge door, allowing it to open. 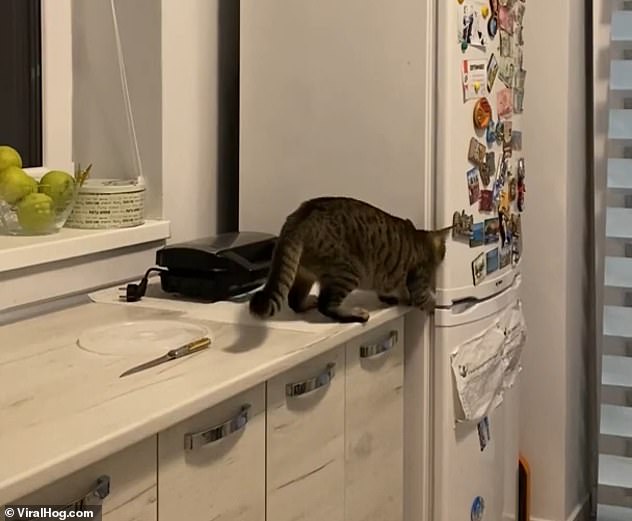 Cola the cat jumped up on a worktop in the kitchen in Uzhorod, Transcarpahia in Ukraine 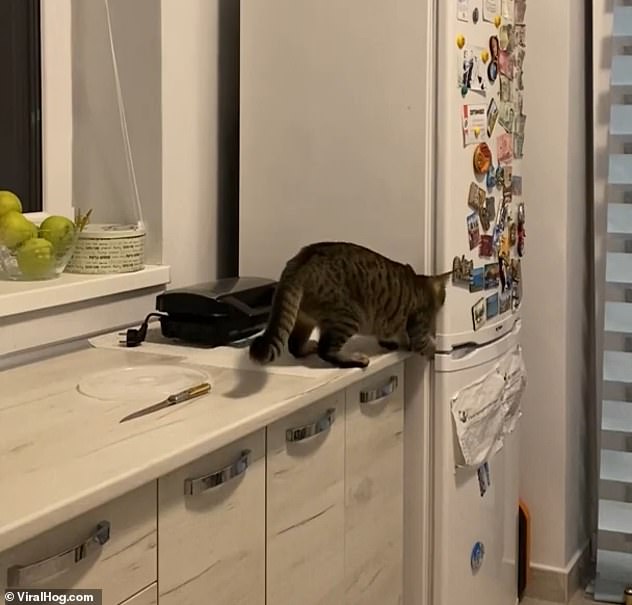 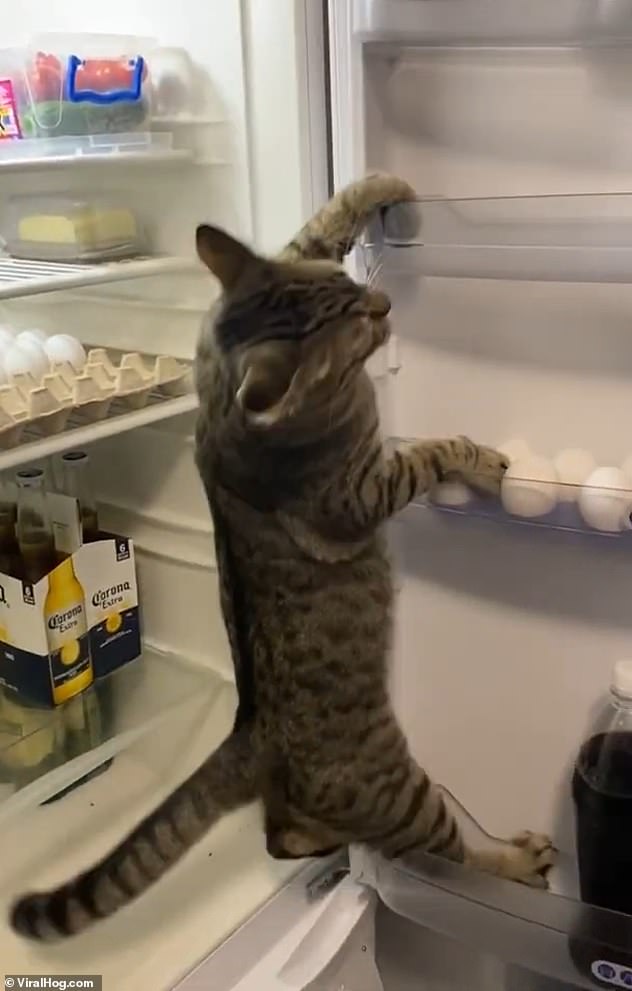 The cat climbed up the inside of the fridge’s door, ignoring much of the food inside

After opening the door, the cat leaped onto the drawers inside the fridge door and clambered up the side in the search for food.

The footage was shot in Uzhorod, Transcarpahia, Ukraine on October 8, 2020.

According to the cat’s owner: ‘His name is Cola.

‘He learned to open all the stuff in my kitchen, he especially likes to visit my fridge while I am in another room.

‘He is not hungry, just a tricky smart cat.’

However, Cola’s acrobatics are not as impressive as Qiqi, a three-year-old British shorthair who has been dubbed ‘spider-cat’ due to its ability climb a wall

Its owner Ms Luo, a teacher, said: ‘Qiqi loves climbing the walls, the doors. Wherever is the highest, she would try to get up there.’