This is the horrific moment a dog owner violently pummeled his puppy with his fist in the middle of a busy road.

Martin Frederick Jones, 32, attacked his golden labrador puppy, Millie, in front of several cars in Ellesmere Port, Cheshire, after she broke free from her lead.

The shocking incident took place on March 7 and Jones has been banned from keeping animals for three years. 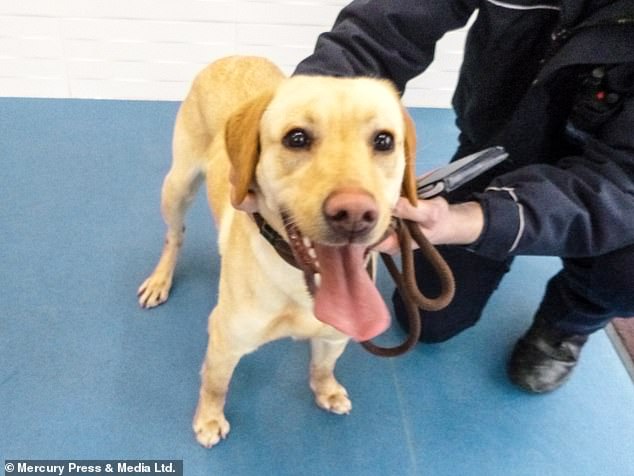 Martin Frederick Jones beat his golden labrador puppy Millie (pictured after being rescued by the RSPCA) in the middle of a street in Ellesmere Port, Cheshire 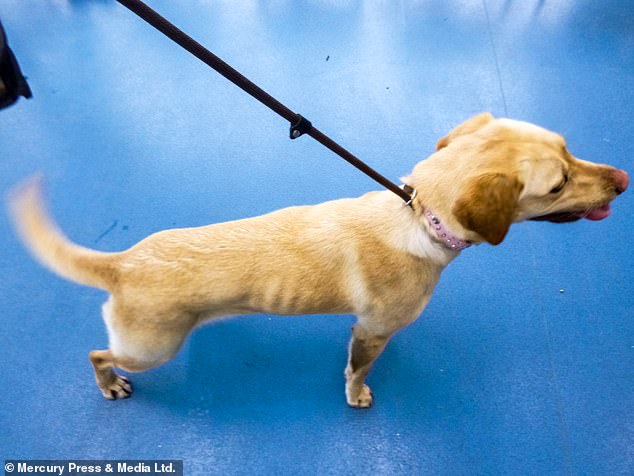 Witnesses reported him to animal welfare charity RSPCA who tracked down CCTV which showed the sustained assault ahead of traffic.

Jones was seen to chase Millie after she broke free while on her lead while they were crossing the road.

He then grabbed her and punched her numerous times in the middle of the busy street before casually walking off.

On Tuesday he pleaded guilty at Wirral Magistrates’ Court to causing unnecessary suffering to a dog and was also ordered to pay £700 costs, a £140 fine and a £30 victim surcharge, said the RSPCA.

Following sentencing, RSPCA inspector Anthony Joynes said: ‘The two members of the public who reported the matter to us actually saw an attack on the dog by Jones a few minutes after this incident was caught on CCTV.

‘It was because of them contacting us that we uncovered this video, which formed an important part of our case. 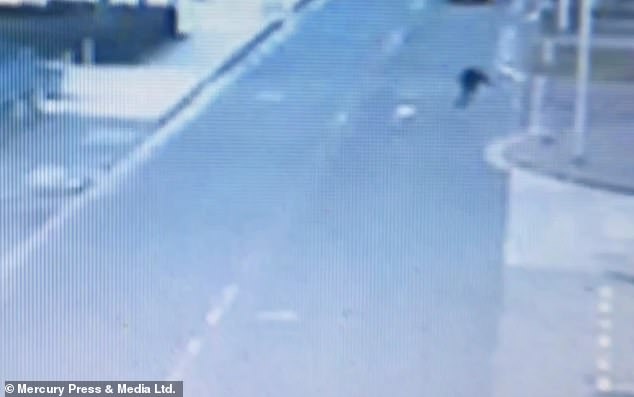 ‘I would like to thank them for reporting the matter, as without people like them the RSPCA would struggle to bring prosecutions and more importantly we would not be able to re-home abused animals like Millie.

‘There is never an excuse to use violence on any animal.

‘Sometimes people use training as an excuse but training should never be physical. It should be about positive reinforcement and be reward-based.’

Millie can now be rehomed after spending seven months in the care of the RSPCA Wirral and Chester branch.