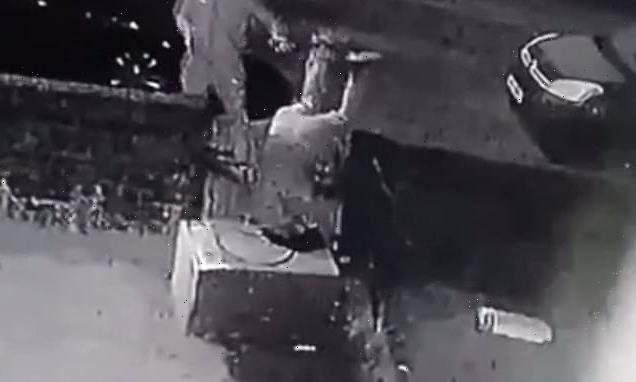 Taking a tumble! Painful moment man falls backwards over a garden gate as he tries to carry a tumble dryer on his shoulder

This is the bizarre moment a man fell backwards over a garden gate when he tried to carry off a broken tumble drier left outside a house.

Mr Donald had left the tumble dryer outside his house so it could be collected by a local scrap merchant.

The footage shows a man lifting up the dryer and apparently trying to carry it onto his shoulder. 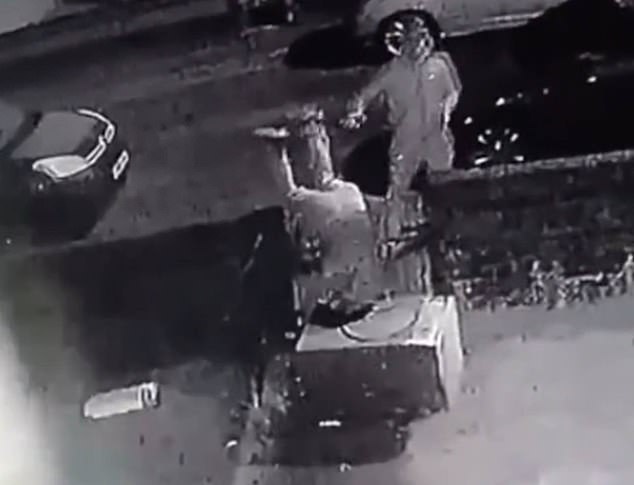 Garry Donald, 28, from Darlington, County Durham was reviewing his CCTV footage after he heard a loud bang outside the front of his house 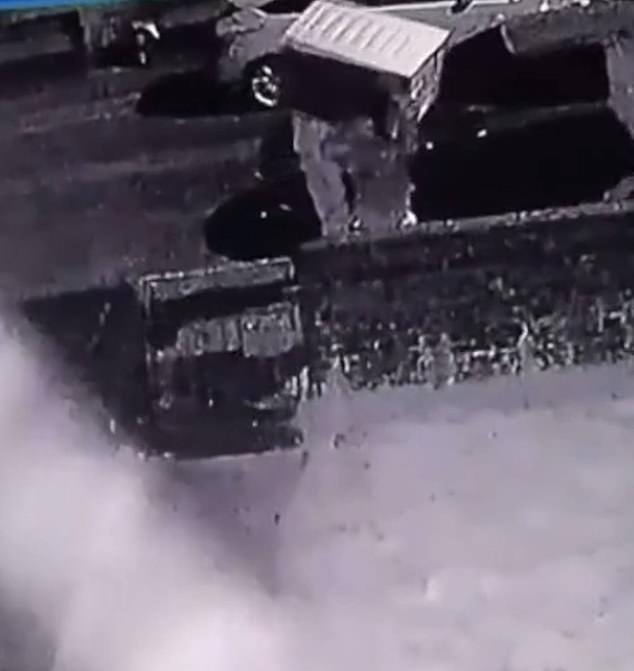 As he tries to bounce the bulky appliance upwards the weight proves too much and it tips backwards over his head.

The man tries to cling onto the dryer and is dragged backwards towards the garden wall, before the kitchen appliance appears to smash him on the head.

As the dryer falls to the ground he dragged headfirst over the gate, with his legs flailing in the air.

The man’s friend helps him back onto his feet and he rubs his head with his hand before the pair walk off, leaving the dryer on Mr Donald’s path.

Mr Donald shared the footage of the incident, which happened on January 19, on TikTok with the headline: ‘When you leave a dryer out for rag-bone men.’

More than 72,000 people have viewed the footage which has received thousands of ‘likes’.

While several made fun of the victim suggesting ‘auto spin was on a timer’ or claiming the man ‘took a tumble’. 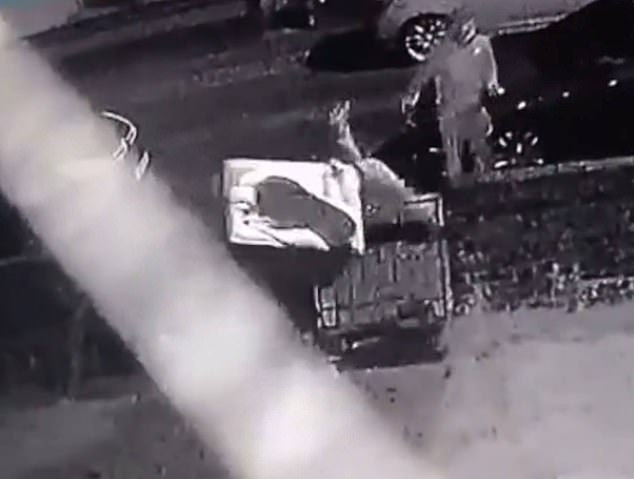 Commenting on the video, Mr Donald said: ‘I heard the bang on the fence and ran to the window as they were driving away and saw the dryer back on the other side of the fence.

‘I watched my CCTV back and was in stitches of laughter.’