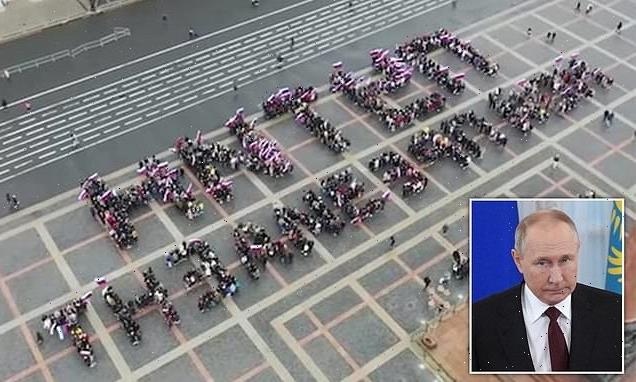 Russian TV bosses have pulled a video in which hundreds of schoolchildren spelled out birthday wishes to Vladimir Putin over fears it will make the leader look old.

Putin turned 70 on Friday, but Russian officials were told not to celebrate or hold parties for the leader to avoid publicity over him reaching the milestone.

It comes amid a wealth of speculation over the leaders health since he invaded Ukraine on February 24 this year.

The video, uploaded by St Petersburg TV, showed several hundred children spelling out the message ‘Putin is our President’ in honour of his birthday.

But it was taken down after just a few hours, with insider sources saying they had been given no prior instruction how to celebrate his birthday as they have in previous years, The Telegraph reports.

A source told Russian media outlet Meduza: ‘Why draw attention to the fact that our president has long been of the retirement age?’ 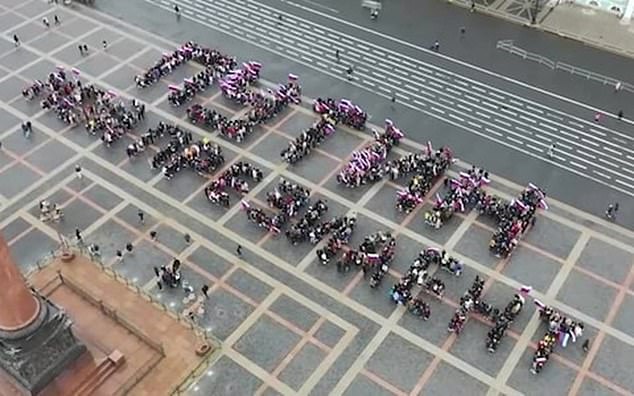 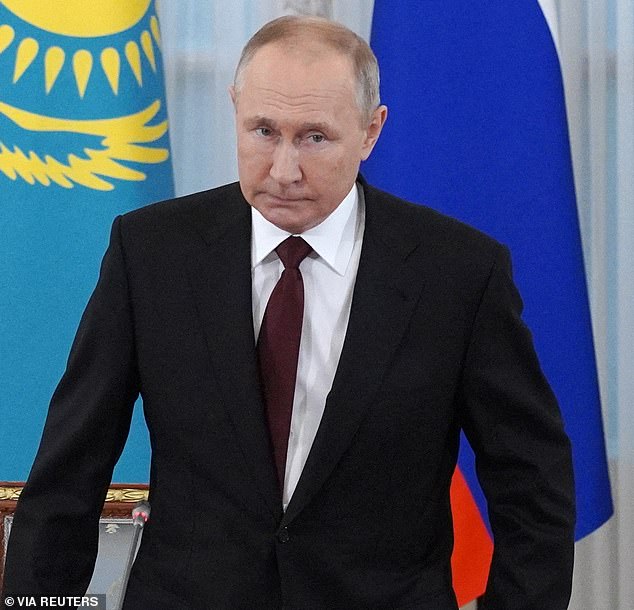 State-controlled media ran celebratory content of Putin’s 22 years in power on Friday, but rarely mentioned how hold he is.

Rumours about the President’s health at 70 are swirling, and have been ever since February.

In July, the Russian president was pictured awkwardly swatting mosquitos from his face.

Similarly, at a huge Victory Day parade in Moscow in May, the 69-year-old appeared to walk with a limp and had a blanket over his lap, while in April he was seen gripping a table during a televised meeting with his defence minister.

‘Not a single state in the 21st century has gotten bigger,’ it said.

Despite the annexation of regions including Donetsk and Luhansk, Ukrainian forces have made major gains in the regions which Russia stated would ‘remain Russian forever’ in chilling words for the nation.

It was reported that Russia brought school holidays early this week and plans to ‘evacuate’ Ukrainian schoolchildren to areas of territory still firmly under Russian control.

It is unclear how they plan to do this and whether the children or their families will be given any choice in the matter.

On his birthday yesterday, The Telegraph reports that Putin was given a gift certificate for a Belarus-made tractor for his birthday by Alexander Lukashenko, the Belarusian dictator.

Belarus’ government has been highly supportive of Russia’s invasion of Ukraine.

Meanwhile the president of Tajikistan offered a display of Central Asian melons and watermelons which were piled on the grounds of the palace where Putin met with leaders of former Soviet states.