A unit of police officers who taunted and tortured a group of nearly naked inmates at a Colombian correctional facility for juveniles were fired after their filmed attack went viral on social media.

The brutal pounding of about 20 male youngsters, all of which are shown laying face down wearing just boxer briefs, reportedly took place on September 28 at the El Redentor facility located in Bogota.

Colombian law enforcement authorities arrested seven guards and removed them from the police force. They could each spend 15 years in jail if found guilty. 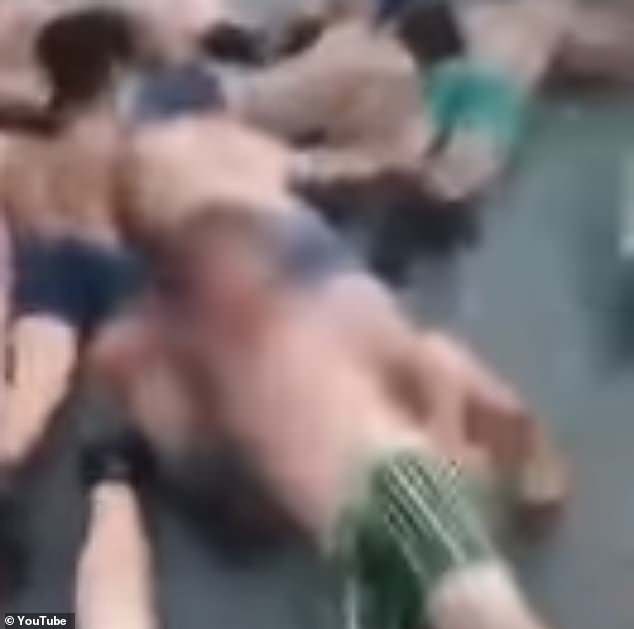 At inmate currently held at a correctional facility for juveniles in Bogota, Colombia was taunted and beaten by a police officer, one of seven that were arrested and fired

According to investigators, the young males were shifted to the correctional facility’s main plaza before they were battered by the police officers, who shouted obscenities at the defenseless juvenile inmates.

One of the victims is seen trying to crawl on his back as a number of other inmates are laying down motionless, following the orders of the menacing prison guards.

‘You don’t listen. Face down, face down. You don’t know what face down means,’ an enraged police officer shouted in Spanish as the young man held out his arms while crying.

As soon as the juvenile detainee starts to turn sideways before laying on his belly, the officer delivered two blows with what seems to be a service baton.

Another officer, who could have very well been the person recording the horrific beat down, makes fun of the beaten inmate: ‘Are you not a real man? Now you are crying like a girl.’

As he writhed in pain, he was hit a third time.

The disturbing video also shows another young inmate undressing himself and removing his white t-shirt.

A female police officer could be heard in the background screaming at a prisoner, ‘don’t you understand you have to be face down’, while the sound of another inmate being battered with the baton is heard. 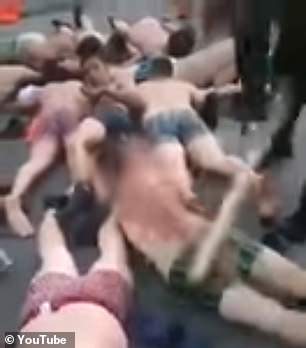 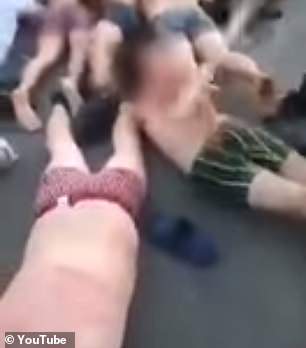 Colombian Attorney General Fernando Carrillo condemned the disturbing actions and promised a full investigation into the physical and mental torture of the inmates, some of whom should have never been held at the facility because they had already turned 18 and were past the age limit for inmates that can be detained inside the juvenile jail.

‘Unfortunately in this country we are getting accustomed every day to seeing  how the rights of minors and children in Colombia are being violated,’ Carrillo told a group of reporters on Monday.

‘Any type of aggression against a minor, I have repeated it many times, is a double crime because the rights of minors are constitutionally guaranteed.’