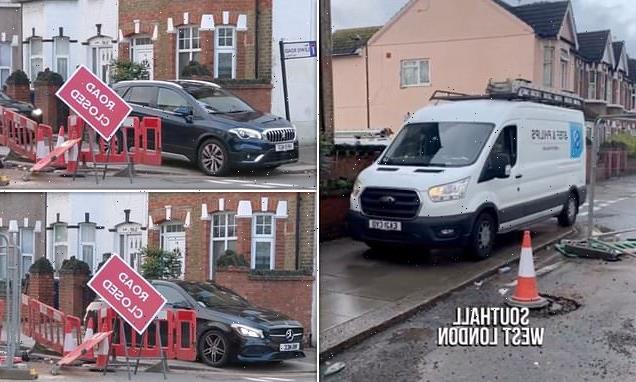 A video shows drivers mounting the pavement outside homes in a bid to skip road closures, forcing pedestrians to jump out of the way.

Pedestrians were left bewildered as cars in Southall, West London, carelessly chose to ignore road closure signs telling them that they could not pass.

Alarmed locals caught the acts on video, as one clip captures a man telling off the reckless drivers for refusing to obey the signs.

Cars in Southall, West London, carelessly chose to ignore road closure signs as they drove on the pavement

The vehicles are captured in a steady line, one behind the other, as they drive along the path

The angry pedestrian attempted to have the motorist reverse back down the path as he blocked the way forward. He held his ground and waved at the driver until they gave in and turned the other way.

Another shows people moving cones out of the way to make room for cars, vans, and motorbikes to drive through.

The vehicles are seen in a steady line, one behind the other, as they illegally drive along the path – with no regard for walkers.

Footage from another encounter shows a man in a white van stopping to talk to someone who was filming him.

Pointing ahead, the driver said: ‘I’m just going there,’

In response, the man behind the camera said: ‘You can’t just drive down the footpath.’ 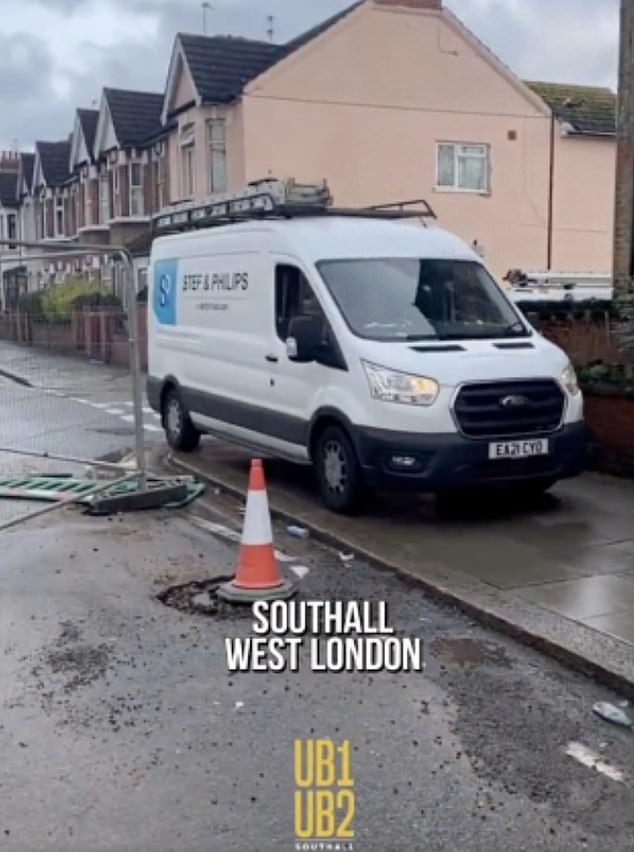 The van driver asks: ‘What do you want me to do?’

The pedestrian tells him to turn around and use his navigation device to choose an appropriate route.

Social media users on Twitter were quick to criticise the driver’s unsafe route.

One said: ‘Isn’t this irresponsible, anti-social, dangerous and illegal driving?’

Whilst a second commented: ‘The problem is, once one person does it, everyone thinks it’s acceptable.’ 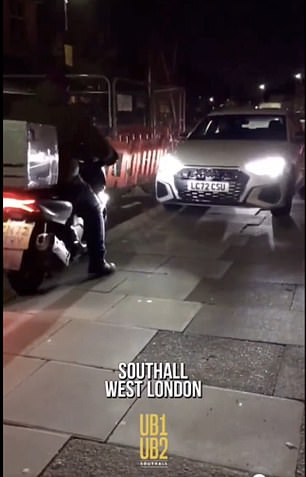 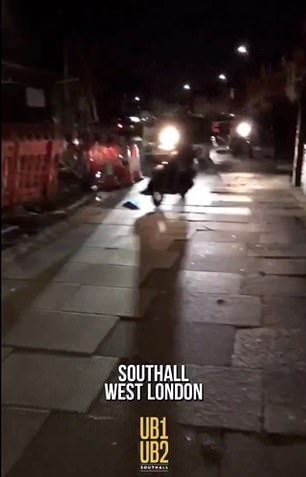 Another wrote: ‘Do these people not know what the signs mean?

And another user replied: ‘Unbelievable entitled from motorists, nothing more, nothing less.’

Highway Code Rule 145 states: ‘You MUST NOT drive on or over a pavement, footpath or bridleway except to gain lawful access to property, or in the case of an emergency’.

The criminal offence carries a fine and penalty points, but if classified as careless or dangerous driving it can result in disqualification, an unlimited fine and even imprisonment.

The Sun reported that the Metropolitan Police said: ‘This has been forwarded to the borough for further review.’