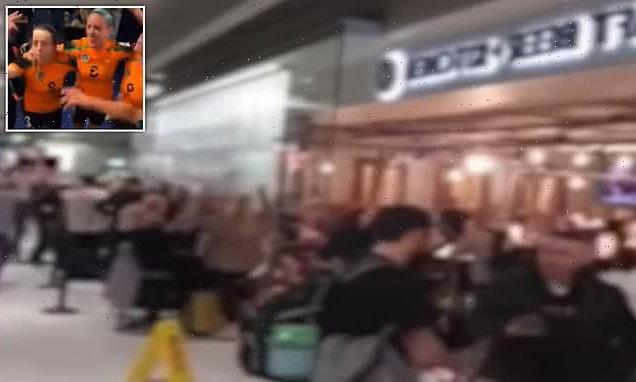 A group of passengers have been filmed singing a pro-IRA song at Dublin Airport – – as politicians condemn the footage as ‘disgraceful’.

The large group of passengers were seen clapping as they sang ‘Ooh ah, up the Ra’ in footage taken on Saturday.

The song, taken from the Celtic Symphony by the Wolfe Tones, is associated with support of the Irish Republican Army who carried out a series of bombings and assassinations in their long campaign of terror.

But politicians have today slammed the footage as ‘profoundly disrespectful’ amid fears the chant is becoming ‘normalised’.

‘Real dangers in this in this type of conduct becoming normalised or seen as acceptable. 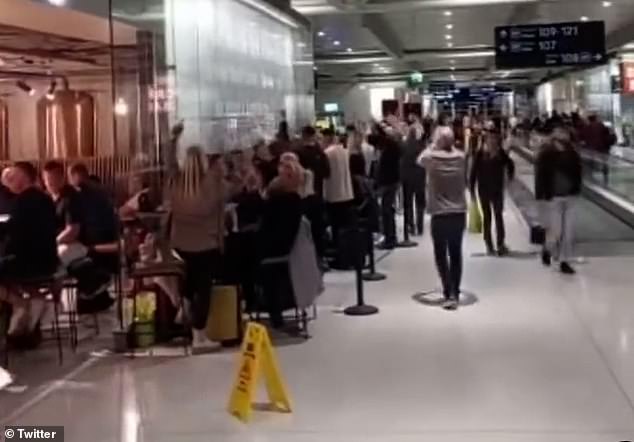 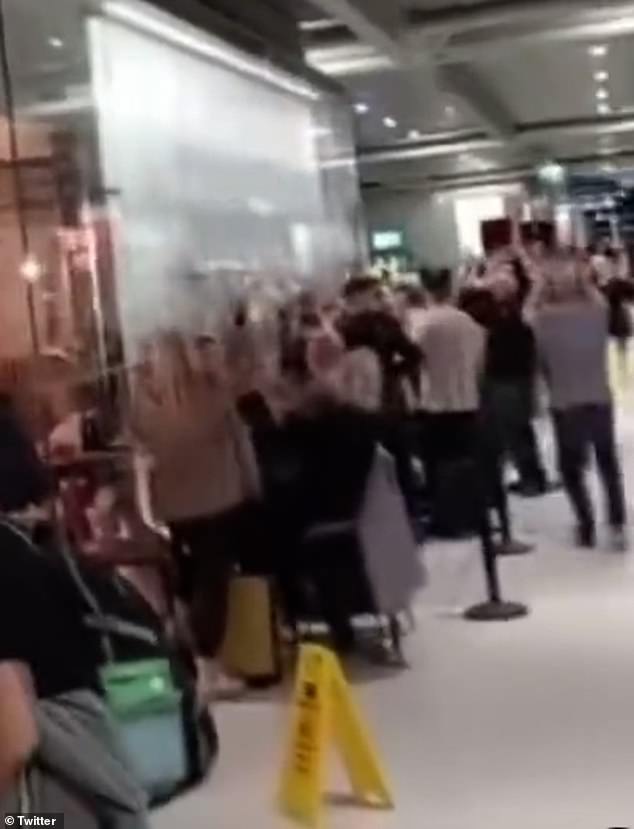 ‘Attempts at trying to rationalise this are as pathetic as the actual chanting. There was no good IRA with just a “few mistakes”. It was all bad.’

Northern Ireland Office minister Steve Baker said: ‘I am deeply shocked and concerned to see this behaviour in Dublin Airport.

‘This is profoundly disrespectful to the victims of terrorism.’

‘One doesn’t necessarily lead to the other but it makes this place we call home a better place for all of us to live.

‘Dropping a few lyrics isn’t a great sacrifice to make others feel included and part of us.’

A Dublin Airport spokesperson said: ‘daa operates Dublin Airport and our top priority is to ensure the safety and security of passengers and staff and to operate the airport in an efficient manner.

‘The responsibility for passenger behaviour in this instance rests entirely with the passengers in question.’

The video comes days after Ireland’s national women’s team were forced to apologise after singing a pro-IRA song in their dressing room after beating Scotland in a World Cup qualifier. 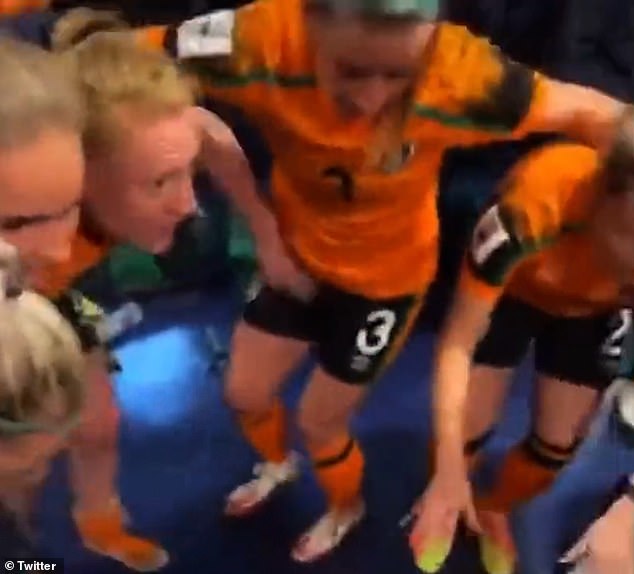 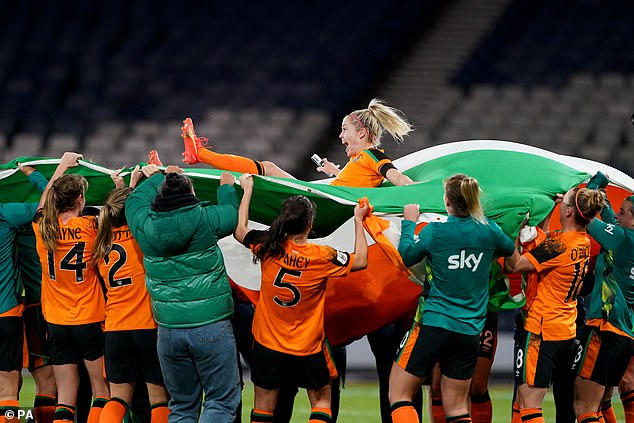 After footage taken in the Hampden Park dressing room in Glasgow circulated on social media, the Football Association of Ireland, and the team’s manager Vera Pauw, apologised.

Pauw, who is Dutch, said the player who posted the video on their social media was in tears after the row, and added the incident ‘does put a shadow’ over the team’s achievement.

The FAI said: ‘The Football Association of Ireland and the Republic of Ireland Ireland Women’s National Team Manager Vera Pauw apologise for any offence caused by a song sung by players in the Ireland dressing room after the FIFA Women’s World Cup Qualifying Play-off win over Scotland at Hampden Park on Tuesday night.’

Pauw added: ‘We apologise from the bottom of our hearts to anyone who has been offended by the content of the post-match celebrations after we had just qualified for the World Cup.

‘We will review this with the players and remind them of their responsibilities in this regard.

‘I have spoken with players this morning and we are sorry collectively for any hurt caused, there can be no excuse for that.’