This is the moment a ‘Wonder Woman’ fought off a thug who was stabbing his mother in the back with a six-inch knife.

Becky Lord, of Waterfoot, Lancashire, jumped out of her vehicle when she saw Sean Fell assaulting his mother Deborah Fell in the street by knifing her in the back twice.

Ms Lord, a full-time carer for her disabled son, kicked Fell in the groin while being punched in her head by the thug. 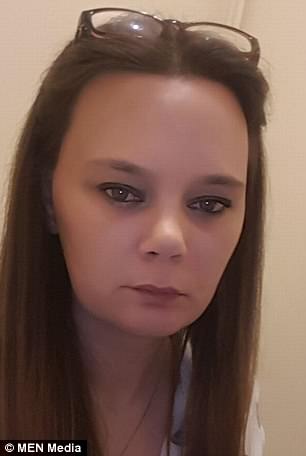 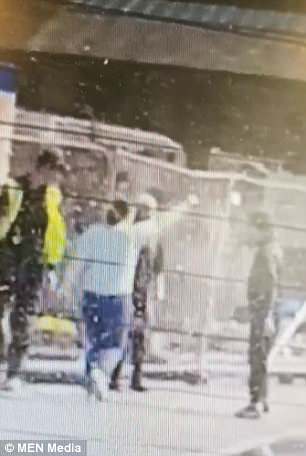 Becky Lord (left), of Waterfoot, Lancashire, jumped out of her vehicle when she saw Sean Fell assaulting his mother Deborah Fell (right) in the street by knifing her in the back twice

The mother-of-two has been praised by police and the judge following Fell’s conviction. The 30-year-old was jailed for 15 months after pleading guilty to ABH, possessing a knife in a public place and common assault.

Ms Lord, 32, said: ‘I thought everybody would do it. I wasn’t intimidated. [The police] called me Wonder Woman.’

The courageous carer was making her way home with her sister Rachel Brown when they noticed the attack.

Ms Brown decided to film the scenes on her mobile phone which were then later played in court.

Ms Lord told the Rossendale Free Press: ‘His mum was shouting that he had a knife, but I didn’t care.

‘Once he punched me to the head I felt I had free rein to hit him and I kept kicking him in the groin. ’

He added that her child had suffered from mental health problems and how she ‘feels he has been let down by the various mental health services’. 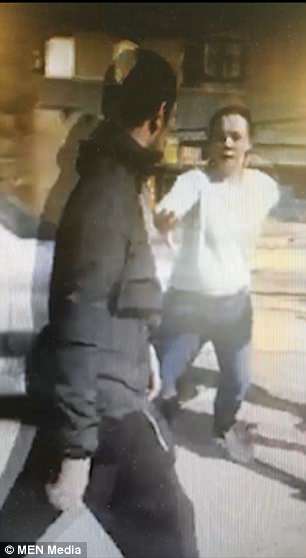 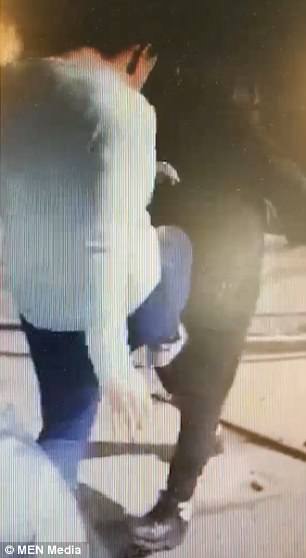 Mrs Fell had been given money by her son earlier in the day to get some shopping for him, the court heard.

Mr Parker added that the mother was at home on the afternoon of April 18 when friends of her son’s came round requesting the money, to which she told them that she had already spent the amount on shopping.

Fell then appeared ‘demanding the money’, repeatedly saying ‘you better give me my money’ before producing a six-inch bread knife with a serrated edge, the court heard.

His mother ran off down the street but was followed by her son and felt a ‘sharp pain in her back’, the court heard.

He told Fell: ‘You tried to fight her off but she was more than a match for you as it turned out.’